Libya turns on Russia over Ukraine war, but does it matter?

Libya’s incoming prime minister initially avoided commenting on Russia’s war in Ukraine. But after Russia welcomed his new government, he turned against Moscow. 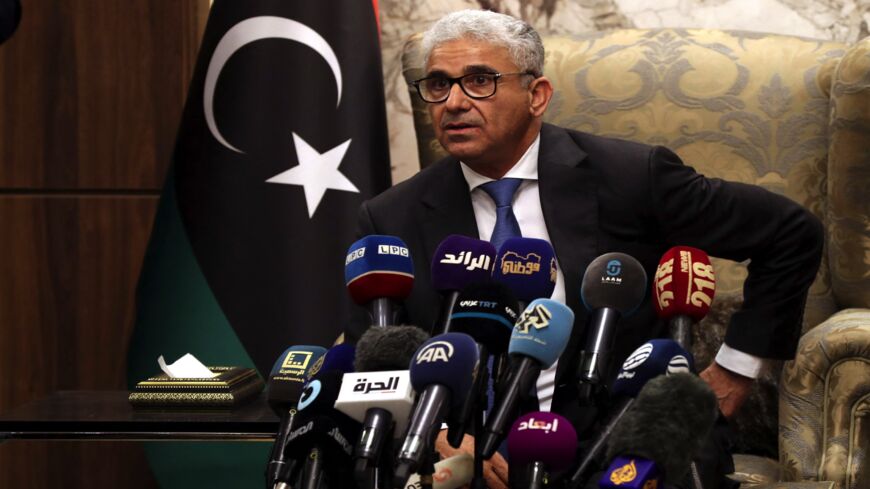 In his vote of confidence speech delivered on March 1 before parliament in Tobruk, Libya’s incoming Prime Minister Fathi Bashagha avoided any mention of the Russian invasion of Ukraine despite it being the dominant event of international politics. As the new prime minister, it would have made sense to comment on the issue.

The Russian Foreign Ministry was the first major power to have welcomed Bashagha and his new government. The ministry’s spokeswoman, Maria Zakharova, commented by saying, "We think that this choice by Libyan lawmakers should be respected."

"We hope that Libya’s new government led by Fathi Bashagha will be able to unify the Libyan society, which will help to successfully cope with the difficult tasks of the transitional period,” Zakharova said.  Even before the 2011 Libyan civil war, Moscow had good relations with Libya, where Russian businesses have multibillion-dollar contracts. During his 2008 visit to Libya, Russian President Vladimir Putin agreed to cancel Libya’s debt while signing a railway deal worth over $3 billion. After the civil war, Moscow became an important player in Libya by having a direct military role in the civil conflict.

A day after gaining the confidence of parliament members, Bashagha published a series of tweets in which he condemned Russia’s attack on Ukraine as a "clear violation of international law and the sovereignty of a democratic Ukraine."

Bashagha’s tweets are not as strong as the position taken by the outgoing government of his predecessor, Abdul Hamid Dbeibeh. Najla Mangoush, Dbeibeh’s foreign minister, tweeted on Feb. 24, "We [Libya] strongly condemn the [Russian] military attack" launched on Ukraine. She went on to call for de-escalation.

Mangoush was condemned and became the subject of ridicule by Libyans who thought that weak and chaotic Libya should be neutral in the current conflict between Kyiv and Moscow.

In the context of the war in Ukraine, Libya — like many Arab countries — depends on both Russia and Ukraine for its grain imports. The country is among the top 10 international buyers of Ukrainian wheat. To meet its domestic needs, back in 2009 Libya signed a deal with Ukraine to grow wheat on 100,000 hectares of land for its own consumption.

Politically, this means that Libya should be careful and must not take sides when expressing its position on the current crisis. To Daw al-Mansouri, a law professor and member of Libya's constitutional assembly, Libya should not be "perceived as a supporter” of either side in the conflict but neutral as many countries are. The professor also pointed out that Russia is a "major player in our country (Libya)."

Indeed, Moscow has been for years and continues to be an important player in the Libyan conflict, and the Kremlin wishes to maintain that position with as few Libyan parties angry as possible.

Russia’s Wagner Group, a private paramilitary organization, still has thousands of its mercenary fighters in Libya. They first appeared as military advisers in eastern Libya back in 2019, helping warlord Khalifa Hifter in his fight and ultimate victory against extremist groups in the region. Instead of leaving the country afterward, they stayed on as ties between Hifter and Moscow deepened.

As recent as 2019, the Russian mercenaries played an active role in Hifter’s attempt to take over Tripoli, the capital. But that 13-month military campaign failed in June 2020. In October 2021, Hifter signed a formal UN-brokered cease-fire — which is still holding.

Bashagha is now seen as an ally of Hifter, who is the "Kremlin’s man in Libya," said Tripoli-based political commentator Abdelsalam, who does not want his family name published. To him, Libya taking a pro-Moscow position is "harmless to Russia but could be very harmful to Libya."

He explained by saying that Russia still has fighters on Libyan soil and Moscow is a “veto power" in the UN Security Council (UNSC). The council is scheduled to discuss Libya on March 16.

Abdelsalam believes the role of diplomacy is to "cool" things down and "navigate crisis" in a way that does not harm your country even if it "does not benefit it." He cited the example of Egypt and how it reacted to the Ukrainian war, which, according to him, was both "professional and clever." Cairo, another regional player in Libya and an ally of Hifter, is a major importer of grains from Ukraine and Russia. On top of that, Cairo is a big client of Russian arms too, and taking sides in the current Ukrainian war is a mistake that explains Egypt’s neutral reaction.

An Egyptian Foreign Ministry statement called for "dialogue and diplomatic solutions" while helping stranded Ukrainian tourists by giving them free accommodations and making arrangements for them to fly to their preferred European destinations.

However, Egypt — despite its strong ties with Russia — on March 3 joined 140 countries that voted to condemn Russia's invasion of Ukraine in a rare UN General Assembly resolution. To Abdelsalam, that vote is not "harming Moscow" and is unlikely to have any serious impact on the warm relations between Cairo and Moscow simply because it is "meaningless in terms of practicalities." Indeed, only the UNSC resolutions have the power of law in international relations, and a similar vote in the council was already thwarted by the Russian veto.

Al-Monitor asked Mansouri if Bashagha acted in haste by tweeting his condemnation of Russia or if he was bluffing the Russians? He answered, "Bashagha must have consulted Hifter" and the two reached that conclusion, expecting no Russian punitive measures against Libya. Bashagha would not have won the vote of confidence had he not been on good terms with Hifter, who is a dominant political and military figure in eastern Libya.

If the Kremlin is unhappy about Bashagha’s comments, it is not saying. But that will be seen when the UNSC meets in few days. If Moscow is unhappy, it is very likely to cast its veto should any issue be put to vote. However, that is unlikely since Russia is now at odds with all major countries, including the United States, the UK and France — all UNSC veto members. These countries have not openly welcomed Bashagha’s appointment as prime minister, but they have expressed their desire to see peace prevail in Libya, the cease-fire continue to be respected and elections take place as soon as possible.

In a joint statement, the United States, the UK, France, Germany and Italy called for calm and warned that any Libyan party resorting to violence might become the target of the UNSC’s "sanctions committee," which is the subject of the upcoming UNSC meeting.