The agreement has been in the works since shortly after the signing of the Abraham Accords in 2020. 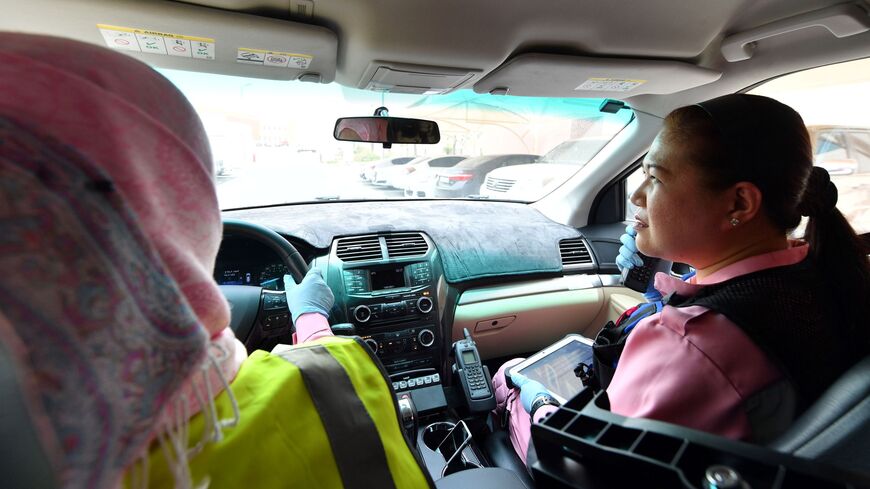 Philippines doctor Maria Lagbes sits in a pink ambulance of the Women Responders team in Dubai on July 13, 2017. - GIUSEPPE CACACE/AFP via Getty Images

Israel and the United Arab Emirates Thursday signed a memorandum of understanding on the mutual recognition of driving licenses issued by each country.

The agreement was signed by Emirati Interior Minister Lt. General Sheikh Saif bin Zayed Al Nahyan and Israeli Transport Minister Merav Michaeli and the Expo 2020 Dubai. Holders of licenses from the UAE and Israel will be able to drive in the other country without taking additional tests, the official Emirates News Agency reported.

The agreement has been in the works since the Trump administration-brokered Abraham Accords were signed in 2020. That year, Director General of the Israeli Foreign Ministry Alon Ushpiz mentioned the driving license negotiations at an Al-Monitor event on Israel-UAE normalization.

“The implication of this is if you are an Israeli businessman and you go and open an office in Dubai, the UAE is welcoming you to stay and live in the most normal way possible,” said Ushpiz. “These things are the building blocks of the strategic thing we are working on.”

Israel and the UAE have pledged to cooperate in a multitude of fields since the signing of the Abraham Accords. Companies in both countries are currently exploring cooperation on clean hydrogen as an energy source. Israel is also working to boost tourism from the UAE. Trade between the two countries has also steadily increased since 2020.

The Dubai Expo 2020 in particular has been a source for building Israel-UAE ties. Many Israeli public and private sector entities have participated in the cultural and business forum.

The United Arab Emirates became the third Arab state to recognize Israel in 2020, and the first to do so in more than 20 years. Their decision led Bahrain and Morocco to subsequently establish ties with Israel. The historic agreement has been praised for fostering peace in the Middle East, but was also criticized for sidelining the issue of Palestinian self-determination.