Tehran blames Israel for attacking last month one of its bases in the west of Iran, allegedly destroying hundreds of drones. 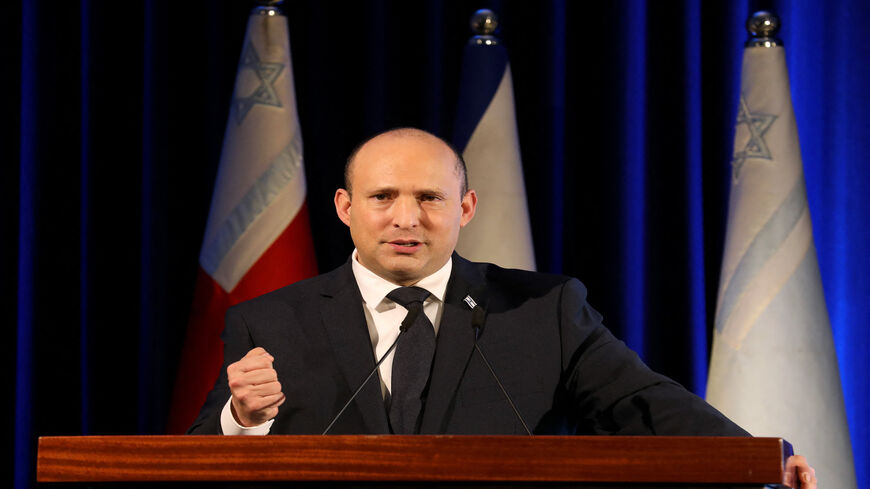 The low-intensity Israel-Iran war is escalating. For years conducted covertly, using surgical measures and keeping below the radar and away from the spotlights, the clashes between the sides are accelerating toward an outright war. The sides are still trying to operate without assuming public responsibility for their actions, using proxies and mounting “low-signature” attacks, but these rules are also being gradually abandoned. In Jerusalem, someone seems to have changed Israeli policy (more on this later). In Tehran, someone seems to be losing patience, becoming increasingly unwilling to continue containing attacks on its proxies and in Iran proper attributed to Israel.

According to the Lebanese Al-Mayadeen TV channel, linked to both Hezbollah and Iran, hundreds of unmanned aerial vehicles (UAVs) of various kinds, including attack drones, were destroyed in a massive air raid last month on a western Iranian base near the town of Kermanshah. The Iranians, according to the report, attribute the strike to six Israel air force attack drones. Israel has not responded to the allegations, and did not take responsibility.

If true, and no one has denied it so far, the report suggests an extensive operation somewhat reminiscent of the initial hours of the 1967 Six Day War, when Israel destroyed the air forces of Egypt, Jordan and Syria (as well as part of the Iraqi air force), dealing its Arab neighbors a decisive blow that determined the outcome of that war. While Israel and Iran are not officially at war, and states are unlikely to deal knockouts to their enemies within six days, an operation that took out much of Iran’s UAV fleet would constitute a top-notch strategic achievement.

This week, in the early hours of March 13, a dozen ballistic missiles reportedly struck targets in Iraq's northern Kurdish capital of Erbil. Iran's Islamic Revolutionary Guard Corps claimed responsibility for the strike on what they said were US-allied Israeli targets. According to assessments, the missiles were fired in retaliation for the destruction of the UAV fleet last month, rather than this month’s killing of two senior-level Iranian commanders in an air raid in suburban Damascus, which Iran has attributed to Israel and pledged to avenge.

Even as the two Iranian commanders were being buried in Iran, a seemingly coordinated state-mounted cyberattack brought down Israeli government websites for a short time in the evening hours of March 14.

These latest developments, which sent temperatures soaring despite the unseasonal cold spell in the Middle East, could explain the long list of top-level Israeli officials visiting Washington over the past week. These include head of the Shin Bet domestic security agency Ronen Bar, followed by Military Intelligence Chief Maj. Gen. Aharon Haliwa and the deputy chief of staff of the Israel Defense Forces, Maj. Gen. Herzl Halevi. Official statements reported that the trips to the US capital were conducted for the purpose of annual assessment meetings with their American counterparts. In background briefings to journalists, Israeli officials said the security chiefs delivered warnings about a possible security flare-up. Were they referring to unrest in Jerusalem, potentially prompting attacks from the Gaza Strip, ahead of the upcoming Muslim holy month of Ramadan, or to the volatile Israel-Iran front? Hopefully, we will never know.

As reported here previously, even before taking office, Prime Minister Naftali Bennett had long advocated a shift in Israeli policy from what he called wasting energy and resources on striking Hezbollah and other Iranian proxies rather than mounting direct attacks on what he called the Iranian “head of the octopus” dispatching these proxies on their anti-Israel missions. Responding as a Cabinet minister in 2015 to then-Prime Minister Benjamin Netanyahu who described Iran’s strategy as “arming the cat’s paws,” Bennett argued that the time had come to attack the cat itself.

In an interview with Maariv newspaper some six weeks ago, Bennett was asked about his suggestion that Israel should consider direct assaults on Iran rather than on its proxies. “True. We played into Iran’s hands all these years. We were simply suckers. I, too, when fought in the Second Lebanon War, was a sucker. I fought against Iranians proxies while the ayatollahs, who funded all of this and gave the orders, were immune and remained unharmed. When I entered office, I decided to examine all this thinking and start learning from scratch, with an emphasis on events happening in Iran proper.”

Has Bennett decided to shift Israeli strategy and order more direct hits with a higher signature inside Iran? That is unclear. Israel has not assumed responsibility for recent attacks in Syria or Iran, but both sides are known to be waging a drone war, dispatching unmanned vehicles of various sizes against each other.

Retired air force commander Maj. Gen. Eytan Ben-Eliyahu told Al Monitor this week, “There are two new dimensions that cannot be ignored, and they are the variety of the UAVs Iran has and their quantity.” According to the former ace pilot, drones have turned from being a relatively primitive tool to constituting an extensive force array with capabilities to damage, destroy, collect intelligence, wage electronic warfare and play an important battle field role. It is unknown as yet what portion of the Iranian UAV force was destroyed in the strike attributed to Israel.