Israel implements some but not all sanctions against Russian oligarchs

Israel’s leadership said that the country will not enable Russian oligarchs to bypass Western sanctions, but at the same time it did not commit clearly to adopt all the sanctions. 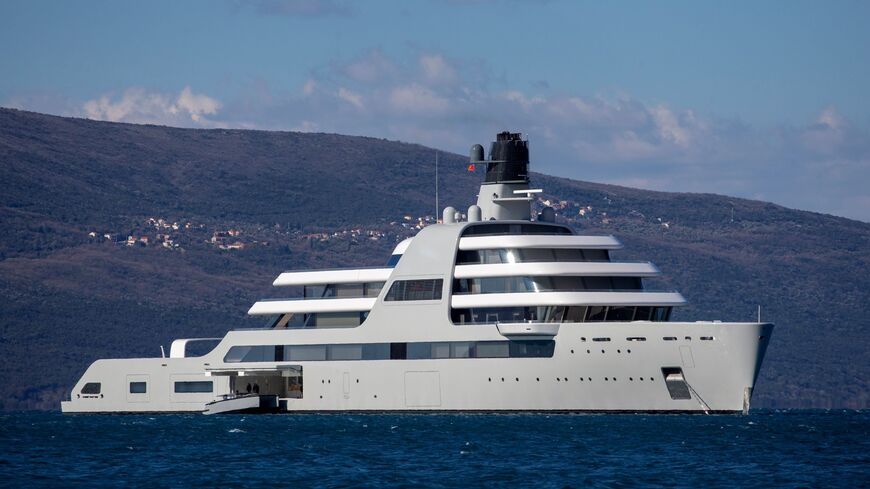 US Undersecretary of State for Political Affairs Victoria Nuland made it clear March 12 that the Biden administration expects Israel to adopt the sanctions imposed on Russia by the West. “We're asking as many countries as we can to join us. We're asking that of Israel as well. Among other things, you don't want to become the last haven for dirty money that's fueling [Russian President Vladimir] Putin's wars,” she told Israel’s Channel 12.

A senior US official briefed Israeli journalists about Ukraine this week, on condition of anonymity, saying, “The United States encourages all of its partners, including Israel, to participate in all sanctions against Russia, which are expected to be upgraded very soon. This includes personal sanctions targeting senior officials of the Moscow regime and the people close to them.”

Israel has been toeing the line with this policy. On March 14, Foreign Minister Yair Lapid said that Israel was working to ensure its financial institutions “will not be a route to bypass sanctions imposed on Russia by the United States and other Western countries.”

Lapid chose his words carefully. Israel has not officially joined the sanctions campaign, nor did it pass any regulations or orders that would affect Israeli companies doing business with Russia. There are several different levels to the sanctions. What  Israel has implemented so far mostly involves banking and finance.

Concerning the transfer of money from Israel to Russia, things are simpler. Russia was cut off from the international SWIFT banking system, which also includes Israeli banks. Furthermore, the banks are not allowed to transfer money through Russia’s alternative Mir system. This has already posed problems for Jews trying to fly from Russia to Israel. Payments must now be made through international credit cards that are not linked to Russian banks, or by friends and family in Israel.

Aeroflot no longer flies to and from Israel, but El Al does still fly to and from Moscow. Most of its passengers are Jews immigrating to Israel or, at least, hoping to spend a protracted time here until the fighting in Ukraine and the restrictions against Russia are over.

Some Russian oligarchs active in Israel have been targeted by sanctions. These include Mikhail Fridman, Roman Abramovich, Viktor Vekselberg, Petr Aven, and others. Certain oligarchs, including Leonid Nevzlin and Mikhail Khodorkovsky, came under attack from Russian President Vladimir Putin once he came to power, while Vekselberg and others grew closer to him. Most of these oligarchs hold Israeli citizenship and can enter and leave the country freely. Still, Israel has not imposed any direct restrictions on those that have Russian citizenship only. Fridman, Aven, and Abramovich have all been targeted for personal sanctions, while Vekselberg has been on the list for direct sanctions since 2018.

Abramovich has already lost his Chelsea football team. The yachts and private jets belonging to him and the others have also been confiscated, if they failed to reach safe shores before the sanctions went into effect. Furthermore, their business dealings in the United States and Western Europe have been frozen. On Feb. 24, the day the war began, Abramovich transferred ownership of his investment firm [Norma Investments] to his business partner, David Davidovich. The firm controls major percentages of renewable energy interests and startups in the United States, Great Britain, and Israel. Evidence of this transfer of ownership can be found in reports submitted to the Israel Securities Authority.

Israel is still on the fence about personal sanctions against the oligarchs. Yad Vashem Holocaust Memorial Center recently announced that it suspended its strategic partnership with Abramovich, who was supposed to donate tens of millions of dollars to the museum and the International Institute for Holocaust Research.

But originally, Yad Vashem appealed to US Ambassador to Israel Tom Nides to exclude Abramovich from any sanctions. The request was subjected to sharp criticism in Israel, and Yad Vashem soon changed its position. Reportedly, Abramovich flew to Israel on his private jet this week, but he left the next day for Turkey. He is expected to relocate there for the near future. His stay in Israel was relatively short because of new government restrictions that private jets and yachts belonging to people under sanctions can remain in Israel only 48 hours. The restriction was imposed following a ban by the EU on jets from Russia entering its airspace.

This gives some sense of the way Israeli policy is being implemented. It does impose sanctions, but not like Europe and the US do.

Quite a few oligarchs have direct ties with Israeli politicians. In fact, Foreign Minister Yair Lapid said as much outright at a cabinet meeting Feb. 28, when he warned his fellow ministers not to attempt to help anyone who is subject to sanctions. Defense Minister Benny Gantz, for example, has ties with Viktor Vekselberg, who invested in his failed “Fifth Dimension” initiative [before becoming minister]. Similarly, Finance Minister Avigdor Liberman, Housing Minister Ze’ev Elkin, Justice Minister Gideon Saar, and others all have ties to various oligarchs, though admittedly, most of them are not yet on the list of sanctioned individuals.

“Ties between Israeli corporations and the business ventures of oligarchs who are sanctioned are examined on a daily basis,” a senior manager of one such company told Al-Monitor on condition of anonymity. As a result, all business with companies owned by Fridman and Aven has been frozen at this stage.

Then there is the matter of public image. In the past, Israel has been subjected to criticism for sheltering Russian oligarchs and turning a blind eye to their activities, in order to benefit from their investments and philanthropic donations.  What happened with Yad Vashem did not make matters any easier. If sanctions on the oligarchs continue, and Israel responds at the same slow pace, international criticism will only intensify.

So far, the government's response has been mainly to provide guidance to Israeli companies that have commercial ties with Russia. Last week, the Ministry of Economic Affairs held a webinar for some 160 such corporations to explain the sanctions and their implications on international trade. The one thing lacking was practical instruction about what to do. The professional staff of the various ministries is doing its part, while the political leadership sticks to the policy of sitting on the fence. They will not participate in the sanctions directly.

Their fear in dealing with Russia is both political and economic, and even the economic aspect is a double-edged sword. After all, trade with Europe and the United States is significantly greater than trade with Russia. That is why the professional leadership works directly with Israeli companies affected by the sanctions. They don’t want to see them get hurt.