Following up on the September meeting between Egyptian President Abdel Fattah al-Sisi and Israeli Prime Minister Naftali Bennett, Jerusalem and Cairo announced the opening of a flight route between Tel Aviv and Sharm el-Sheikh. 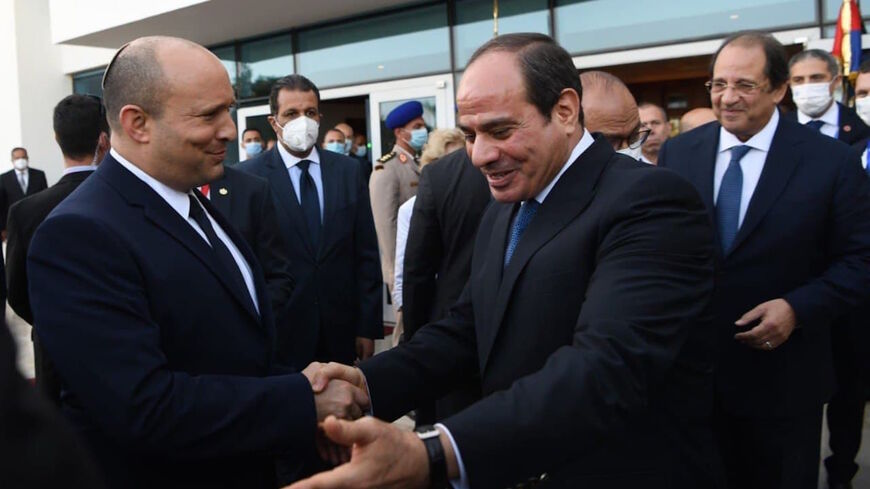 Israel and Egypt agreed today to open a new flight route between Tel Aviv Ben Gurion Airport and the Egyptian coastal resort of Sharm el-Sheikh. Prime Minister Naftali Bennett tweeted this afternoon, "We are inaugurating a new line from Ben Gurion Airport to the city of Sharm el-Sheikh (in the Sinai Peninsula), which will start operating next month. Cooperation between Israel and Egypt is expanding. Israel is opening up to the countries in the region, and this is another important step in warming up the peace agreement between Israel and Egypt."

Bennett also said that "both sides need to invest in strengthening this relationship, and that's exactly what we're doing. I thank the security forces that oversaw the arrangements that will allow this flight route to open."

The new route will expand the scope of direct flights between the two countries, allowing Israelis to reach Sharm el-Sheikh by plane instead of by taxi or bus, the only two methods of transportation that were possible. Sharm el-Sheikh has been a popular holiday destination for Israelis for many years, though security concerns had affected the number of tourists visiting the region. Tourist operators are now expecting that the new flight route will be launched ahead of the Jewish Passover holiday when Israelis flock to Egyptian Red Sea resorts. Flights should ease the holiday season's long lines at the Taba crossing point, as Israeli tourists will arrive at the airport and not at the terrestrial border crossing.

The 1979 peace agreement between Israel and Egypt stipulates that both countries would operate a flight route between Tel Aviv and Cairo. In the years after the signature of the peace treaty, EgyptAir set up a one-plane/one-destination daughter company titled Air Sinai in order to comply with the agreement. It did not want the EgyptAir brand to be associated with Israel in any way. Over the years, peace between the countries was described as cold, though former Prime Minister Benjamin Netanyahu developed significant security ties between the countries, which share interests over keeping the Gaza border calm.

Reportedly, the opening of the Ben-Gurion-Sharm route was discussed already last September in Sharm el-Sheikh during the first official meeting between Egyptian President Abdel Fattah al-Sisi and Bennett. Then, in October, EgyptAir launched a flight route from Cairo to Tel Aviv. The deal for the new flight route was reached after talks between Israeli and Egyptian security agencies, including Israel’s Shin Bet, Israel’s National Security Council and representatives of the Egyptian government.

In another sign of warming bilateral ties, Israeli athletes will participate at the Cairo 2022 Artistic Gymnastic World Cup opening March 17. It would be the first sports competition in Egypt since the 2005 Judo World Championships in which a senior team of Israeli athletes will compete. Israel will be represented by Olympic champion Artem Dolgopyat; Andrey Medvedev, a bronze medalist from the World Jumping Championships; and Alexander Myakinin, a bronze medalist from the European Championships two years ago.

On Feb. 14, Sisi made a gesture that made significant headlines in Israel and elsewhere. Entering into a Cairo convention hall, he crossed it to personally greet Israeli Energy Minister Karine Elharrar. The Israeli minister, who also participated in a conference, uses a wheelchair.

Israel’s ties with its other neighbor, Jordan, have also been warming up lately. Foreign Minister Yair Lapid met March 10 with Jordanian King Abdullah II in Amman. It was the second time the two men met since Lapid took office last June, but the first time that the meeting was publicized with a photo by Jordan.