Egyptian antiquities at risk in Ukraine

Two weeks into the Russian military operation in Ukraine, Egyptian archaeologists are seeking protection of Egyptian antiquities at the Odessa Museum in Ukraine. 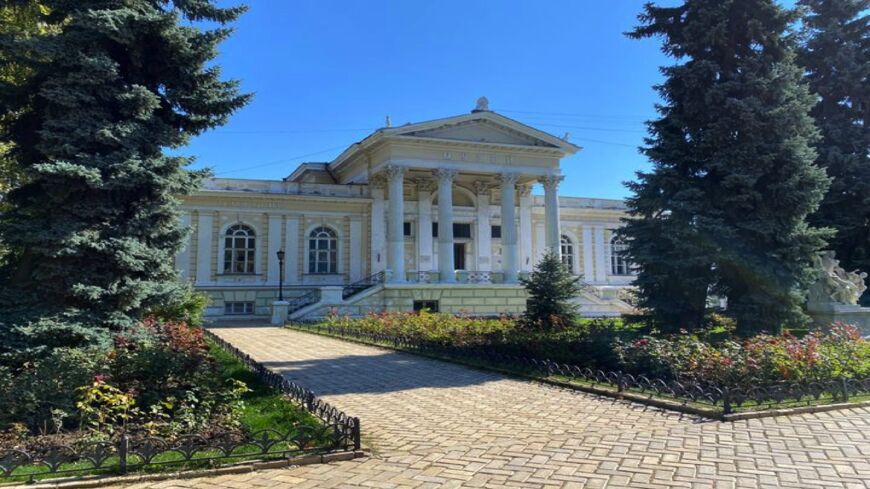 Art historian Konstantin Akinsha said in an article in The Wall Street Journal on Feb. 16 that the Ukrainian people and archaeologists fear that the current war may result in the loss of dozens of archaeological, historical and artistic collections. In 2014, the Donetsk Regional Museum of Local History lost 30% of its collection when it was struck 15 times by anti-tank missiles. Around 150,000 artifacts were destroyed.

Bassam el-Shammaa, a researcher in Egyptology and a senior tour guide, told Al-Monitor, “There are several archaeological and art museums in Ukraine, including the Odessa Museum in the south of the country, which is one of the largest Ukrainian museums and includes hundreds of Egyptian artifacts. It is currently under great danger due to the escalation of military operations between Moscow and Kyiv. It is important to protect these Egyptian antiquities and bring them back home to preserve our ancient history.”

According to the museum’s official website, “The Odessa Archaeological Museum houses the only collection of Egyptian Antiquities in the Ukraine. … The collection … currently has over 400 pieces covering the periods of ancient Egyptian history from the Predynastic period through to the Ptolemy period.”

Shammaa urged the official authorities in Egypt to submit a request to protect Egyptian antiquities and recover what they can from them. “Airstrikes during the military operations are causing great destruction to many facilities. Archaeological museums could be targeted next. There have been many warnings of this lately.”

In a statement on Feb. 24, UNESCO expressed its grave concern about the ongoing military operations and the escalation of violence in Ukraine. It called for “respect for international humanitarian law, notably the 1954 Hague Convention for the Protection of Cultural Property in the Event of Armed Conflict and its two (1954 and 1999) Protocols, to ensure the prevention of damage to cultural heritage in all its forms.”

Shammaa noted that Egyptian antiquities in the Odessa Archaeological Museum include pieces dating back to prehistoric and dynastic areas, as well as the ancient and middle kingdoms of Egypt, in addition to the Ptolemaic period. “Their condition is very good, allowing them to be moved. The incident of the Rio de Janeiro Museum fire in Brazil should not be repeated. Hundreds of very unique Egyptian artifacts were devoured by the fires inside the museum. We were unable to save our civilizational heritage at the time,” he said.

Meanwhile, The Guardian quoted on March 1 the global arts organization Getty as saying that “millions of artworks and monuments are at risk from Russia’s onslaught in Ukraine.”

Ahmed Badran, professor of history and ancient Egyptian civilization at the Faculty of Archaeology at Cairo University, told Al-Monitor, “The Egyptian artifacts collection in the Odessa Museum is the oldest collection of Egyptian antiquities in the countries of the former Soviet Union. This collection is currently threatened by Russia’s military escalation in recent days.”

Badran explained that the collection of Egyptian artifacts arrived in the Ukrainian museum in 1825, with the donation of a number of Egyptian antiquities by I.P. Blaramberg, one of the founders of the Odessa Archaeological Museum. “There is no clear evidence of how Blaramberg collected these pieces. Also, French physician Antoine Clot, who headed Egypt’s medical administration during the era of Muhammad Ali Pasha (1805–1848), donated a large number of Egyptian artifacts to the museum,” he said.

He pointed out that “the artifacts in the Odessa Museum include colored coffins, bronze statues of Egyptian deities, canopic utensils used to preserve entrails, papyrus, some human mummies and jewelry pieces.”

“For a long time, the exact count of the Egyptian antiquities collection in the Odessa Museum remained unknown. The museum states that it includes 400 Egyptian antiquities. But other data and information say the museum houses around 800 pieces, but some of them were lost due to neglect after Blaramberg’s death,” Badran said.

Shammaa concurred and added, “Egyptian antiquities belong to Egyptian lands, regardless of the reason why they were taken out of Egypt and no matter their number.”

Badran believes that it is legally and diplomatically difficult to recover Egyptian artifacts from the Ukrainian museum. “These pieces came out of Egypt before its accession in 1970 to the Convention on the Means of Prohibiting and Preventing the Illicit Import, Export and Transfer of Ownership of Cultural Property, which allows the recovery of artifacts taken out of their original country illegally. Under Egyptian laws applied until 1983, selling and donating antiquities to foreigners was allowed. The Egyptian authorities will find many legal difficulties in recovering these antiquities, but they can appeal to international institutions such as the United Nations, UNESCO and the International Council of Museums to protect Egyptian artifacts from destruction due to the war in Ukraine.”

Al-Monitor tried to contact the Odessa Archaeological Museum to inquire about the Egyptian artifacts. No answer has been received so far.

An official source at the Egyptian Ministry of Tourism and Antiquities told Al-Monitor on condition of anonymity, “It is very difficult to retrieve Egyptian antiquities from Ukraine because they were donated as gifts and not illegally. Yet it is necessary to protect these artifacts from any destruction since they represent the history of Egyptian civilization. If there is even one piece that was illegally transferred to Ukraine, we will officially demand its return under any circumstances.”