Western media comparisons of the war in Ukraine to the Middle East have been widely criticized. 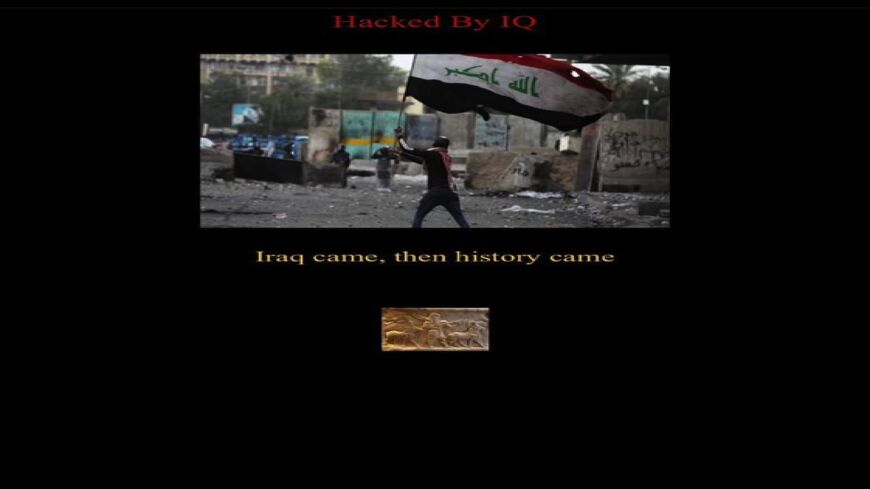 An American news outlet has been hacked by Iraqi hackers in response to a journalist comparing Iraq unfavorably to Ukraine.

Last week, CBS featured a reporter in the Ukrainian capital, Kyiv, who spoke about the Russian invasion of the country. He said that Ukraine has been relatively peaceful throughout history, unlike Iraq.

“This isn’t a place, with all due respect, like Iraq or Afghanistan that has seen conflict raging for decades. This is a relatively civilized … city,” said the reporter.

The reporter apologized for his remarks. In response, CBS was hacked again today by a hacker who demanded an apology from the network as a whole. He also posted a picture of the Iraqi flag on the website, Al-Monitor contributor Saman Dawod reported.

The ordeal created a stir on Iraqi social media. The Erbil-based radio station Babylon FM posted one of the hackers’ images on Facebook today. The picture showed a Mesopotamian structure with the caption “uncivilized.”

Iraq is often dubbed the “cradle of civilization” and is one of the oldest inhabited places on Earth. The use of currency traces back to ancient Mesopotamia, for example.

There have been several comparisons of the Russian invasion of Ukraine to wars in the Middle East. Last week, a French journalist said, “We’re not talking here about Syrians fleeing the bombing of the Syrian regime backed by Putin; we’re talking about Europeans leaving in cars that look like ours to save their lives,” in response to Ukrainians fleeing their homes by car.

The Iraqi Kurdish news outlet Rudaw published an article last week criticizing some of the comparisons.

Some of the comparisons have not been truthful. Regarding the CBS reporter’s comments, Ukraine was actually at war with Russia for several years before last week’s invasion.

Several articles in Western media have also dubbed the war in Ukraine the world’s “first social media war.” The Syrian civil war, which began in 2011, has been widely documented on social media, however.