The coalition government's foreign policy on Russia, Iran, the United States, Turkey and the Palestinians differs significantly from that of former Prime Minister Benjamin Netanyahu. 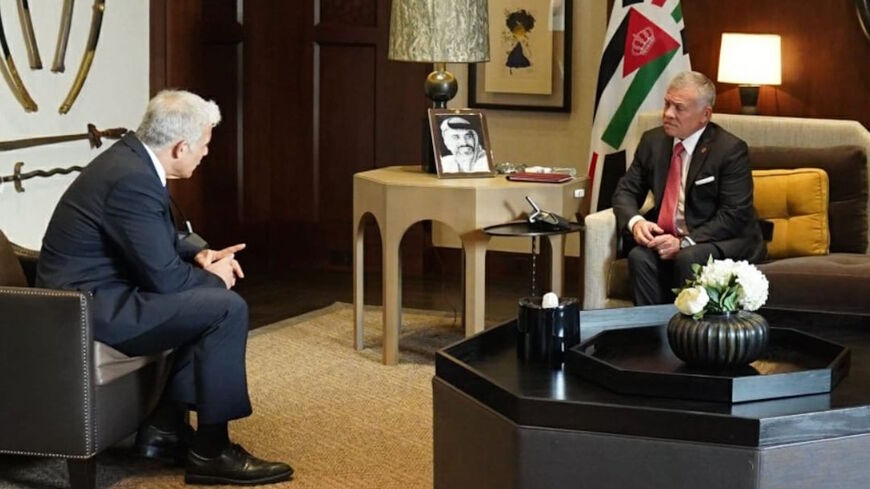 Ten months under Israel's new government have passed and we can state that the Bennett-Lapid coalition has emerged from the long shadow of former Prime Minister Benjamin Netanyahu and conducting a different and independent foreign policy.

Israel’s foreign policy as of March 2022 is managed by two people — Prime Minister Naftali Bennett and Foreign Minister Yair Lapid — with ostensibly opposite worldviews regarding the Palestinian dispute.

In its early months, the Bennett-Lapid government revived previously frozen relations with the Palestinians. When signing the Abraham Accords, Netanyahu boasted of sidelining the Palestinians and making peace in the region without them. Since the new government was established, Israeli ministers have conducted a series of meetings with Palestinian counterparts including Palestinian President Mahmoud Abbas. The government has also put a lot of effort into warming contacts with the new Democratic administration in the United States.

The change is ever more apparent on other international fronts, such as Israel extending a hand to Turkey and Lapid's efforts to renew dialogue with the European Union. But Israel's main struggle is over Iranian nuclearization. The Israeli leadership has changed course on handling this issue vis-à-vis the international community and the Americans, giving the United States space to conduct the negotiations in Vienna. These negotiations could soon end with a new agreement that will be bad for Israeli interests.

The new friends and allies Israel made with the signing of the Abraham Accords are now watching Bennett and Lapid with trepidation. The backdrop for Israel's rapprochement with the Emirates and Bahrain was the shared struggle against Iranian nuclearization. This situation is now changing radically.

On March 5, Bennett took off to Moscow and met with Russian President Vladimir Putin, and from there went to Berlin for a meeting with German Chancellor Olaf Scholz. He also spoke on the phone several times with French President Emmanuel Macron and Ukrainian President Volodymyr Zelenskyy and has continued speaking with all these parties.

Bennett is taking advantage of the European war to present himself as a true statesman. He inherited good relations with Russia and Ukraine spotted an opportunity to mediate a conflict that threatens the world order. Commentators in Israel call it a win-or-lose, live-or-die approach as Bennett, an entrepreneur at heart, took up the challenge. Will the strategies that served him well so far work for Israel’s foreign policy? Only time will tell.

We can assume that Netanyahu would never have volunteered to intervene in such an explosive conflict and instead tried to keep Israel out of the game altogether in order to preserve the alliance with Russia, which wields major influence in Syria.  By taking on the role of mediator, Bennett is signaling the Kremlin that he is not in Putin’s pocket.

While Bennett placed Israel in the center of the European conflict, Israeli President Isaac Herzog took off to Ankara March 9 for a historic meeting with Turkish President Recep Tayyip Erdogan. While Herzog does not have an official role as statesman or diplomat, this event signals a renewal of diplomatic relations between the countries. Israel is now preparing to host Turkish Foreign Minister Mevlut Cavusoglu, who will meet with Lapid in Israel in April.

Jerusalem does not take rapprochement with Ankara lightly, knowing Erdogan and his regional interests. There is also the strong trilateral alliance nurtured by Netanyahu between Israel, Greece and Cyprus to consider, leading Herzog to intentionally lower expectations regarding his visit.

The visit received extensive media coverage in Israel including live broadcasts. While Bennett’s mediation efforts and Herzog’s trip to Turkey made headlines, the nuclear talks in Vienna were pushed to the sidelines.

Only one television channel — right-wing Channel 14 — sent correspondents to Vienna. While Israeli journalists report from Ukraine around the clock, the Vienna agreement taking shape is hardly being discussed.

The contrast is stark: Netanyahu would have made headlines with his declarations, challenging President Joe Biden and maybe even delivering an aggressive speech in Congress. In contrast, Bennett and Lapid seem content to rely on US support.

While the Bennett-Lapid government's new approach in the Palestinian arena has certainly not been easy on Bennett, it is likely to continue, and even gain momentum. Lapid met this week with Palestinian Authority Civil Affairs Commissioner Hussein al-Sheikh — their second meeting, having met in January. It seems that Lapid is laying the foundations for renewed negotiations with the Palestinians when he replaces Bennett as prime minister in about a year and a half, with Gantz's meetings with Abbas after years of stagnation.

Similarly, the Bennett-Lapid government has been mending ties with Jordan after an especially difficult relationship between Netanyahu and King Abdullah. Lapid met with the king in September 2021, not long after the establishment of the new government. Gantz also met with the Jordanian leader last January. Under the leadership of Bennett, Lapid and Energy Minister Karin Elharar, the two countries signed an agreement on water and energy cooperation last year. Lapid tweeted today that he had met again with the king in Amman. "I congratulated the king on strengthening relations and cooperation and talked with him about the strategic importance of Jordan-Israel relations. We discussed regional and international policy issues, the progress of normalization and peace and expressed hope that the joint projects of renewable energy and trade will bear fruit. We agreed that we should work together, especially in the run-up to Ramadan and Passover, and worry about security tensions in Jerusalem."