US Navy turns to sea drones in MidEast

The US Navy is turning to unmanned tech to help regional states monitor the waters of the Persian Gulf and Red Sea. 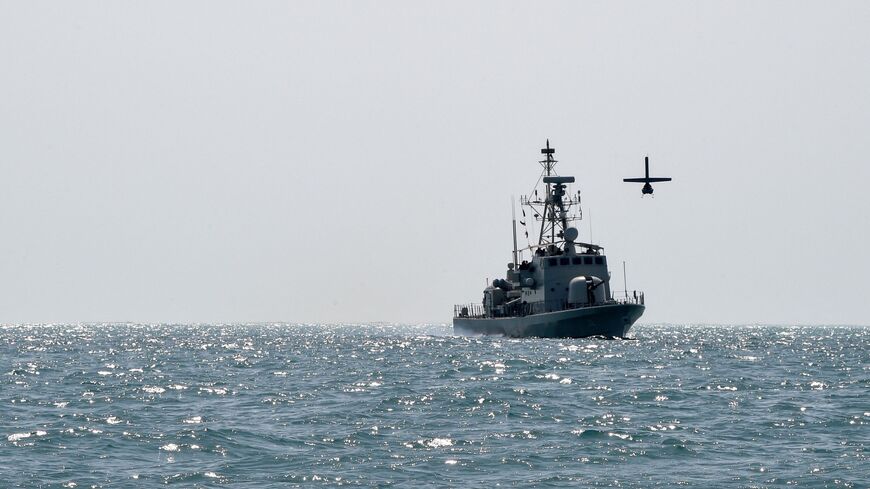 The US Navy’s Fifth Fleet plans to deploy more than 100 unmanned drones in Middle East sea lanes by 2023 to help monitor weapons trafficking and other illicit activities in the region.

The commander of the US Navy’s forces in the Middle East, Vice Adm. Brad Cooper, previewed the plans in comments to reporters on the sidelines of an international defense expo in the United Arab Emirates on Monday.

“By using unmanned systems, we can just simply see more. They’re high reliability and remove the human factor,” Cooper was quoted as saying.

Cooper was quoted as saying unmanned systems “are the only way” to cover gaps in US and partners’ naval patrols.

Why unmanned? The United States has struggled to stem the tide of Iranian arms shipments and incidents of sabotage in the Gulf region in recent years, despite stepping up maritime interdictions and pushing for diplomatic resolutions to the region’s proxy conflicts.

Tehran’s activities picked up after the Trump administration withdrew from the international nuclear accord with Iran in 2018 and imposed an array of sanctions on the country despite its compliance.

Israel has sabotaged Iranian tankers in the region, ostensibly seeking to thwart sanctioned Iranian petroleum exports. Tehran has attempted on several occasions to respond with similar attacks, raising concerns that such tit-for-tat strikes could lead to wider conflict in the region, whose waterways are a vital chokepoint on the global economy.

As the United States and its regional partners have worked to shut down Iran’s land routes for arming proxy militias in the region, smuggling has turned to the sea. Tehran has continued to ship arms to Yemen’s Houthis, who last month proved their extended strike range by targeting the UAE for the first time after years of launching missiles and drones into Saudi Arabia.

The US Fifth Fleet, which patrols waterways from the Persian Gulf and Suez Canal to the Arabian Sea, stood up Task Force 59 last September to test unmanned systems to expand monitoring in the region and experiment with unmanned surface craft such as the Saildrone, Sea Hawk and Sea Hunter and aerial vehicles such as the MQ-9B Sea Guardian as well as submersible craft.

The initiative could also pave the way for the US Navy's wider adoption of unmanned systems.

Why now? The United States is facing the prospect of further reducing its naval assets in the Middle East as Washington gears up to confront China and Russia.

Although Cooper noted yesterday that there have been no additional US run-ins with Iranian naval forces in recent months, Tehran’s proxies have deployed offensive weapons such as naval mines and explosive boats into Saudi waters in the past.

Who’s on board? Jordan has already signed up. Amman offered joint use of its naval base on the Red Sea port of Aqaba as a hub for testing Saildrone systems late last year.