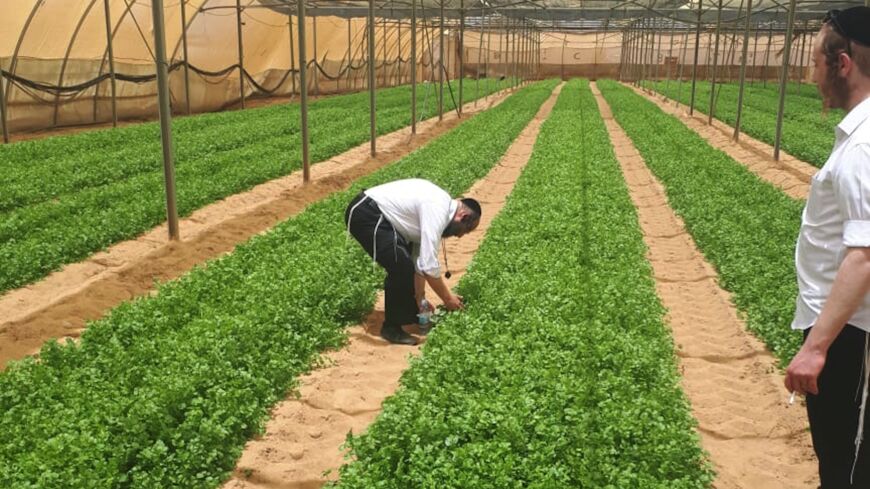 Rabbi Naftali Halberstam passed away Feb. 18. Surprisingly, the news about the death of the 94-year-old rabbi aroused interest also outside of the ultra-Orthodox community. In fact, several big food companies and consortiums publicized condolence ads in ultra-Orthodox newspapers. More so, the CEOs of these and other food producers and big companies even made condolence visits in the modest apartment in which the rabbi lived.

Rabbi Halberstam was one of the leading figures of the Jerusalem Eida Hareidis sect, considered the most extreme ultra-Orthodox court in Israel. It does not recognize the Israeli secular government, does not participate in elections, and its institutions abstain from receiving government money. So what was the connection between the rabbi and the high-placed members of Israeli industry?

This unique relation developed over “Badatz,” which is the abbreviation for Bais Din Tzedek (The Court of Justice, in Hebrew). It is an ultra-Orthodox institution offering extra-strict kosher certification. Several ultra-Orthodox communities offer kosher certification. But it is the Badatz kosher symbol that has become over the years an integral part of the food-production industry. Its curly logo is displayed on packages of the most highly rated brands.

The food-production companies know that many ultra-Orthodox families won’t rely on the kosher certification of the state Chief Rabbinate, which they deem not strict enough. If they want to preserve the ultra-Orthodox consumers, they need to feature the Badatz kosher logo.

The Badatz kosher certification is not cheap. Companies must pay for kosher supervisors that accompany daily the whole production process. In recent years, several political parties campaigned against what they consider ultra-Orthodox dictate, which presumably increases the price of food products. This was the case of late Knesset member and Minister Tommy Lapid, the father of current Foreign Minister Yair Lapid. He considered this system to be religious coercion.

Ultra-Orthodox people see this system differently. For them, the kosher supervisors have become an inseparable part of the manufacturing world. They man the production halls; they hold the keys to the warehouses and the codes that enable them entrance to the R&D (research and development) departments and management. In short, most of the undisputed authority given to them is similar to that given to production managers, and even beyond.

But more than the presence in the production halls, the supervisors work hand in hand with CEOs and general managers. Thus, Badatz people have become sort of business partners. Which enterprise would want to forgo the growing ultra-Orthodox market, which is comprised mainly of large families?

“Gone are the days when we were forced to hire supervisors whose job was to keep their eyes on the workers to catch them trying to instill non-kosher raw materials into the product,” said a high-level Badatz representative speaking to Al-Monitor on condition of anonymity. “Today, we don’t use such measures; the people who make sure that no worker would dare to stray from the kashrut rules are the owners and managers of the factories. And nowadays, as opposed to the past, we don’t ask the companies to spread the word about the certification. Companies are approaching us on that.”

Another Badatz senior also speaking on condition of anonymity added, “The Badatz people have become true business partners in every meaning of the word. We are talking about a combination of interests: On the one hand, the Badatz people want to supply as many kosher products as possible; on the other hand, the companies want to enjoy kosher certification that enables them to penetrate the Jewish markets in Israel and abroad. So it is no wonder that the Badatz has become an elitist body that is preferred by the large brands. The small companies that find it difficult to deal with the overall Israeli market, which we know is controlled by several large bodies, are forced to make do with the kosher certification of other bodies.”

Today, as an entity that has been involved in the food industry for many years, the Badatz has accumulated tremendous knowledge worth its weight in gold. It is familiar with production secrets of thousands of companies around the world, and its people have developed great expertise even in spheres not directly connected to Kashrut.

“As far as I am concerned,” a factory manager told Al-Monitor on condition of anonymity, “I talk to the Badatz people not only about how to kosher the steam system or the kashrut of the raw materials. I consult with them regarding what materials to use, they give me information about the reliability of various companies, especially Rabbi Pinchos Binder, who can really tell each product from which ingredients it was manufactured. For example, during COVID-19, because of the difficulties involved in the supply of raw materials manufactured in China, we were forced to make changes in production. The knowledge and information we received from the Badatz experts helped us a great deal.”

Badatz offices in Jerusalem are situated at the heart of the traditional ultra-Orthodox Mea Shearim neighborhood. However, once we open the heavy metal door, we enter a different world. The entire building is secured, guarded and photographed by advanced security cameras. The doors open only via smart cards so that even the workers are restricted in where they can walk. The computer system is state-of-the art, the latest word in the field. The reason for all this? Because this building houses the technological secrets of competing companies, all of which are under the tight supervision of the Badatz. And the Badatz people must ensure tight differentiation of the companies so as to avoid leaks involving industrial secrets.

In general, innovation is the leading word. It is amazing to see how the supervisors are equipped with state-of-the-art advanced equipment. Take this year for example, which is known as the “shmittah year” in which Jewish farmers must refrain from working in the fields and the ultra-Orthodox community consumes only agricultural produce from abroad or from Arab/Palestinian growers. Apparently, some Jewish growers try to bypass the Badatz supervision. They try selling discretely their produce to Palestinian colleagues, who will in turn market it as their own. And so Jews will buy it thinking the fruits and vegetables were cultivated by non-Jews. Badatz supervisors apply skimmer photos along with state-of-the-art cameras to follow on the crops and prevent smuggling.

It is interesting how the success of the Badatz is envied by other elements of the ultra-Orthodox and Orthodox worlds that have a hard time understanding how such a rather small ideological group has become very successful while the other kosher-certification organizations lag far behind.  Even the Kosher-certification bodies of the mainstream Agudat Yisrael or Shas parties do not have the stature of the Eidah Hareidis, which is viewed as “the best.” Finally, there is the Chief Rabbinate, which lags behind and does not reach the level of confidence among the more-religious public compared to the Badatz.