Turkey's conflict with the PKK has so far this year been concentrated in northern Iraq. 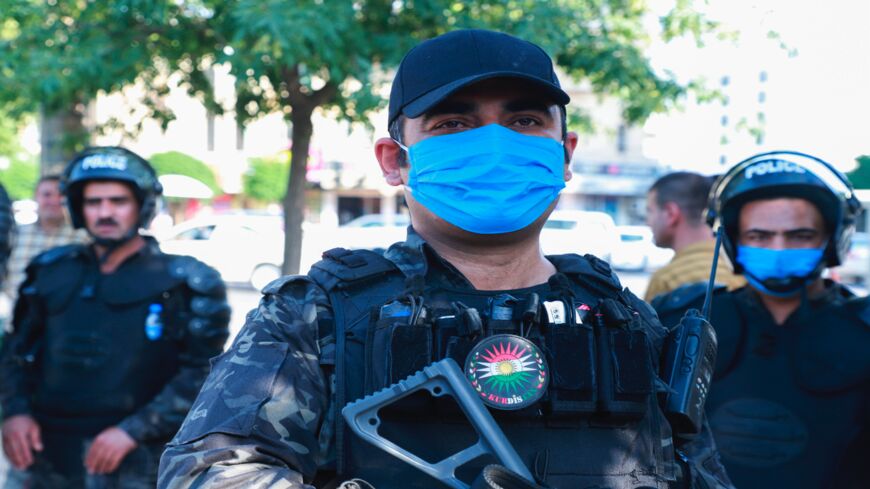 Kurdish riot police stand guard during a demonstration to denounce a Turkish assault in northern Iraq, in Sulaimaniya city, in the Kurdish autonomous region, on June 18, 2020. - SHWAN MOHAMMED/AFP via Getty Images

Turkish jets bombed a mountain in the village of Balinda in the autonomous Kurdistan Region, the PKK-affiliated Rojnews reported.

Turkey’s state-run Anadolu Agency reported that one PKK fighter was killed in the strike. Rojnews did not report any casualties.

Why it matters: Turkey regularly conducts airstrikes on supposed PKK targets throughout Iraq, including in areas like Balinda that are close to the Turkish border. The Turkish military also conducts ground operations and maintains several military bases in Iraq.

In December, Turkey killed via drone strike the commander of a PKK-allied Yazidi militia in Sinjar in western Iraq. Days later, the PKK killed three Turkish soldiers in a retaliatory attack. The consistent Turkish strikes on Sinjar have stopped many Yazidis from returning home to the area.

Today’s airstrike scared schoolchildren in Balinda, who were playing outside at the time of the attack, the Kurdish news outlet Rudaw reported.

The PKK fights for greater rights for Turkey’s Kurdish population. Turkey as well as the United States and the European Union consider the PKK a terrorist organization. More than 5,000 people have been killed in the Turkey-PKK conflict since peace talks broke down in 2015. The casualties include civilians, Turkish soldiers and PKK fighters, according to the International Crisis Group.

What’s next: Turkey began Operation Pence-Kaplan against the PKK presence in Iraq in 2020, and the mission is continuing. Turkey’s actions against the PKK have been concentrated in northern Iraq so far this year, with less frequent attacks elsewhere in Iraq and against Kurdish groups in Syria, per the International Crisis Group.