Most Turkey-PKK fighting takes place in other parts of the Kurdistan Region of Iraq where Turkey has military bases. 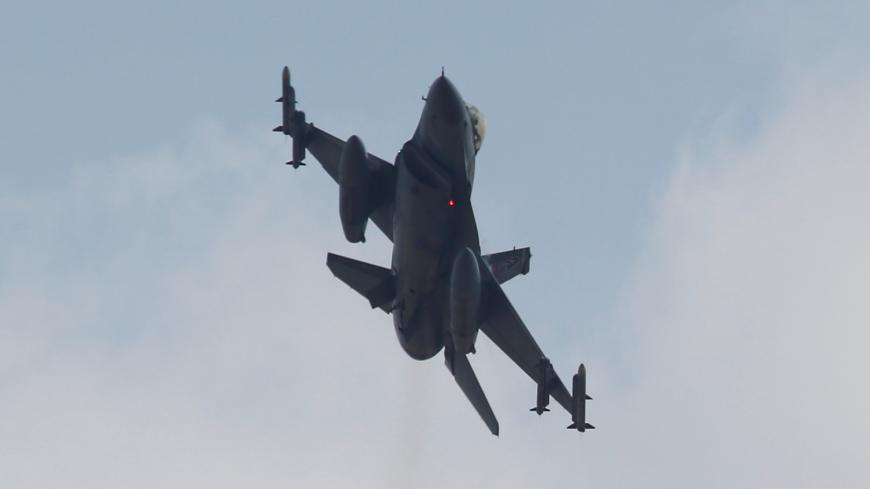 A Turkish F-16 fighter jet takes off from Incirlik Air Base in the southern city of Adana, Turkey, July 27, 2015. - REUTERS/Murad Sezer/File Photo

Turkey frequently bombs PKK targets in Iraqi Kurdistan territory. The PKK also attacks Turkish forces in the region, most recently opening fire at a Turkish base near the border this month.

What makes the Asos attack significant, however, is that it took place in Sulaimaniyah province. Asos is a mountain about 35 miles north of the city Sulaimaniyah, which is the second-largest in the Kurdistan Region. The area is controlled by the Patriotic Union of Kurdistan (PUK), which historically has had warm relations with the PKK and relatedly poor relations with Turkey. The PKK and its Iran-based affiliates have operated there in recent years, and Turkey bombed the area twice in 2017, according to the Iraqi Kurdish outlet Kurdistan 24.

Most of Turkey’s airstrikes against the PKK are near the Turkish border in the Erbil and Dahuk provinces — like Haftanin and Hakurk. Turkey has several military bases in these provinces that are controlled by the Kurdistan Democratic Party (KDP). The KDP has an oil-based relationship with Turkey, but many in KDP strongholds oppose Turkey’s military actions there as well as the PKK’s presence. The PUK has historically been closer to Iran.

The PKK says it fights for greater political and cultural rights for the Kurds in Turkey. The group is motivated by the repression of the Kurdish language and arrests of Kurdish politicians throughout Turkish history. Turkey, on the other hand, views the PKK as a terrorist organization, and continues to blame it for attacks on civilians in the country, including a bombing that killed workers in southeast Turkey last month.

The PKK has based itself on the mountains border between the Kurdistan Region of Iraq and Turkey since 2013. A majority of Turkey-PKK fighting has occurred in Iraq — not Turkey — in 2020, according to the conflict data-focused nongovernmental organization ACLED. More than 4,800 people, including civilians and fighters, have been killed during fighting between Turkey and the PKK since 2015 when peace talks broke down, according to the International Crisis Group.