Israel fears that Hamas’ presence in East Asian countries could threaten its interests in the Philippines after an alleged Hamas plot to target Israelis there was revealed. 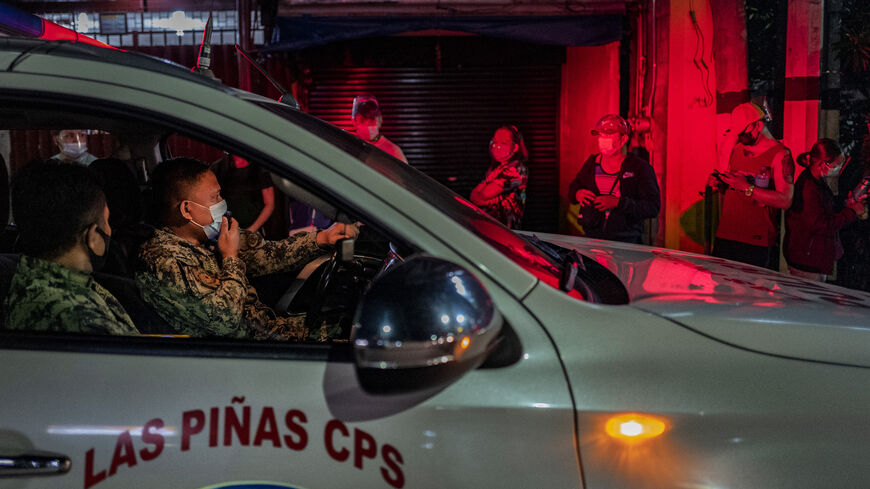 The Philippine National Police recently revealed an alleged plan by the Palestinian Islamist Hamas movement to bolster its presence in the Philippines by inciting violence against Israelis in the southeast Asian country.

On Feb. 15, the Philippine Daily Inquirer quoted police intelligence chief Brig. Gen. Neil Alinsangan as saying that his unit had unveiled a Hamas plot against Israeli targets in the Philippines after exchanging information with other security services in the Philippines and abroad. The intelligence showed links between a Palestinian-based group in the country and a Hamas operative identified as Fares al-Shikli, the alleged head of Hamas’ Foreign Liaison Section. There is an Interpol red notice for Shikli, who is accused of logistical support for terrorism.

According to the article, Alinsangan said, “Our Filipino source identified the Hamas operative as ‘Bashir’ who was reportedly attempting to establish a foothold in the Philippines with pledges of financial support to some local threat groups including militant extremists with links to the international terrorist organizations.”

Alinsangan said that in “late 2017, Fares Al Shikli expressed his intention with the source to recruit Filipinos with links to local threat groups that will be utilized to kill Jews in the country, conduct rallies at selected embassies and spread video propaganda in exchange of financial support.”

In 2018, Philippine authorities arrested Iraqi bomb maker Taha Mohamed al-Jabouri in Pampanga province on suspicion of ties to Hamas. Jabouri was then deported.

Hamas has yet to make a statement on the news. However, speaking to the Hamas-affiliated Shehab news agency, a Hamas source denied the police account, describing the accusations as false.

Shehab quoted the anonymous source as saying, “Hamas is committed to its declared policy of restricting its conflict with the Israeli occupation to the occupied Palestinian territories and not exporting it to any Arab or foreign territory.”

Yahya Moussa, a member of the Palestinian Legislative Council for Hamas in the Gaza Strip, told Al-Monitor, “Hamas has so far been committed to the declared public policy that the hotbed of the conflict with the Israeli enemy is the Palestinian land occupied in 1948.”

He added that Hamas has the right to fight the Israeli enemy wherever it is attacked, but Hamas has not used it. He said Israeli propaganda is trying to incite against Hamas by raising suspicions about cells in the Philippines, he said, saying that the allegations are false.

Moussa said that Hamas is keen to preserve its positive relations with world countries while Israel violates international humanitarian law by carrying out assassinations against Palestinians and Arabs in foreign countries such as that of Hamas member Fadi al-Batsh in Malaysia on April 21, 2018, and Tunisian scientist working for Hamas Mohammed al-Zoari on Dec. 15, 2016.

He said that Israel did not claim responsibility for the assassinations because they are a violation of the countries’ sovereignty.

Iyad al-Qarra, a Gaza-based writer and political analyst close to Hamas, told Al-Monitor that Hamas could kidnap Israelis outside the occupied Palestinian territories in order to pressure Israel to make a prisoner swap.

He said that the Jan. 2 threat made by Hamas’ political head Ismail Haniyeh to kidnap more Israeli soldiers was designed to put pressure on Israel.

However, he feels that Hamas will not actually take any military action outside the Palestinian territories. “Hamas will continue to limit its military action to the occupied Palestinian land as stated in its policy document and work to preserve its positive relations with East Asian countries including Malaysia and Pakistan, where Hamas has a strong presence,” he added.

Qarra explained that Israel is afraid Hamas will mobilize in East Asian countries to “launch military operations against Israeli targets, specifically in the Philippines, where Israel has a strong presence. The Philippines welcomes the Israelis and has nearly no anti-Semitism there, which encouraged the Israelis to make economic investments there and to establish relations in the arms trade and security information exchange.”

Walid al-Mudallal, a professor of political science at the Islamic University of Gaza, believes Hamas may take military action against Israel abroad, though he told Al-Monitor that the group would not claim responsibility for any military operation outside the Palestinian territories.

By doing so, Mudallal added, Hamas would send the message to Israel that the movement can move the battle outside the borders of Palestine in retaliation for the assassinations of Hamas leaders abroad.

Talal Awkal, a political analyst and writer for the local Al-Ayyam newspaper, disagreed that Hamas would form cells in the Philippines "in order to avoid further Arab, regional and international isolation.”

Awkal told Al-Monitor, “Hamas fears more isolation, especially after prison sentences were issued for 60 Hamas leaders in Saudi Arabia on Aug. 8, 2021. Meanwhile, Emirati Foreign Minister Sheikh Abdullah bin Zayed Al Nahyan demanded in June 2021 to classify Hamas as a terrorist movement, while Sudan seized Hamas assets on Sept. 23, 2021. Britain classified Hamas as a terrorist movement on Nov. 26, 2021, while Australia is planning to label Hamas as a terror group. That is why Hamas will not carry out acts of resistance outside Palestine.”