Oil prices shoot to $100 per barrel as Russia attacks Ukraine

The price of Brent crude was already at a historic high before the invasion began. 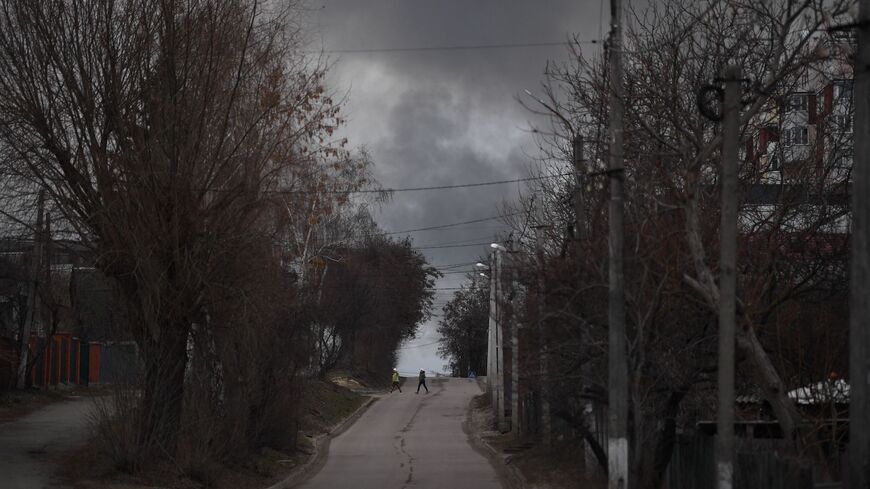 Local residents cross a street as smoke rises over the town of Hostomel, near the Antonov Airport, in northwest Kyiv on Feb. 24, 2022. - DANIEL LEAL/AFP via Getty Images

The price of Brent crude oil broke $100 a barrel at around 4:30 am ET, and traded as high as $105 a barrel at some points of the day. Brent crude is widely considered the global benchmark for oil prices.

Today’s price was the highest since 2014. Last month, oil prices rose to more than $87 a barrel for the first time since that year.

Oil prices plummeted during the COVID-19 pandemic in 2020, but rebounded after supply coordination between Russia, Saudi Arabia and other major oil producers. Travel has also rebounded since the early days of the virus.

Russia launched a massive attack on Ukraine early this morning, sending in troops and conducting airstrikes and shelling across the country.

The war has massive implications for global energy. In addition to being a major oil producer, Russia provides Europe with about 40% of its natural gas. The Biden administration asked Qatar to consider sending gas to Europe in the event of a war, but the Gulf state has not committed to doing so.

Correction: this article was edited to note when oil prices reached $100 a barrel.