Allegations that the police used the Pegasus software to illegally spy on politicians, activists and journalists raise more concerns about privacy, civil liberties and democracy. 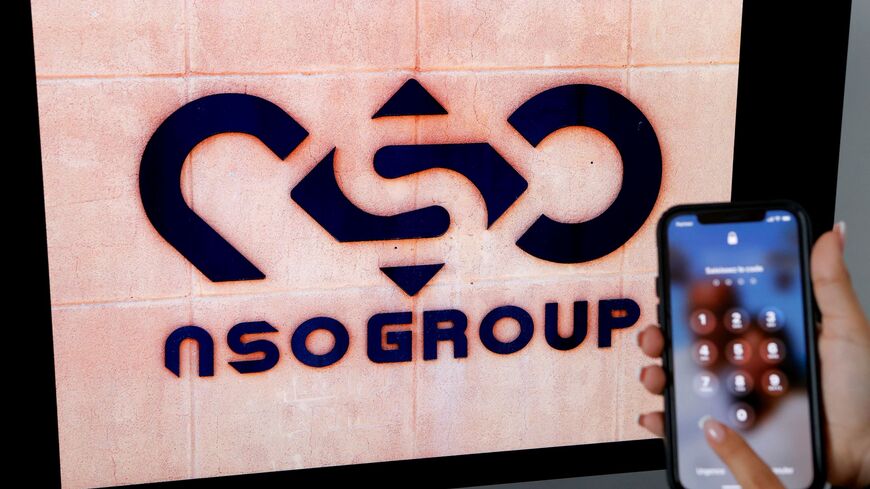 A photographic illustration shows a mobile phone near the NSO Group company logo on Feb. 9, 2022 in the Israeli city of Netanya. Israel's ground-breaking surveillance technology was once feted as a prized export, but reports that the secret spyware was also turned on citizens at home has trigged domestic outrage. - JACK GUEZ/AFP via Getty Images

“It happened to me too. I’m in shock. Seriously. … And it will happen to you too.” That was how Avner Netanyahu, son of former prime minister Benjamin Netanyahu, responded to reports that he appeared on the list of people tracked by the police with the Pegasus spyware.

Although the paper offered so far no additional evidence for its claim, the fact that it is such a detailed list is so jarring that it demands immediate investigation.

The former officials are demanding that the prime minister establish an official commission of inquiry. In a letter to Prime Minister Naftali Bennett and Justice Minister Gideon Sa’ar, they wrote: “Our sense of insult, humiliation, and helplessness given this trampling of our most basic rights is unbearable. … No harsh words could describe the gravity of a situation in which the police of a democratic state act illegally to install spyware on its citizens’ cell phones.”

They demanded that all materials “mined” from their cell phones and now in the hands of the police or anyone else be destroyed immediately. They also asked for a report on the material that was destroyed, including its content and scope.

In the case of Netanyahu’s son, suspicions of illegal wiretapping and violations of the Privacy Law may be compounded by crimes against state security. Avner Netanyahu was protected by the Shin Bet at the time, so there may have been a security failure too. If such tracking did, indeed, occur, it would have been possible to track the prime minister indirectly.

Since the first reports about the incident appeared some three weeks ago, the police have gotten tangled up in a web of conflicting versions of what happened. Their versions run from total denial to admitting that such spyware was used, but only in limited circumstances under warrant.

Based on the initial findings, the spyware was indeed used in the case of Filber. This leaves the question as to whether a judge issued a warrant, and if it occurred before Filber’s interrogation by the police. Above all that, however, the incident is overshadowed by the plain fact that there is no law in Israel to allow such tracking. Citizens can only be tracked and wiretapped by judicial warrant with restrictions. Taking control of phones remotely is only allowed in exceptional cases, intended to prevent a crime or terrorism.

Bennett called a special meeting with Minister of Justice Gideon Sa’ar, Minister of Internal Security Omer Bar Lev, and Attorney General Gali Baharav Miara. A source familiar with the discussion disclosed to Israeli journalists that the Pegasus spyware was employed on just three of the 26 names listed in the Calcalist report, that it took place with a warrant, and that the police were only able to insert the spyware into one phone, apparently Filber's. Bennett then ordered that the authorities continue to look into whether the other people on the list were tracked. To this end, a special team was put together, including experts from the Mossad and the Shin Bet.

Police Commissioner Kobi Shabtai continued to deny illegal use of the spyware program. However, he cut short a visit to the United Arab Emirates so that he could deal with the crisis.

Netanyahu’s trial in the Jerusalem District Court was put on hold for a few days at the request of the State Attorney’s Office, so that it could investigate whether the spyware was, in fact, used in the investigation against Netanyahu, as reported. While this is a tactical victory for Netanyahu, it is premature to determine where this will lead.

In a speech to the Knesset on Monday, Netanyahu said, “This is a black day for the state of Israel. Without referring to my issue, which of course has wide implications, I think this case concerns all citizens of the country — not right, not left, all citizens of the country without exception. Something inconceivable has happened here.” He compared the use of the spyware program to deploying an F-35 fighter jet against civilians.

It is still too early to determine how this incident will develop and whether it will impact the legal proceedings against Netanyahu. But even if the program was used in rare cases only, it remains a watershed moment in history of civil rights in a country that prides itself as being the only democracy in the Middle East. An investigation is necessary in order to discover who gave the initial order.

In a political context, Netanyahu’s supporters have started taking steps to investigate who is responsible and ultimately, to cancel Netanyahu’s trial. They now believe that Israel was subjected to a coup by legal means. As such, the immediate investigation of what happened is critical.