Ahead of the visit to Ankara of President Isaac Herzog, Turkey multiplies its goodwill gestures toward Israel. 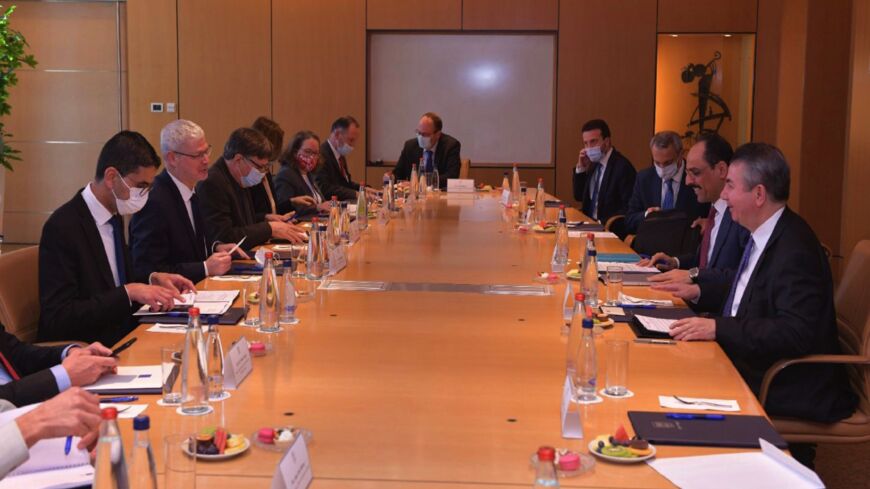 When the Israeli-Turkish romance began last summer, initially with hesitant overtures and subsequently with a lively dance of courtship, Israeli assessments described it as a one-off flirt. President Isaac Herzog, who was the main object of Turkey’s attentions, actually took it seriously. Herzog is the consummate politician, a man so affable he can even befriend a crocodile in the Nile. From the start, he assumed the role in which Turkey cast him with an energetic and sincere attitude. It has since become clear that the Turks are not interested in a passing fling. Judging by his statements and actions, Turkish President Recep Tayyip Erdogan is seeking a stable, mutual and fruitful relationship.

Herzog is scheduled to hold an official visit to Turkey in mid-March, exactly 30 years after a similar visit by his parents, the late President Chaim Herzog and his wife, Aura. “He will receive a welcome fit for kings,” a senior diplomatic source in Jerusalem, speaking on condition of anonymity, told Al-Monitor. To reassure Israel’s Mediterranean Hellenic allies, Herzog will hold an official visit to Greece next week and to Cyprus the week after. “Our friends in Greece and Cyprus are in the loop and have given their blessing,” Herzog recently told Al-Monitor. “Everyone understands that what is happening in the Middle East will benefit all sides.”

A senior Turkish delegation arrived to Israel yesterday to prepare Herzog’s visit to Ankara. Presidential spokesperson Ibrahim Kalin and Deputy Foreign Minister Sedat Onal led the delegation. First, they met with seniors at the Foreign Ministry in Jerusalem. Then, accompanied by Foreign Ministry Director-General Alon Ushpiz, they met with counterparts at the official residence of the president. Topping all that, Herzog himself "dropped by" the meeting to further honor the Turkish visitors.

The warming of the frosty Israeli-Turkey relations began soon after Herzog was sworn in as head of state in July 2021. Erdogan reached out to him despite his largely ceremonial role, and Herzog responded enthusiastically. Turkey’s charge d’affaires in Israel attended Herzog’s inauguration ceremony in Jerusalem, and Herzog made a point of telling him that he viewed his presence as a beautiful and noble gesture and would be very happy to speak with Erdogan. Herzog dubs this type of diplomacy “sign language.” An associate of Herzog said that “mutual friends” (Herzog enjoys ties with many world leaders) had praised him to Erdogan.

The first phone call took place in early August 2021 and was far more successful than many in Jerusalem had expected. Erdogan was said to be attentive, charming and friendly. He spoke with Herzog about economics, energy and the need for enhanced ties between their countries. Herzog’s associates said Erdogan demonstrated in-depth knowledge about Israel’s economy and Israel-Turkey trade. He was also deeply interested in the first-ever participation of an Arab party in Israel’s new coalition government, the Islamist Ra’am Party affiliated with Erdogan’s Justice and Development Party (AKP).

Despite the tense diplomatic relations between the sides over the past decade and more, Israel is a strategic trade partner of Turkey. The volume of trade between them currently stands at some $6 billion, despite the deep corona-induced slump in Israeli tourism to Turkey. Erdogan told Herzog that there was untapped trade potential between their two countries, and Herzog reportedly agreed.

Since that phone call, the two leaders have spoken four times. When Herzog eulogized his recently departed mother, he recounted how she and her family had been expelled from Palestine to Egypt early in the 20th century by then-Ottoman ruler Jamal Pasha. Erdogan and Herzog discussed that traumatic historic event when the Turkish leader called to offer his condolences on Aura Herzog’s passing. "You have no idea how excited my mother was to accompany my father on their official visit to Turkey in 1992," Herzog reportedly told Erdogan. When Erdogan recently contracted the coronavirus, Herzog called to ask about his health. A heart-warming relationship indeed.

Israel’s ministries of defense and foreign affairs, as well as the Prime Minister’s Office, are closely monitoring this burgeoning friendship albeit with a slightly more sober view. Herzog is not naive, but he is trying to leverage Turkey’s strategic shift for Israel’s benefit. The senior diplomatic source in Jerusalem said that “things look serious, although the Turks could turn against us at any given moment.” According to the source, Turkey has been responsive to almost every request Israel has made of it in recent months, including on security-related matters. “This is almost unprecedented,” he said. “Even when they can’t, they look into it and get back to us with a detailed answer.”

Israel will not say so explicitly, but what most concerns it is the Hamas headquarters located in Istanbul, which serves as a launchpad for terrorist attacks in Judea and Samaria. “I don’t think there is any chance that they will close this office,” a senior Israeli security source told Al-Monitor on condition of anonymity. “But they could certainly help us by limiting, monitoring and reducing [its activities]. I see this as a distinctly logical possibility at the rate things are moving.”

“Circumstances and interests,” another top-level diplomatic source in Jerusalem described the drivers of the latest developments, speaking on condition of anonymity. “As strange as it may sound, Israel and Turkey have shared interests on major strategic issues. Erdogan sees Iran as a threat, almost as much as we do. Erdogan sees the Iranian entrenchment in Syria as a threat, just as we do. What is more, he is aware of his declining status in Washington,” the source said. Turkey wants Israel’s help in convincing the Americans to reverse their decision not to sell Turkey advanced F-35 fighter jets, said the source. “Due to Turkey’s economic downturn and ahead of nearing elections, Erdogan had hoped for ‘zero problems’ with his neighbors, and instead he has ‘zero neighbors without problems.’ He is improving relations with us out of substantive and real interest, and not only with us. He is doing the same thing with the Emirates, vis-a-vis Egypt and other states and elements.”

“Turkey is a very important player in the Middle East, one of three non-Arab powers, along with Iran and Israel,” said a senior Israeli analyst speaking on condition of anonymity. “If Israel wants to tighten its chokehold on Iran, it needs the Turks. Diplomatic, economic and military pressure on Iran cannot succeed without Turkey.” Israel’s top leadership has come to realize this fact and “a consummate diplomat named Herzog will try to deliver the goods,” the source added.

Israel and Turkey share another problem. If and when war breaks out between Russia and Ukraine and the West, both will have to take a stand. Israel, unlike Turkey, is dependent on Russia and Ukraine only to a limited degree, but Russian boots lie heavily on Erdogan’s northern border. Both Israel and Turkey will have to tread carefully. “One of our goals is to set up a hotline between Ankara and Jerusalem, similar to the de-conflictication hotline between Russia and the Israeli military, a line allowing discussion of security and intelligence in real time and enabling both sides to enhance cooperation,” the source said.

Even without a hotline, Turkey thwarted a plot to assassinate Israeli businessman Yair Geller on its territory last month, presumably based on intelligence information. “This simply illustrates the potential between us and them,” a senior Israeli intelligence source told Al-Monitor on condition of anonymity. “So, yes, they could turn against us at any minute, and yes, relations will not go back to the strategic alliance we had in the past, but that does not mean we cannot be totally serious about going along with Erdogan.”