Efforts to conceive and execute a coherent economic policy were never going to be easy, but six months into the Raisi administration, the task is growing harder because of internal disagreements over both philosophy and bureaucratic turf. 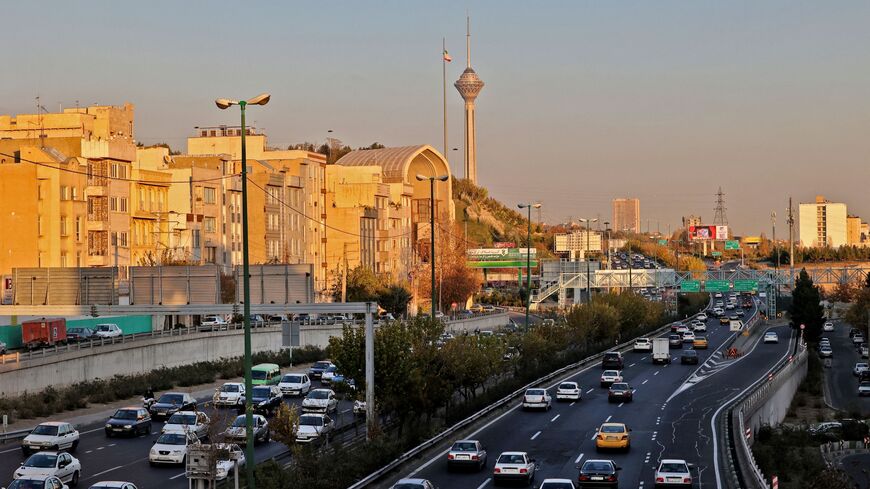 Cars drive on a highway with a backdrop of the Milad telecommunications tower in Iran's capital Tehran, on Dec. 8, 2021. - ATTA KENARE/AFP via Getty Images

Iranian President Ebrahim Raisi has been in office for almost six months, and addressing the economic ills of the country has certainly been the government’s top priority. However, drafting appropriate policies is only one piece of a complex puzzle to improve economic conditions.

Many experts agree that one problem is the lack of a clear economic doctrine. While criticizing the era of former President Hassan Rouhani, the hardline supporters of President Raisi believed that rejecting the previous government’s “neo-liberal economic policies” would suffice as a strategy. When the Raisi cabinet took shape, top officials announced a number of populist policies such as containing inflation, creating jobs and constructing social housing.

Furthermore, Raisi not only appointed an economic manager (Mohammad Mokhber) as his first vice president, but also brought in a seasoned politician, Masoud Mir Kazemi, as vice president and head of the plan and budget organization. But surprisingly, he also appointed Mohsen Rezaei as vice president for economic affairs — a position that did not exist before.  In fact,  Raisi appointed Rezaei as the “secretary of the Economic Coordination Council (ECC) and coordinator of economic affairs.” ECC refers to regular meetings between the heads of the three branches of power (judiciary, Majles and government).

This multiplicity of decision-makers is seen as one cause for the lack of cohesive policies, but the inconsistencies in the government's economic team “also existed in the previous government," said Mohsen Alizadeh, member of the Majles economic commission. He said Raisi “repeatedly pointed out that all economic decisions should be guided by the first vice president, but then gave some responsibilities to the minister of economy and also transferred authority to the vice president on economic affairs.”

Media close to the government consider such comments as politically motivated and present the internal differences of opinion as healthy. However, criticism is also coming from the conservative faction. Former Majles deputy, Elias Naderan, called on President Raisi to “clearly state who within the government is responsible for steering the economy?” He underlined that stakeholders were concerned about the “fragmentation of decision-makers.”

As long as a clearly communicated economic strategy is not put in place, each entity will continue to insist on its own approach. One such example is the decision to discontinue the subsidized exchange rate of 42,000 rials to the US dollar. Al-Monitor outlined clear weaknesses in planning and communicating this policy in October, but it has been embedded in the budget bill for the next Iranian year. Incidentally, this provision has been rejected by the relevant Majles commission, even though the Majles has accepted the general outlines of the budget bill. To add to the confusion, parliament has said that the subsidized exchange rate would only be eliminated if the government outlines how lower-income people would be compensated.

In early December, minister of economic affairs and finance, Ehsan Khandouzi, stated that the elimination would take place in stages. Two weeks later, Mohsen Rezaei announced that cash handouts would be doubled, pointing to an imminent discontinuation of the subsidized exchange rate.

Looking beyond the disagreements within the administration, this initiative was doomed to fail as President Raisi hadn’t even managed to convince Majles Speaker Mohammad Baquer Qalibaf of the necessity of this policy shift, when the budget bill was presented to the legislative body.

Commentator Abbas Abdi explained the failure of such decisions through lack of institutional cohesion and wrote on his Telegram channel, “Even within the government, there are too many intellectual divisions.”

Since different institutions follow competing agendas, there is little institutional cohesion, creating islands of power and influence with a limited sense of collaboration. This is a structural issue and is not unique to the Raisi government. Some entities also face intra-institutional conflicts of interest. The ministry of economic affairs and finance is in charge of both mobilizing government finances and providing favorable conditions for the economy to grow. In an economy where government finances rely more and more on tax revenues, the two functions of “government finance” and “health of the economy” should be separated so that each can represent its own interests within the decision-making processes.

When one and the same ministry or entities within the same administration disregard each other’s remedies, it creates major confusion. The problem can be witnessed in many areas besides economic policy. For example, on Jan. 31, former vice president Ali Akbar Salehi said, “One of the reasons we have not been able to achieve the ideals we have drawn before is that we do not have clear guidelines. We are indifferent to synergy and lack a national outlook.”

As long as Iranian decision-makers lack a clear vision, internal inconsistencies will continue to undermine the economic potential which is already under pressure by external sanctions. The heavy burden of these negative phenomena will be borne by the society as well as the business community.