The Russian attack on Ukraine has also already had major effects on the region’s energy sector and wheat imports. 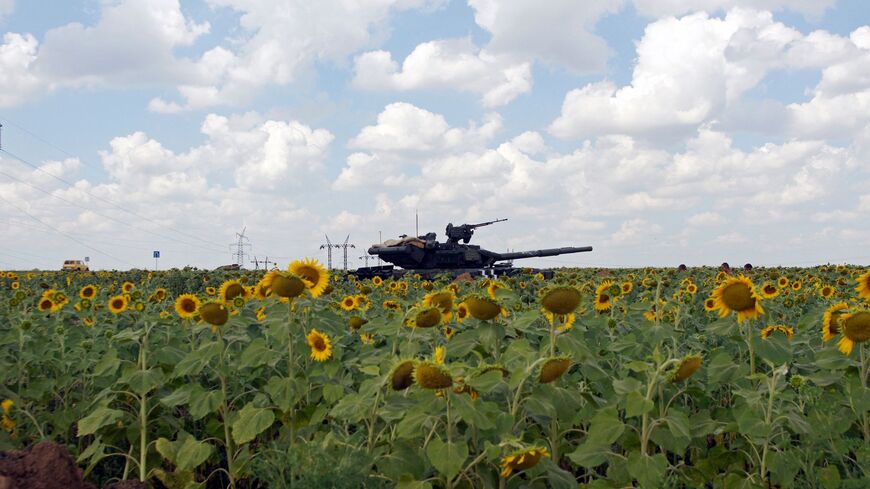 A Ukrainian army tank sits in a sunflower field near the village of Maryinka, a suburb of Donetsk in eastern Ukraine, on Aug. 5, 2014. - AFP/ANDREY KRASNOSCHEKOV

Middle Eastern sunflower oil imports could soon be affected by the Russian attack on Ukraine.

Ukraine was the largest exporter of sunflower seed and the related safflower oil in 2019, accounting for 45.8% of global exports. Russia was second with 23.4% of the market. Iran was the fourth-largest importer of sunflower seed or safflower oil that year, accounting for 6.25% of global imports. Iran was behind India, China and the Netherlands, according to the MIT-based Observatory of Economic Complexity.

The war is already having effects on sunflower oil exports from Ukraine. Some 350,000 tons of India-bound oil is in jeopardy at present, Bloomberg reported today.

The Russia-Ukraine conflict is already having significant economic impacts on the Middle East. Egypt is scrambling to find alternative wheat sources due to the war. Oil prices also hit an eight-year high following the start of the invasion.