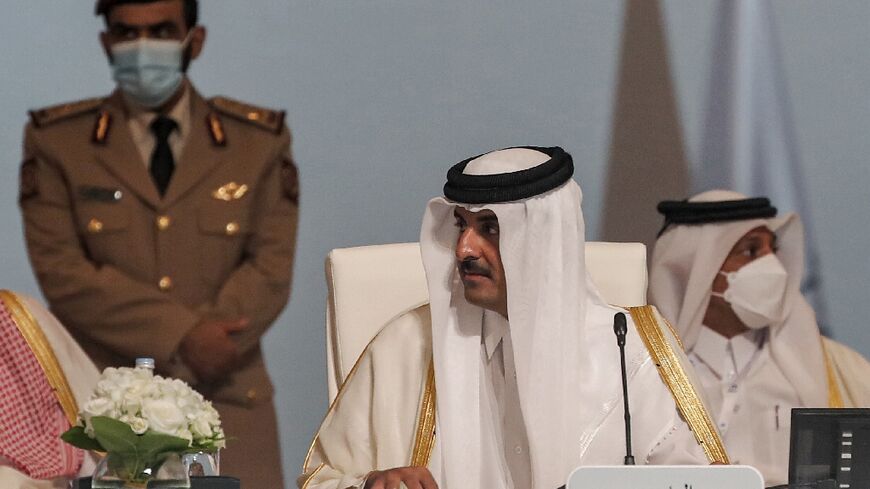 Major gas exporting nations said Tuesday they could not guarantee prices or supplies at a summit overshadowed by the worsening Ukraine crisis which has pushed costs to record highs in Europe.

Qatar's emir, who hosted the talks, said gas producers were working to ensure "credible and reliable" supplies, on the same day as Europe's concerns over deliveries from Russia were further hit by Germany's decision to halt the Nord Stream 2 pipeline project.

The Gulf state's energy minister said his country would help Europe as much as possible, but that the unprecedented prices paid by Europe's consumers were "in God's hands".

With Russia a key member of the exporters' forum, the Ukraine crisis was not mentioned in talks, officials said, or the final statement.

Russia's Energy Minister Nikolay Shulginov made no reference to the tensions but he told the forum that "Russian companies are fully committed to existing contracts" for gas supplies.

The United States has asked Qatar to help Europe if Russian supplies are cut, but its Energy Minister Saad Sherida al-Kaabi said his country could not rescue Europe alone.

Russia accounts for about 40 percent of the European market and Qatar five percent.

It would be "virtually impossible" for one country to replace that amount of gas, Kaabi told a news conference. Qatar's supplies are also tied up in long-term contracts, many with Asian countries including Japan, South Korea and China.

"We are supportive of the European Union and we are ready to supply whatever is possible from our side and the volume that will be available while abiding by contracts," Kaabi said.

The minister estimated that 10-15 percent of shipments under Qatar's long-term contracts could potentially be diverted.

But he insisted that the record prices in Europe had their roots in a lack of investment before the Ukraine crisis.

Qatar and other producer nations want long-term contracts of up to 25 years to "underpin" the huge investments made in extracting, processing and transporting gas.

"Everything that is going on today in pricing is fundamentally because of a lack of investments and that will take time to catch up," Kaabi said.

Asked whether European consumers would have to pay more because of the Ukraine crisis, he said: "Predicting how prices will be, (whether they) will go up or down, that is in God's hands not mine." 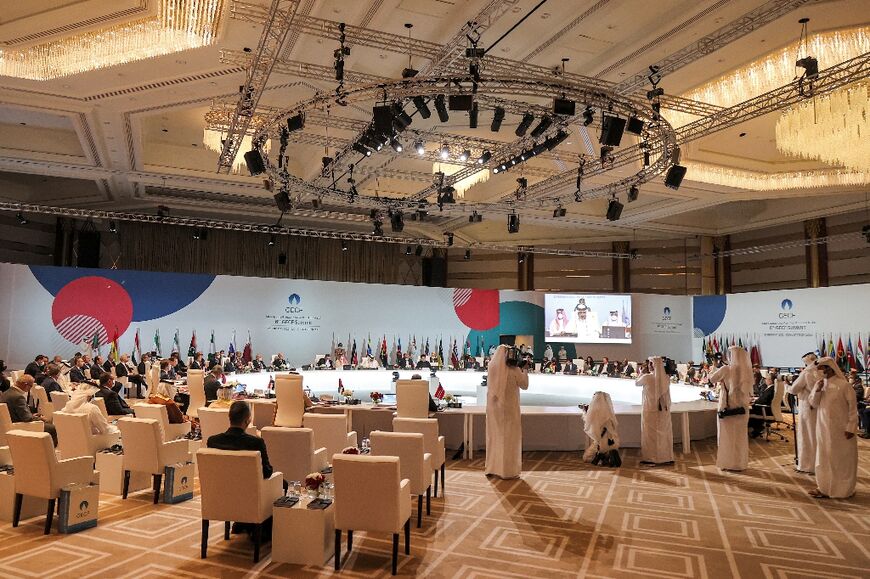 The summit statement made no mention of increasing supplies and instead stressed the "fundamental role" of long-term contracts and linking gas prices to oil values to bolster investment.

But Qatar's emir, Sheikh Tamim bin Hamad Al-Thani, said forum countries were "working hard to ensure a credible and reliable supply of natural gas to world markets and preserve the stability of those markets".

The emir said the forum wanted more intense talks with gas importers "to ensure the security of natural gas supplies and the stability of global gas markets".

Even before the sharp rise in energy prices over the past year, major gas-producing nations had said they needed long-term contracts to guarantee supplies to consumers.

The European Union has until recently resisted the 10-, 15- and 20-year contracts typical in the industry. Qatar and others say long-term deals are necessary to cover the massive investment needed to increase production.

The summit was also attended by presidents and prime ministers from Algeria, Iran, Mozambique, Equatorial Guinea and Trinidad and Tobago.

Iran's President Ebrahim Raisi said his country wanted to increase production and exports but was being held back by what he called "cruel and unnatural" US sanctions against his country.

Major powers are negotiating with Iran to revive an accord regulating its controversial nuclear programme that could provide relief from the crippling sanctions.