Golfer Phil Mickelson called Saudis “scary” in a recently surfaced interview. The fallout exposed a riff in the golf community over a Saudi-funded league that aims to compete with the PGA Tour, which has been criticized for its treatment of players. 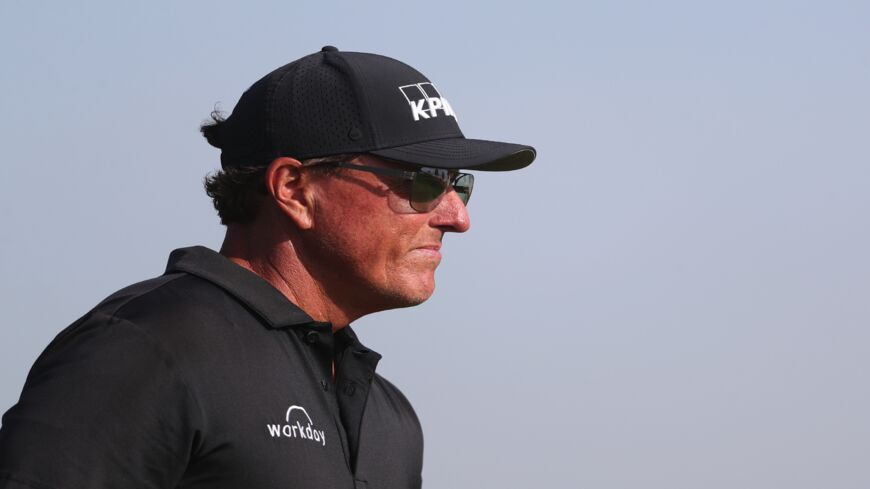 Golf superstar Phil Mickelson is in hot water over recent comments he made about Saudi Arabia.

What happened: The controversy relates to the Super Golf League, a proposed golf league backed by Saudi Arabia’s sovereign wealth fund. The league aims to compete with the PGA Tour, which is the dominant golf competition for men in North America. The Super Golf League is led by the Saudi-funded LIV Golf Investments.

Mickelson has been supportive of the Saudi project, viewing it as a needed alternative to the PGA Tour. The golfer accused the PGA of “greed” in a recent interview with Golf Digest magazine. Mickelson is particularly irked that the PGA has the rights to archival footage of golfers’ play.

“They also have access to my shots, access I do not have. They also charge companies to use shots I have hit,” said Mickelson.

Mickelson’s criticism of the PGA is not new. Last year, he claimed the PGA Tour only shares 26% of its revenue with the players, though the tour disputed this.

Mickelson’s support for the Saudi league has given it a degree of legitimacy due to his status as one of the greatest golfers of all time. He ran into trouble when comments he made to author Alan Shipnuck, who is writing a biography of the golfer, surfaced last week.

Mickelson called the Saudis “scary” in reference to the league and acknowledged the Gulf kingdom’s human rights issues.

“They killed (Washington Post columnist Jamal) Khashoggi and have a horrible record on human rights. They execute people over there for being gay,” Mickelson reportedly told Shipnuck.

Mickelson went on to say that the Saudi league is the only way to get the PGA Tour to do right by the players.

“The Saudi money has finally given us that leverage,” he said.

Mickelson released a lengthy apology Feb. 22. He said the remarks were “out of context” and shared without his permission, but he added that he was “deeply sorry” for his word choice.

Mickelson appeared to stand by his criticism of the PGA Tour, though, saying “golf desperately needs change.” He also praised the LIV Golf Investments, saying his experience with the Saudi-backed entity has been “very positive.” The statement did not mention Saudi Arabia specifically.

Mickelson is hardly the first notable American to work with Saudi Arabia in spite of criticisms in some quarters of the country’s human rights record. Both US presidents Donald Trump and Joe Biden notably declined to punish Saudi Crown Prince Mohammed bin Salman for his alleged role in the Khashoggi murder, with Trump going so far as to publicly back the prince over the matter. More recently, Biden has resisted pressure to stop US military cooperation with Saudi Arabia.

Why it matters: Saudi Arabia now finds itself at the center of a major controversy in American international golf. American golfers Dustin Johnson and Bryson DeChambeau, who were linked to the Saudi league, announced Feb. 20 they would stay with the PGA Tour. Their decision followed the leak of Mickelson’s comments.

The move is also another blow to Saudi Arabia’s reputation, which has taken a hit in recent years. In addition to the Khashoggi murder, Saudi Arabia has been criticized for its intervention in Yemen's civil war. Much of the criticism centers around Prince Mohammed. The prince is also the leader of the Saudi sovereign wealth fund that is backing the Super Golf League.

The Saudi project still has some big names attached to it. Australian golf legend Greg Norman signed on as LIV Golf Investments’ CEO last year. Norman has also criticized the PGA Tour for years, particularly regarding financial transparency and restrictions on players competing in outside tournaments.

The Saudi response: LIV Golf Investments has not commented on the Mickelson controversy, and Al-Monitor’s efforts to contact the firm were unsuccessful.

Mickelson’s remarks were widely covered in Arabic online and social media, with some outlets framing his apology as being directed to Saudi Arabia itself.