The European Bank of Reconstruction and Development is investing $10 million in the startup Swvl, which operates in Egypt. 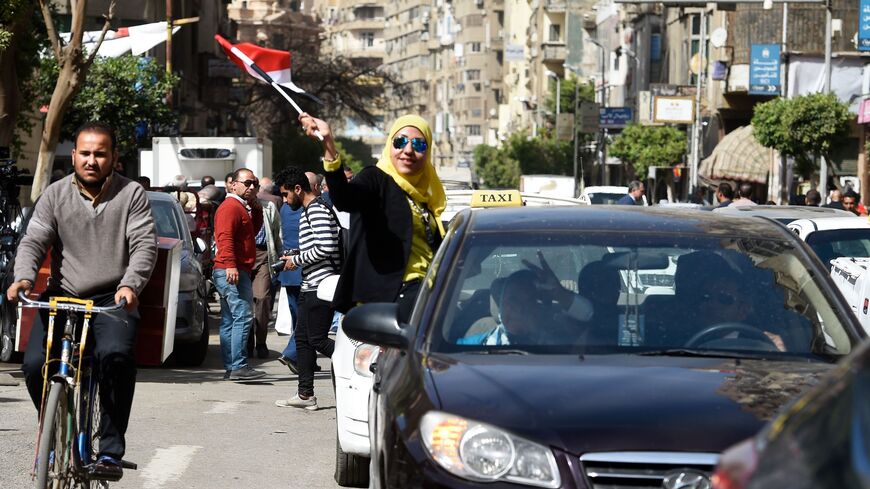 An Egyptian woman waves her national flag out of the window of a taxi on the first day of voting for the 2018 presidential elections on March 26, 2018. - KHALED DESOUKI/AFP via Getty Images

A European bank has announced an investment in a ride-sharing company with the aim of making transportation in Egypt safer for women.

The European Bank of Reconstruction and Development signed an agreement to invest $10 million in the ride-sharing company Swvl. The London-based bank said the investment aims to "advance safety for women on buses in Egypt” in a press release yesterday.

Swvl allows users to book rides on minibuses that the company operates. Users hail the rides via a mobile phone application. Swvl was founded in Cairo in 2017, but is currently based in Dubai. It operates in Egypt, the United Arab Emirates, Saudi Arabia, Jordan, Pakistan and Kenya.

Safety for women is a priority for the company, as sexual harassment is a particularly dangerous threat to women in Egypt. Swvl aims to offer affordable rides people can take instead of public buses. Swvl also offers private bus bookings in Egypt. Last year, the company began offering women-only rides in Pakistan.

The European Bank of Reconstruction and Development said it expects Swvl to become the first privately owned startup from the Middle East to be listed on the Nasdaq stock exchange in New York. Middle East infrastructure director Sue Barrett told the exchange earlier this month that the bank is “delighted to support SWVL at this key moment in its remarkable journey from a startup to becoming a company listed on the NASDAQ.”

This is not the first time Swvl has attracted foreign capital. Last July, Swvl and Queen’s Gambit Growth Capital announced a merger with the purpose of making Swvl a publicly traded stock. The women-led firm valued Swvl at $1.5 billion at the time. Queen’s Gambit is a special purpose acquisition company that aims to take other companies public. It is based in New York.