Egypt will establish a new incubator to help entrepreneurs with disabilities turn their projects into viable businesses, as the Arab country aspires to turn this segment of society into a driving force of economic growth. 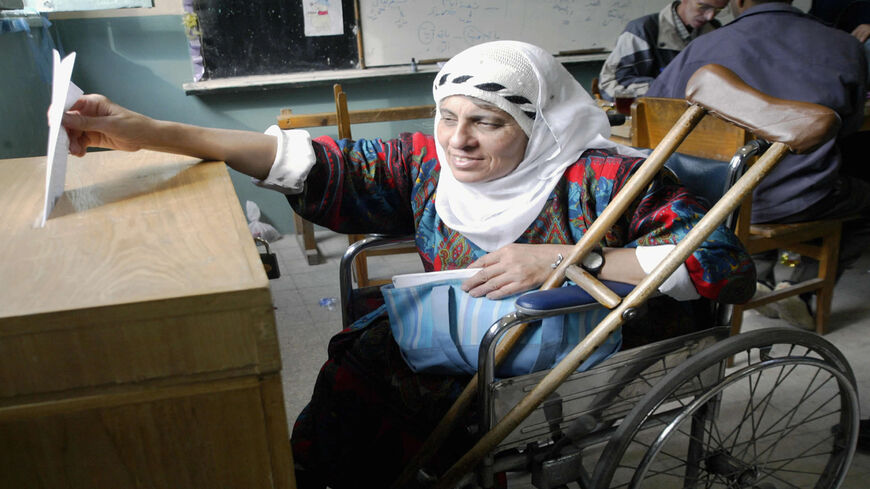 CAIRO — Egypt has unveiled a plan to establish an incubator that focuses solely on entrepreneurs with disabilities, the first of its kind in Egypt.

The new incubator is part of a plan to encourage Egyptians with disabilities to become effective players on this populous country's economic stage and a major driving force of economic growth.

It will be established by the Ministry of Planning and the Arab Academy for Science, Technology and Maritime Transport, a university operated by the Arab League.

The incubator, the Egyptian government says, will offer all types of support to persons with special needs with promising entrepreneurship ideas.

"The incubator will be instrumental in helping people with disabilities turn their entrepreneurial ideas into realities on the ground," Mohamed al-Aqabi, official spokesman of the Ministry of Planning, told Al-Monitor. "This is a mechanism that will also help the Egyptian state benefit from the capabilities of this group in society."

Egypt has been showing growing interest in turning persons with disabilities from a social category that needs help into a fuel for development for several years now.

Persons with disabilities make up around 12% of Egypt's population of 100 million.

In 2018, Egyptian President Abdel Fattah al-Sisi issued Law No. 10 on the rights of persons with disabilities. The law guarantees several rights including nondiscrimination on the basis of disability.

The Egyptian government declared 2018 the Year of Persons with Disabilities in Egypt.

The World Youth Forum, Sisi's mechanism to increase interaction between his country's youth and their peers from all corners of the globe, recommended in 2019 stronger support for persons with disabilities, including through the establishment of special academies to respond to their educational needs.

This growing interest follows decades of neglect for the nation's citizens with disabilities. People with special needs were rarely given jobs by Egypt's private and government sectors. Stigmatized by society and suffering poverty, support has been lacking for years.

Egypt's Labor Law specifies that 5% of all vacancies in the private and government sectors should be allocated to persons with disabilities. For a long time, the latter complained that this article of the law was not enforced.

Now, however, things seem to be changing, with Egypt rediscovering this group in society and considering them an essential component of its economic development.

Planning Minister Hala al-Saeed said the new incubator would back innovation and entrepreneurship and empower persons with disabilities by creating an environment that advances their social integration.

"The social integration of persons with disabilities is a basic component of Egypt's development strategy," the minister said Jan. 31.

Nonetheless, this seems to be about more than just social integration for people with special needs.

Egypt has seen an unprecedented surge in startups and entrepreneurial initiatives in the last few years, amid a growing popularity of entrepreneurship among Egyptians in general.

These startups and initiatives appear to be part of the country's new economic plan, with Egyptian officials paying special attention to young people with innovative business ideas.

In December, Immigration Minister Nabila Makram insisted during her visit to the United Arab Emirates to visit the office of an Egyptian startup in the field of transport.

In September 2017, the government established Egypt Ventures, Egypt's first company to support entrepreneurship and startups, with an initial capital of around half a billion Egyptian pounds (roughly $32 million).

Since then, the company has offered support to dozens of startups, including through direct financing. It also encouraged the private sector to invest hundreds of millions of Egyptian pounds in local startups.

"The government is ready to offer all support needed by startups and remove any hindrances," the prime minister said during a meeting with a host of local entrepreneurs and startup business owners.

This official support to business innovation is paying off.

Long lines form inside the General Investment Authority in eastern Cairo every day with young Egyptians who want to establish new companies and become part of the nation's entrepreneurial scene.

This support has also been of great value to Egyptians with special needs.

Tarek Salem, founder of I'm Home, the nation's first startup that looks after the needs of persons with disabilities, is one of the people who benefited from this support.

Salem's startup tries to secure an independent living for people with special needs by providing them with a wide range of tools and equipping their homes with whatever can make them independent.

The new incubator, he said, would be of great help to large numbers of entrepreneurs with disabilities who want to launch their own projects.

"The number of persons with special needs who have innovative ideas for business projects is huge, but they need training and financing," Salem told Al-Monitor. "This is where the new incubator will help, namely by providing the necessary support to turn these innovative ideas into projects on the ground."

Salem is one of a large number of people with special needs who managed to carve a niche for themselves on the national economic stage in the past few years, proving that this group in society is instrumental as Egypt strives to develop its economy and tap into its unexploited human capital.

Tapping into the potential of people with special needs is a main objective of the protocol signed Jan. 31 by the Ministry of Planning and the Arab Academy for Science, Technology and Maritime Transport. Nonetheless, the incubator is a small detail of the larger plan of the protocol.

It will also help them establish their own projects by finding solutions to the challenges facing them and increase awareness about entrepreneurship in general, according to the Arab Academy for Science, Technology and Maritime Transport.

"The programs to be launched in light of the new protocol will tap into the abilities of people with special needs by offering the necessary support and financing the projects," said Wael al-Dessouki, head of the Entrepreneurship and Innovation Center, the entrepreneurship support arm of the Arab Academy for Science, Technology and Maritime Transport. He told Al-Monitor, "These programs will be a step on the road to turning persons with disabilities into a driving force of economic growth in our country."

Economy and trade
Start-ups and entrepreneurship