Israelis are shaken and embarrassed by an incident last month in which IDF soldiers arrested an almost 80-year-old man in the middle of the night and left him outside in the cold, where he died. 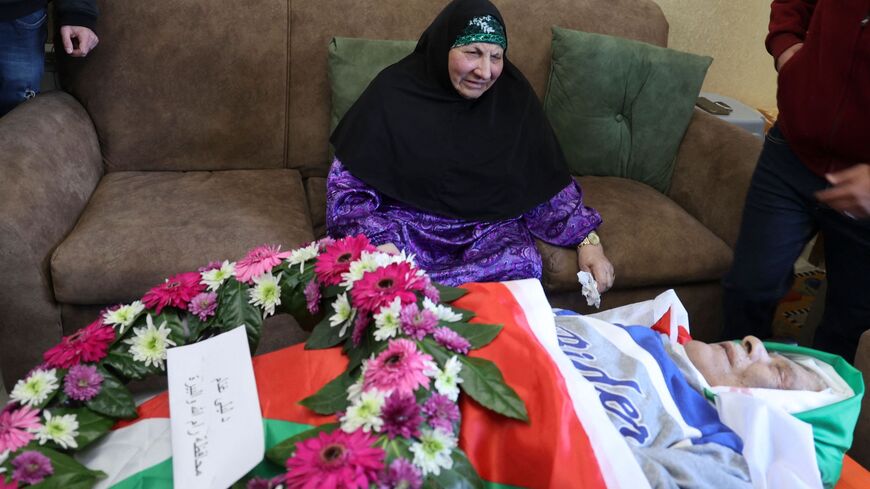 Relatives mourn during the funeral of Omar Abdalmajeed Assad, 78, who was found dead after being detained and handcuffed after an Israeli traffic stop in the village of Jiljilya in the Israeli-occupied West Bank, Jan. 13, 2022. - JAAFAR ASHTIYEH/AFP via Getty Images

Almost a month has passed since the death of Omar Asaad. The 78-year-old Palestinian, who also has US citizenship, died in Israeli custody Jan. 12 after being arrested by the Israel Defense Forces in a West Bank village just north of Ramallah. The incident has embarrassed Israel and the IDF all around the world.

Last week, IDF Chief of Staff Aviv Kochavi met with US Ambassador to Israel Tom Nides to express his regrets over Asaad’s death. Asaad held American citizenship and had lived in the United States for many years. According to an IDF statement posted on Twitter, Kochavi informed the ambassador that both an in-depth inquiry by the IDF and an investigation by the military police are underway. Kochavi called the incident "a grave moral lapse."

Had Asaad not been an American citizen, the shocking circumstances surrounding his death might have been lost in a flood of reports about other incidents between the IDF and Palestinians. In this case, however, the US State Department demanded an response almost immediately.

The unique story is shining a spotlight on the ugly face of the Israeli occupation not only in the international arena, but also within Israel itself. Photos of a handcuffed Asaad forced to lie on the floor in the freezing January cold have popped up in the media, along with photos of his life: an elderly man surrounded by a loving family. They broke through the barrier of Israeli apathy.

The night of Asaad’s death, his family immediately began giving interviews to the Israeli and international media. Asaad’s brother spoke with a reporter from Haaretz from the entrance to the hospital in Ramallah. He described how his brother was visiting a nearby village late at night. On his way home, he ran into a group of soldiers. According to his brother, Asaad was "an elderly man who suffered from respiration and heart problems." He said, "I don't understand how a man that age can be considered a danger. They handcuffed him and shoved him. That's abuse." He added that the family was informed that the elderly Asaad died of a heart attack or respiratory failure. “But I have no doubt what he went through caused his death.”

His and other descriptions of Asaad's final night offered an unflattering glimpse into what goes on in Israel’s backyard. The incident began around 3:00 a.m., when Asaad was driving home from an evening with family friends. The soldiers that stopped him asked him to get out of his car and argued with him. Some 20 minutes later, he was arrested and led on foot in the cold to the yard of an abandoned villa about 150 meters away. He was left there handcuffed on the floor for hours.

The IDF investigated the incident immediately and released its findings on Jan. 30. The conclusions were devastating: Asaad was detained in the village of Jiljilya on Jan. 12. Four soldiers, led by a platoon commander, put up a surprise roadblock in the village and stopped cars and drivers. Asaad was one of four drivers detained there. The troops moved the detainees to a nearby building and left a single soldier to guard them. According to soldiers present during the incident, Asaad protested his detention. In response, they handcuffed and blindfolded him and covered his mouth with a piece of cloth. After some time, the soldiers released the other detainees from their handcuffs and told them to leave. Asaad was left lying on the ground.

Kochavi immediately relieved the platoon and company commanders of duty and announced that they would not hold any command positions for a period of two years. The commander of the Netzach Yehudah battalion, to which the soldiers belonged, was reprimanded.

Kochavi described the soldiers’ conduct as a “careless act that runs contrary to the values of the IDF, at the center of which is the requirement to protect the sanctity of any human life. The way they left a person on the ground is immoral and reprehensible. Being mission-oriented does not contradict maintaining IDF values.”

The incident has brought the world's attention to the soldiers who detained Asaad. All of them are part of Netzach Yehudah, an ultra-Orthodox unit that operates in the West Bank. Over the years, there have been many reports of incidents involving unruly behavior by this battalion, some of them investigated by the military police. There are now calls to dissolve the battalion entirely, with claims that it functions like an independent militia within the IDF.

According to testimonies by soldiers and officers alike, the troops in the battalion tend to align with the ideological right and some of them live in the settlements. They are described as having a hard time distinguishing between their personal beliefs and their duties in uniform. This incident, which caused trouble between Israel and the Americans, could well get the IDF to take a hard look at the unit.

Soldiers and officers familiar with the battalion’s behavior from their own military service said in media interviews that the incident did not surprise them. They testified that over the years, the battalion had developed its own moral, ethical and professional standards that are far lower than what the IDF expects from the rest of its troops. They also contended that the members of the battalion have total disregard for established IDF hierarchies.

“We would go on routine operations in the villages, and suddenly, one of the guys would decide to toss a stun grenade into a home or passing car,” one soldier from the battalion who was discharged two years ago said in an interview with Haaretz.

An unnamed military source quoted in that same article told of a discussion among senior IDF staff two years ago after another problematic incident involving the battalion. Proposed solutions involved breaking up the battalion and incorporating its soldiers into other units. Given the sensitivity of such a move, however, the idea was eventually dropped.

Now that Kochavi himself is being asked to provide the Americans with answers, it may be time for the IDF to impose order on the Netzach Yisrael battalion. With center-left Benny Gantz now as defense minister, doing so finally seems possible.