Settlers angry after the death of 16-year-old Ahuvia Sandak are protesting violently across the country and also attacking Palestinian property in the West Bank. 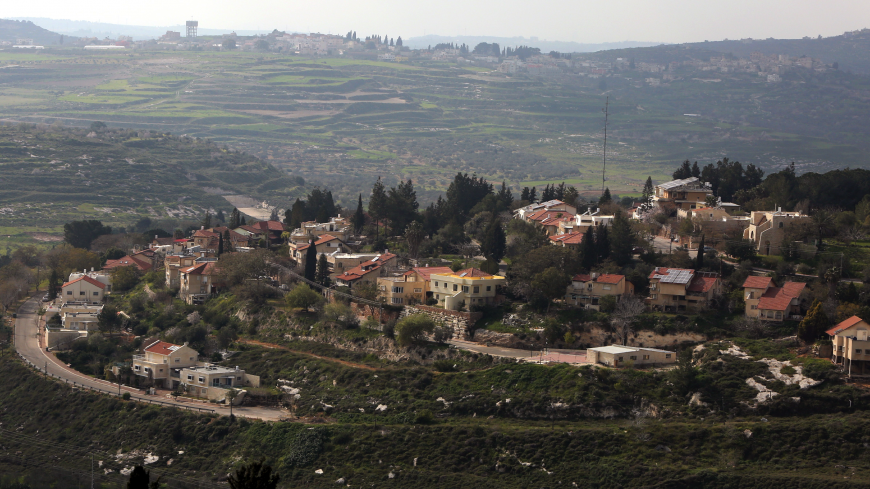 A picture shows a partial view of the Israeli settlement of Kedumim, near the Palestinian town of Nablus, in the Israeli-occupied West Bank, on Feb. 9, 2015. - JAAFAR ASHTIYEH/AFP via Getty Images

Over the past few days, Israeli security agencies have been warning about escalating tensions in the West Bank. They fear that violent demonstrations and attacks on Palestinian property registered ever since the death of Ahuvia Sandak on Dec. 21 could continue and even spread.

More so, according to data published on Jan. 9, December 2020 was the most nationalist-violent month since the beginning of 2017. Israeli security agencies registered 41 "price tag" incidents, which is the name used for vengeance crimes carried out by Israeli extremists against Palestinians and against Palestinian buildings and property. Most of these December attacks were the throwing of stones and rocks at Palestinians in the West Bank, with seven people in total injured. A report by the Yesh Din Volunteers for Human Rights nonprofit organization on Jan. 1 said the group had recorded 25 attacks against Palestinians and their property since Sandak was killed — in other words, 25 incidents in ten days.

As aforementioned, the increase of violence by settlers and far-right activists is linked to the death of 16-year-old Sandak last month. He was killed when the car he was sitting in collided with a police car and then overturned. It happened during a car chase as police officers tried to detain five settlers — Hilltop Youth — suspected of throwing stones at Palestinians. Police said the driver lost control of the vehicle.

In contrast, settlers are claiming a police car ramming the vehicle caused the crash. The family of Sandak had petitioned the court for the incident to be investigated. They blame the police for the death of their son and also claim that the officers on the scene prevented rescue forces from reacting promptly. The Jerusalem Shalom Court received the petition, and a judge is expected to start examining it today.

The incident generated protests across Israel. Thousands of right-wing activists demonstrated against the police, demanding that the investigation of the incident be entrusted to an exterior, independent body. Many of these demonstrations were violent, with police arresting dozens of people for disturbing public order. On Dec. 29, for instance, police arrested 14 people in Jerusalem after demonstrators blocked traffic, caused damage to infrastructure and burned garbage bins. On Jan. 10, activists organized protests at several highway intersections, setting up makeshift barriers and blocking traffic. They also organized demonstrations in dozens of locations including in Haifa, Jerusalem and the Etzion settlement bloc. Reportedly, hundreds of people participated in these Jan. 10 protests. At least 10 of them were detained by the police.

The series of violent protests on Jan. 10 included also another serious incident in which settler Yehuda Shimon allegedly attacked the commander of the Golani Brigade’s Reconnaissance Battalion, Ayoub Kayuf. It happed outside the Kedumim West Bank settlement. Israel Defense Forces Chief of Staff Aviv Kochavi sharply condemned the incident. A statement issued on his behalf read, “The chief of staff determined that harming IDF soldiers — who serve day and night to defend citizens of the state — by settlers, who are protected by [troops], is unacceptable behavior that we must reject and vigorously fight against while, in addition, bringing to justice those involved.”

Kochavi was warning the Hilltop Youth against attacking IDF soldiers. But the young settlers have been doing more than just demonstrating. We have already mentioned the report on the increase of nationalist attacks during December 2020. It now seems that January could be no less violent. Reports about a demonstration that took place Jan. 1 in Jerusalem revealed that some of the demonstrators there threw rocks and other objects toward a vehicle driven by Arabs in the city and even tried to open the car’s door to attack the vehicle’s occupants. On Jan. 11, Yesh Din reported on dozens of settlers who gathered at a junction not far from Nablus. According to Yesh Din, the settlers threw stones at a Palestinian car and broke its front window. The Palestinian driver was injured and transferred to the Nablus hospital.