A Palestinian autopsy found that Omar Abdalmajeed As'ad died from a “stress-induced sudden cardiac arrest due to external violence.” 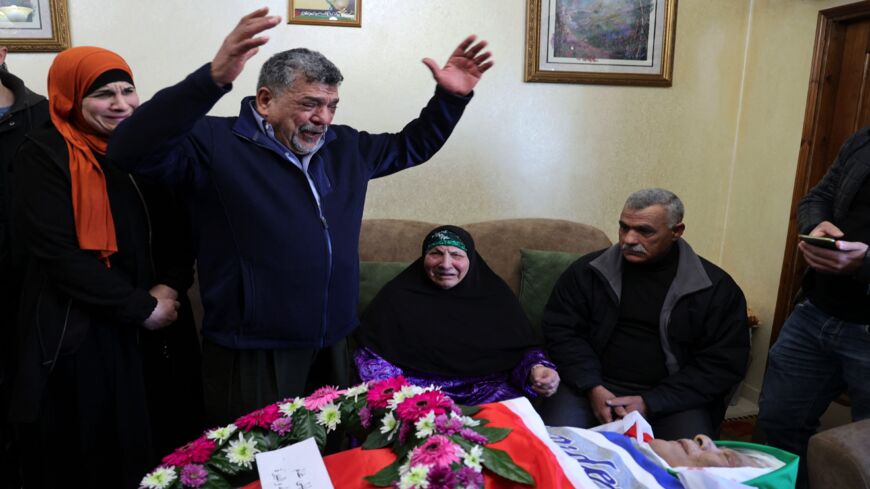 Palestinian relatives mourn during the funeral of Omar Abdalmajeed As'ad, 80, who was found dead after being detained and handcuffed during an Israeli raid, in Jiljilya village in the Israeli-occupied West Bank, on Jan. 13, 2022. - JAAFAR ASHTIYEH/AFP via Getty Images

An elderly Palestinian-American man who died after being detained in an Israeli raid on the outskirts of Ramallah this month suffered from a stress-induced cardiac arrest likely caused by being bound and gagged by soldiers, according to the findings of a Palestinian autopsy.

Omar Abdalmajeed As'ad, 78, was found dead on Jan. 12 by residents of Jiljilya, a village in the Israeli-occupied West Bank. A plastic zip tie remained on his wrist. A local official told Reuters that “Israeli soldiers stopped his car, bound him [and] blindfolded him,” and led him to a construction site.

A nearby physician, Islam Abu Zaher, told The Washington Post that As’ad’s face was blue by the time he reached him minutes after the soldiers left the scene. He added that As’ad was likely without oxygen for 15-20 minutes.

The postmortem released by the Palestinian Ministry of Justice said As’ad’s cause of death was “stress-induced sudden cardiac arrest due to external violence.” The autopsy reported internal bleeding in his eyelids, bruises on his head and red marks on his wrists.

The Israel Defense Forces (IDF) said As’ad was detained “after resisting a security inspection” by soldiers who were carrying out an overnight raid on the village. The IDF said As’ad was alive when he was released.

The IDF announced that military police were conducting an investigation into As’ad’s death. It did not comment on the Palestinian autopsy.

As'ad lived in the United States for decades and operated a grocery store in Milwaukee, Wisconsin. In 2010, he and his wife moved back to the Palestinian village where he was raised.

The Biden administration has called for Israel to conduct a “thorough investigation into the circumstances." On Monday, State Department spokesperson Ned Price said the United States has not seen a final report from Israel and remains “deeply concerned” by media reports detailing As’ad’s death.