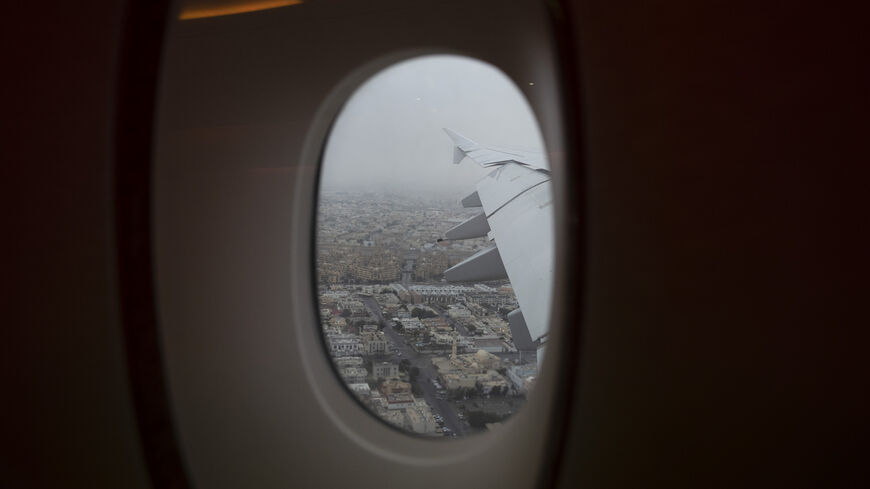 The city of Dubai is seen from an airplane window on Jan. 1, 2022, in Dubai, UAE. - Borja Sanchez Trillo/Getty Images

The US State Department renewed its travel advisory on the United Arab Emirates to warn Americans over the threat of missile and drone attacks.

The State Department had previously awarded the UAE its highest advisory level, “Level 4,” due to the Arab Gulf country’s rising number of COVID-19 cases. The update on Thursday citing the “ongoing, serious concern” of possible attacks affecting US citizens and interests in the Gulf region.

“Do not travel to the United Arab Emirates due to COVID-19. Reconsider travel due to the threat of missile or drone attacks,” reads the travel advisory.

The update comes after Yemen’s Houthi rebels targeted Abu Dhabi with drones and missiles on Jan. 17 in a rare attack that killed three people.

On Monday, the UAE and US militaries intercepted two ballistic missiles fired by the Iran-backed rebels toward an airbase housing US troops. The Houthis claimed responsibility for the attack on al-Dhafra airbase outside Abu Dhabi. It houses some 2,000 US military personnel and the US Air Force’s 380th Air Expeditionary Wing.

The UAE is part of the Saudi-led military coalition fighting the Houthis on behalf of Yemen’s internationally recognized government. The coalition has responded to the recent rebel attacks with a series of deadly airstrikes across Houthi-held Iran that monitoring groups say killed scores of civilians.

The Emiratis have asked Washington to redesignate the Houthis as a foreign terrorist organization. President Joe Biden has said the administration is considering reapplying the label despite concerns from aid groups who say it would complicate their work in Yemen.