The UAE has asked the Biden administration to reinstate a prior terrorist designation for Yemen's Houthi rebels. 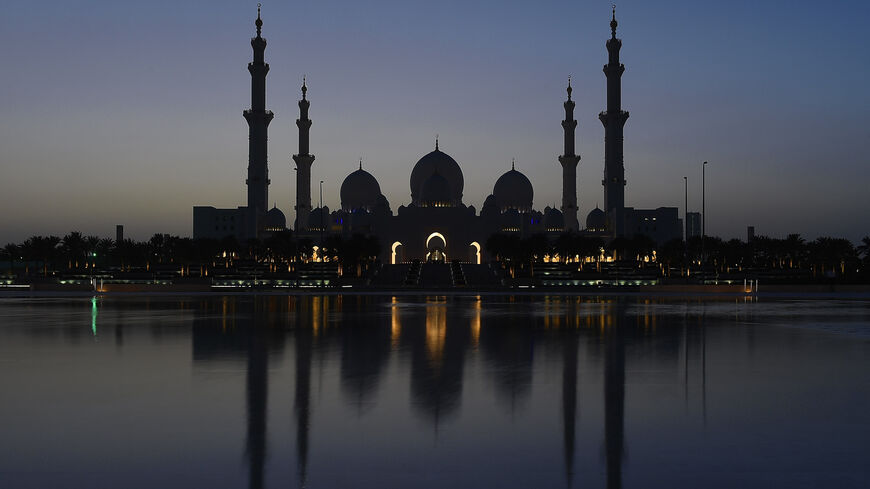 The United Arab Emirates is requesting US support to shore up its air defenses following a deadly drone attack claimed by Yemen’s Houthi rebels on Abu Dhabi on Monday.

A Pentagon official speaking on condition of anonymity confirmed the request but provided no further details.

“They discussed urgent steps to tighten air defenses against missiles and drones and enhance maritime security to stop weapons flows” to Yemen’s Houthi rebels, the UAE’s embassy in Washington said in a statement.

Austin "underscored his unwavering support for the security and defense of UAE territory against all threats," the Pentagon said in a statement later on Wednesday.

Houthi drones struck three fuel tankers, causing an explosion at a refinery at the Musaffah industrial zone in Abu Dhabi, and also caused a fire at the city’s international airport on Monday.

Otaiba also confirmed cruise and ballistic missiles were used in the strikes, several of which he said were intercepted.

The attack, which killed three people and wounded six others, threatens potential wider regional escalation in Yemen’s civil war. Although the Houthis have frequently launched drones and missiles into Saudi Arabia, Emirati officials have until now denied the rebels’ claims of attacks on their territory.

“We are asking our friends in the administration and in Congress to reinstate the Houthi terrorist designation,” Otaiba told an audience during a virtual event held by the Washington-based think tank Jewish Institute for National Security of America.

“I think the case speaks for itself. I think attacking civilian targets while a country is not in combat makes a very clear case,” Otaiba said.

The Biden administration revoked a terrorist designation for the Iran-backed Houthi rebels last year as US officials prepared a diplomatic push for talks to end Yemen’s civil war, now in its seventh year.

Riyadh and Abu Dhabi have lead roles in the Gulf military coalition backing Yemen’s government against the Houthi rebels, which have taken over most of the country’s north with the help of Iranian arms and training since 2014.

The UAE said it withdrew its forces from Yemen in 2019 but has continued to support pro-government militias, including the Giants Brigade, a tribal militia fighting the recent offensive in Shabwa province to relieve pressure on the embattled oil-rich area around Marib, a key holdout of government forces.

“Their success on the battlefield seemingly provoked the Houthis, who chose to retaliate directly against the UAE on its territory, likely in a bid to drive the Emiratis back out of the military fight,” Elana DeLozier, a fellow at the Washington Institute for Near East Policy, wrote in a report yesterday.

Earlier this month the Houthis seized an Emirati-flagged ship in the Red Sea. The Saudi-led coalition said the vessel was carrying medical supplies, but the rebels said it had entered Yemeni waters carrying military equipment and was engaged in “hostile activities.

Abu Dhabi is seeking an emergency meeting of the UN Security Council in response to Monday's attack.

The Emirati ambassador will join the UAE’s director of national intelligence, Ali Al Shamsi, for meetings with senior Biden administration officials and members of Congress later today, the embassy said in a statement.

Saudi Arabia was also targeted on Monday. The Riyadh-led military coalition said it intercepted eight drones launched toward the kingdom following the Abu Dhabi attack. The coalition responded with a blitz of airstrikes against the Houthis in the rebel-held Yemeni capital Sanaa, killing at least a dozen people, according to local reports.

The United States removed several air defense systems from the Gulf region last year, seeking to repair and maintain the units ahead of potential deployment elsewhere in the world as Washington refocuses its strategic priorities.

Assisting Gulf countries in integrating their air defense capabilities has been a top priority for US Central Command in recent years as Iran-made drones and missiles have proliferated in the region.

Timothy Lenderking, the Biden administration’s lead diplomat tasked with pushing for a negotiated end to Yemen’s war, departed for London and the Gulf today to “reinvigorate peace efforts," the State Department said today.

"The Special Envoy and his team will press the parties to de-escalate militarily and seize the new year to participate fully in an inclusive UN-led peace process," the statement read.

Monday's attack came as the UAE and Saudi Arabia have sought to reduce tensions with Iran via dialogue.