The talks will bring together protest movement and civil society representatives, rebel groups and the military in hope of restoring Sudan's path to democratic role. 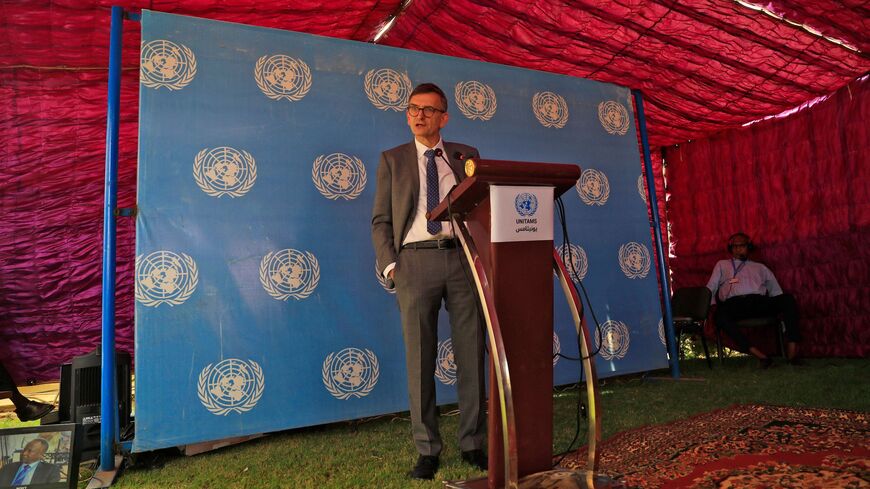 UN envoy Volker Perthes told reporters in Khartoum today that the talks would serve as a basis for trust-building “and would help to at least reduce the violence.”

In Perthes' Saturday statement proposing the talks, he said they would be inclusive, bringing together political parties, protest movement representatives, civil society groups, rebel factions and the military in order to find a “sustainable path forward towards democracy and peace” in Sudan.

Sudan’s transition to democratic rule following a 2019 uprising has been thrust into uncertainty in recent months after military officials in the transitional government deposed the civilian cabinet and declared a state of emergency.

Former Prime Minister Abdalla Hamdok was detained for several weeks before he signed an agreement with the military to appoint a civilian cabinet in November. Hamdok resigned last week, however, saying he failed to shepherd the transition.

His departure brings Sudan’s post-2019 transition into uncharted waters, as top military generals hold the positions of power but the country’s protest movement refuses to back down in their calls for a civilian government.

Security forces have killed more than 60 people amid recurrent demonstrations across the country since the Oct. 25 coup.

Activist groups largely rejected Hamdok’s deal with the military and continue to demand an end to military officials in power.

One of Sudan’s leading protest movement organizations, the Sudanese Professionals’ Association, rejected the UN’s offer for dialogue with the military in a statement on Sunday.

UN envoy Perthes, the body said, “has to listen carefully to the aims of our proud people and their revolutionary forces in establishing fully civilian, national rule.”

The United States, United Kingdom, Saudi Arabia and the United Arab Emirates issued a joint statement over the weekend supporting the UN initiative and calling on all parties to come together in order to “seize this opportunity to restore the country’s transition to civilian democracy.”

Last week, the US State Department announced that Washington’s Special Envoy for the Horn of Africa Jeffrey Feltman would step down from his role. He will be replaced by outgoing US ambassador to Turkey David Satterfield.

The Forces of Freedom and Change, Sudan’s primary opposition coalition, said it would welcome the UN-led dialogue and “any international effort that contributes to achieving the goals of the Sudanese people in combatting the coup and establishing a civil and democratic state.”

Sudan’s generals have ignored protesters’ calls for their removal from top government positions, saying that democratic elections will be held on schedule in 2023.