The UNRWA said $87.5 million in new funding is needed to continue operations in crisis-ravaged Lebanon. 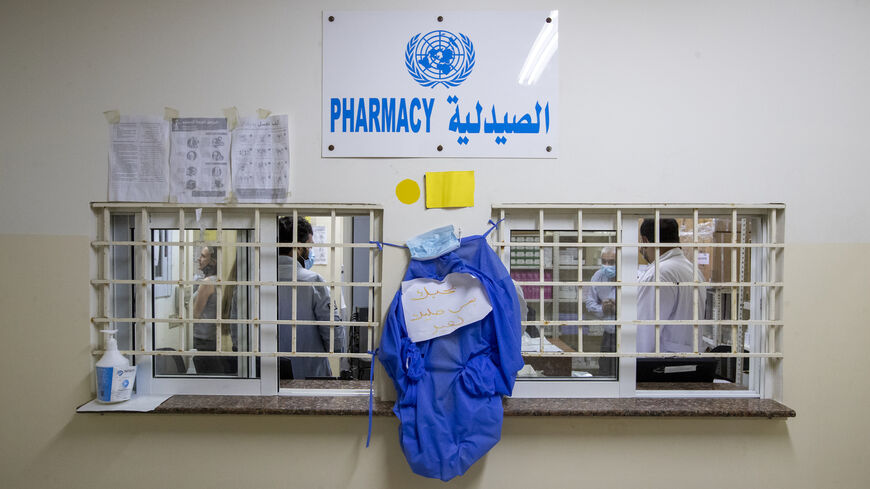 The pharmacy of the Palestinian refugee camp of Borj al-Branjeh (UNRWA), in Beirut, Lebanon, is pictured Sept. 24, 2021. - NICOLAS MAETERLINCK/BELGA MAG/AFP via Getty Images

The United Nations is seeking $87.5 million from the international community to reach Palestinian refugees living in impoverished Lebanon.

The UN Relief and Works Agency, or UNRWA, provides food, cash assistance and other basic services to an estimated 5.7 million registered Palestinian refugees and their descendants in the Palestinian territories as well as in Jordan, Lebanon and Syria.

Lebanon is experiencing its worst economic and financial crisis since its 1975-1990 civil war. The Lebanese currency has lost roughly 90% of its value since 2019, plunging millions into poverty and triggering shortages of food, fuel and other essentials.

On Tuesday, the cash-strapped UN agency for Palestinian refugees announced it needs a total of $1.6 billion to continue its lifesaving work across the region this year.

“The international community must give UNRWA sufficient and predictable funding so we may continue to provide Palestine refugees with a sense of security and normality they deserve,” Philippe Lazzarini, the agency’s commissioner-general, said in a statement.

The loss of US support under Trump plunged UNRWA into its worst financial crisis in the organization’s 70-year history and forced cutbacks on critical programs such as health care and schooling.