A group of 21 senators called on Secretary of State Antony Blinken to tie funding to UNRWA, the UN's Palestinian refugee agency, to "much-needed and meaningful reforms." 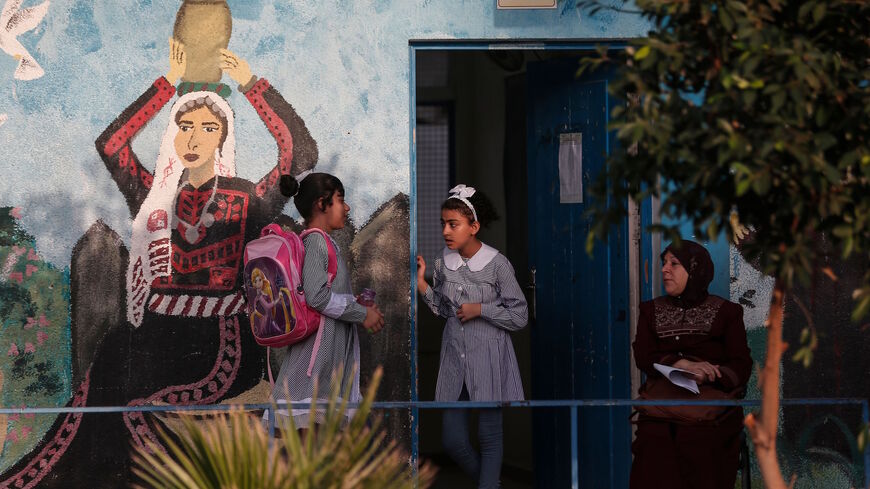 Palestinian students gather in front of a school run by the United Nations Relief and Works Agency (UNRWA) in Jabalia refugee camp in northern Gaza Strip, on the first day of school after local authorities eased some of the restrictions that were imposed in a bid to slow the spread of the novel coronavirus, on Aug. 8, 2020. - MAHMUD HAMS/AFP via Getty Images

A group of Senate Republicans on Thursday called on the Biden administration to call off its planned aid restoration to United Nation’s Palestinian refugee agency until significant reforms are met.

“We are concerned that this administration’s decision to resume US assistance to UNRWA was made in haste, without any actionable attempt to secure much-needed and meaningful reforms of the agency,” read the letter to Secretary of State Antony Blinken signed by 21 senators.

Earlier this month, the administration announced it would provide $150 million to support the UN Relief and Works Agency (UNRWA), making good on a campaign promise and partially restoring the funding slashed by President Donald Trump more than two years ago.

The UN agency provides food assistance, health care, schooling and social services to an estimated 5.7 million registered Palestinian refugees in Gaza and the West Bank, as well as in Jordan, Lebanon and Syria. When Trump ended US funding to UNRWA, the agency lost its biggest donor and was forced to scale back many of its programs.

In the letter led by Sen. Jim Risch (R-Idaho), ranking member of the Senate Foreign Relations Committee, the senators cited allegations that textbooks used in the agency’s schools have included material that is anti-Semitic. They also referenced occasional reports that UNRWA has employed individuals affiliated with Hamas and that its schools have been used by the Palestinian militant group to store weapons.

“It is troubling that these issues regarding the impartiality of UNRWA, including its education system, have yet to be sufficiently addressed despite this administration’s decision to restore U.S. funding."

State Department spokesperson Ned Price previously acknowledged  that there are “areas where we’d like to see reform” at UNRWA, stressing that the aid restoration gives the US “a seat at the table” from which to drive the conversation.

The Republican lawmakers called for several conditions to be met before the US resumes aid to UNRWA, including a US government audit of the organization, independent verification that employees are not linked to terrorist groups, and a review of all learning materials through an organization agreed to jointly by Israel and the Palestinian Authority.

The senators also took aim at UNRWA’s definition of refugee, which includes both refugees displaced from the 1948 war and their descendants. They called on Blinken to halt US assistance until UNRWA releases the number of “true” refugees served by the agency.

Meanwhile, Reps. Brad Sherman (D-CA) and Lee Zeldin (R-NY) have reintroduced legislation that requires the State Department report to Congress annually on school materials used by the Palestinian Authority and UNRWA and whether US aid is funding that curricula.