The move was the latest sign of friendship between Beijing and Damascus. 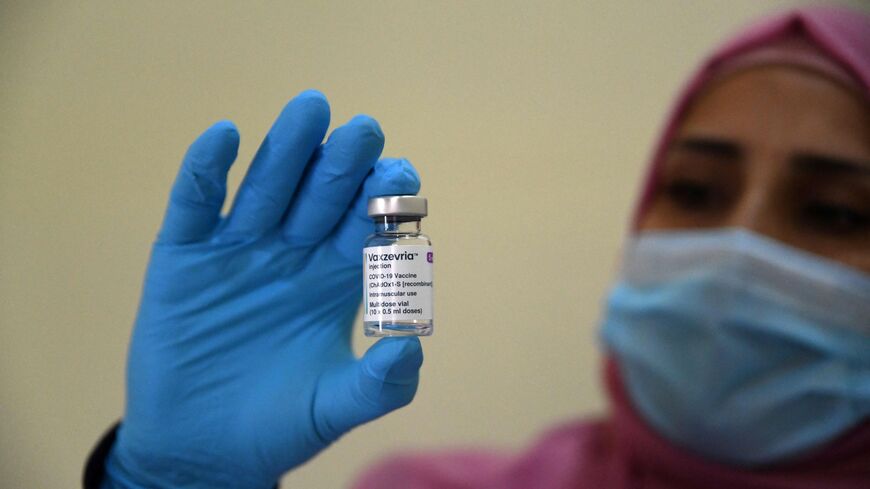 A medical worker holds a vial of the AstraZeneca vaccine, during a vaccination drive in the Syrian town of Jandairis in the countryside of Afrin in the rebel-held Aleppo province on Oct. 19, 2021. - RAMI AL SAYED/AFP via Getty Images

“The step is an indication of the Chinese leadership’s interest to enhance and maintain relations with Syria,” Health Minister Hassan al-Ghabash told reporters.

It was not immediately clear which exact vaccine the People’s Republic donated. This is the fourth time China has sent coronavirus vaccine doses to Syria, according to SANA.

Syria experienced a bad outbreak of COVID-19 late last year, exacerbating the fragile healthcare system that has been damaged by year of civil war. Cases have since decreased, and the country of 17 million is averaging around 40 new infections per day, according to data from Reuters. However, these numbers are from the Syrian government, which does not control the entire country. Some international observers have also reported undercounting of COVID-19 cases in Syria in the past year.

Only around 6.5% of the Syrian population is vaccinated against the virus, according to Our World in Data.

China is an ally of Syria. Last month, China’s embassy in Damascus provided a grant to a Syrian nonprofit.

China has provided its Sinopharm vaccine to several countries in the Middle East, including Bahrain and the United Arab Emirates. China’s Red Cross also sent 6 million Sinopharm doses to Iran in October.