The admission of Syria into the Chinese economic project is the latest sign of strengthening relations between Damascus and Beijing. 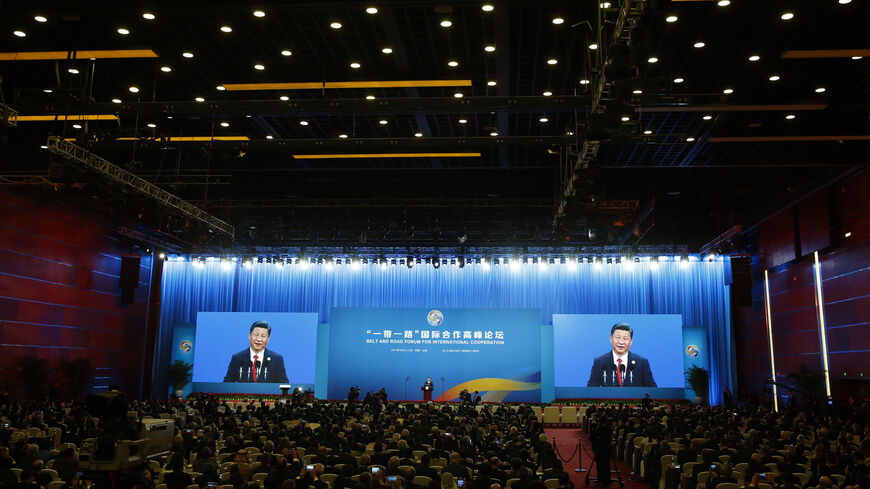 Chinese Chinese President Xi Jinping attends the opening ceremony of the Belt and Road Forum on May 14, 2017, in Beijing, China. - Thomas Peter/Getty Images

Syria has joined a major Chinese initiative on global trade, infrastructure and connectivity.

The head of Syria’s Planning and International Cooperation Commission, Fadi al-Khalil, signed a memorandum of understanding with China’s ambassador to Syria Feng Biao today on Syria joining the Belt and Road Initiative. The program will help Syria “open broad horizons of cooperation with China” and other countries, the official SANA news outlet reported.

The Belt and Road Initiative is a major foreign policy endeavor of Chinese President Xi Jinping that seeks to create economic connections over land and sea between China and the world. Under the initiative, Chinese firms and financial institutions fund roads, ports, internet infrastructure and more throughout the world. Various countries in Africa, Asia, Europe and Latin America are participating with varying degrees of involvement, according to the Council on Foreign Relations.

Syria and China have close relations. Earlier this month, China sent COVID-19 vaccine doses to Syria. Their friendship has also extended into economic cooperation. In December of last year, China awarded a grant to a Syrian nonprofit focused on development.