The grant followed a phone conversation between Syrian President Bashar al-Assad and his counterpart, Xi Jinping, about China's global economic initiatives and reconstruction in Syria. 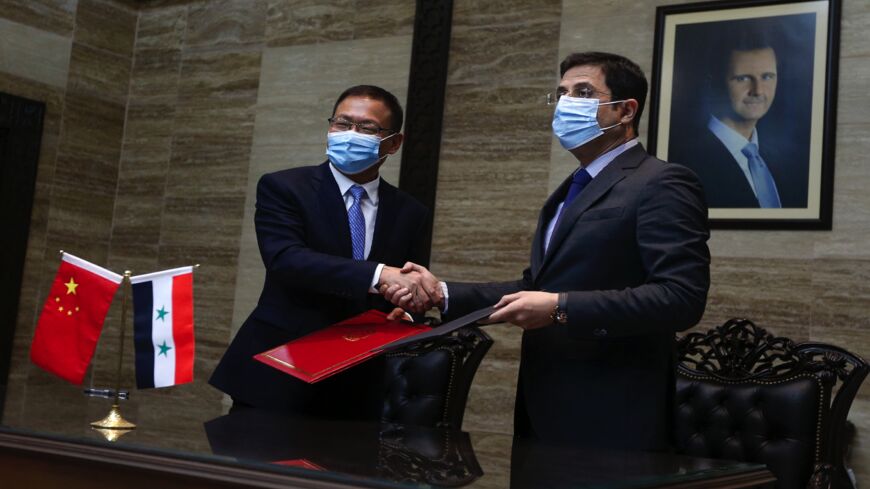 Syrian Health Minister Hassan al-Ghabash (R) and the Chinese Ambassador in his country Feng Biao (L) take part in a ceremony upon the arrival of Sinopharm Covid-19 vaccine doses, in the capital, Damascus, on Nov. 14, 2021. - LOUAI BESHARA/AFP via Getty Images

China’s embassy in Damascus awarded the $40,000 grant to the Syria Trust for Development. The Damascus-based organization focuses on fostering economic enterprise, life skills and Syrian cultural identity, per its website. The grant will go toward the trust’s programs on job readiness for youth, according to SANA.

The Chinese ambassador to Syria, Feng Biao, told the outlet that the grant reflects China’s desire to strengthen its friendship with Syria.

China and Syria have strong relations. The People’s Republic has used its veto power on the United Nations Security Council to vote in the Syrian government’s interest. China vetoed UN aid deliveries to rebel-controlled parts of Syria in 2020, for example. China has also expressed interest in participating in rebuilding efforts in Syria.

The grant announcement followed Syrian President Bashar al-Assad speaking to Chinese President Xi Jinping on the phone in November. The two discussed reconstruction in Syria, foreign involvement in the Syrian conflict, and Syria’s involvement in China’s Belt and Road Initiative for infrastructure, according to a readout from the Chinese Embassy in Damascus.