Soccer politics is at play as Sudan's Al-Merrikh Club insists to play its match against Egypt's Al-Ahly in CAF's Champions League in Ethiopia, giving rise to fears in Egypt from possible fan violence. 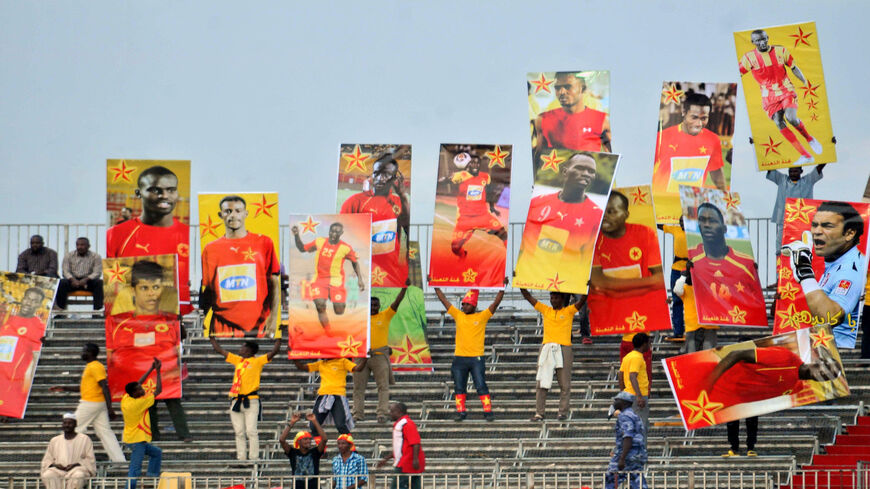 CAIRO — Soccer fans in Egypt are angry at Al-Merrikh, one of Sudan's top soccer teams, for requesting to play its match against Egypt's Al-Ahly team in a continental competition not in Sudan, but in Ethiopia.

A draw for the round of 16 of the Champions League of the Confederation of African Football (CAF) placed the two teams in one group, together with Al-Hilal, another Sudanese team, and South Africa's Mamelodi Sundowns.

Al-Ahly is due to face Al-Merrikh on Feb. 11 in Sudan and Al-Hilal on Feb. 18 in Sudan as well, according to the timetable of the matches drawn up by CAF.

However, CAF inspectors had in September of last year disqualified the Blue Jewel stadium in Sudanese capital, Khartoum, which usually hosts the matches of both Sudanese teams, considering them unfit for international matches.

This was why Al-Merrikh requested to play its match against Al-Ahly on Feb. 11 in Ethiopia, the closest country to Sudan.

However, Egyptian fans accuse the Sudanese team of seeking to reignite tensions between Egypt and Ethiopia.

Anger in this regard was clear on social media and on the streets in Egypt.

"Al-Merrikh stirs up new troubles between our country and Ethiopia," Abdurrahman Ahmed, a die-hard Al-Ahly supporter, told Al-Monitor. "The Sudanese club is well aware of problems between the two countries."

Deep under this anger are tensions between Egypt, Sudan and Ethiopia over water-sharing.

The three Nile Basin nations have been locked in a decade-old dispute over Ethiopia's construction of a gigantic dam over the Blue Nile, the main tributary of the Nile River that gives Egypt most of its fresh water needs.

Egypt gets almost 90% of its annual water from the river, and the mere notion of damming it puts Egypt's annual share of approximately 55.5 billion cubic meters in danger.

At this annual revenue from the river, Egypt is water poor already. The construction and the filling of the GERD reservoir will drive the populous Arab country's annual water deficit up to 30 billion cubic meters.

Egypt, Ethiopia and Sudan have been negotiating to reach a legally binding deal on the dam for 10 years now, but these negotiations have produced nothing so far.

This comes as both Egypt and Sudan accuse Ethiopia of playing time until the dam is an irreversible fact on the ground.

"Ethiopia wastes time intentionally to hinder any legal resolution to the standoff over the dam," Nadia Helmi, professor of political science at Beni Suef University in central Egypt, told Al-Monitor. "Egypt can do nothing but keep putting diplomatic pressure to reach a deal."

Egypt and Sudan referred the dam issue to the United Nations Security Council in June last year. Nevertheless, the council referred the whole matter to the African Union and asked the three states to negotiate in good faith.

This came before Ethiopia made its second filling of the dam reservoir.

Ethiopia now prepares for a third filling of the reservoir, turning a deaf ear to Egyptian and Sudanese calls for reaching a deal.

This stokes Egyptians' anger and fears, especially with Egypt insisting that the Ethiopian dam will put it on the edge of thirst.

Al-Merrikh's request that its match against Al-Ahly be played in Addis Ababa adds insult to injury, Egyptian soccer fans say.

The request will only increase tensions between Cairo and Addis Ababa, they add.

"Al-Ahly's fans are against playing the match in Ethiopia because there will be a lot of tension," Ahmed, the soccer fan, said. "I cannot also rule out the possibility of fan violence."

Soccer and politics are intertwined in this part of the world. Soccer is even used as a political tool by some rulers and governments in the region.

Political and diplomatic relations between Egypt and Algeria remained strained for several years after the match, and many in the two countries have bitter memories of the aftermath of this soccer encounter.

Having been at the center of accusations of sponsoring political Islam, including some violent Islamist movements, Qatar is now using soccer to woo Arabs back to it, especially as it prepares to host the World FIFA Cup in 2022.

Doha, which had been subjected by Egypt, Saudi Arabia, the United Arab Emirates and Bahrain cut off diplomatic and trade  embargo with it in June 2017, is now becoming the soccer capital of the Arab world.

Al-Ahly is Egypt's most celebrated soccer team. With tens of millions of fans across Egypt and Africa, the team is also one of the most powerful in the continent.

It claimed a huge number of local and continental competitions, and has won the CAF Champions League 10 times since the competition's launch in 1964.

However, its encounters with Al-Hilal and Al-Merrikh might put additional strains on its players, if they are played in Addis Ababa, local sports commentators say.

"This is true, even as Al-Ahly is by far Africa's most powerful team," Egyptian sports journalist Gamal Hulail told Al-Monitor.

CAF will give the two Sudanese teams until Jan. 8 to fix the Blue Jewel Stadium, originally owned by Al-Hilal Club, before finally deciding on whether to allow Al-Hilal's and Al-Merrikh's encounters with Al-Ahly to be played in it or move them to another country, most probably Ethiopia.

Nonetheless, Sudanese sports commentators expect the two teams to fall short of fixing their stadium before the CAF deadline comes to an end.

"The sure thing is that the Blue Jewel Stadium will not be ready for the matches before the CAF deadline ends," Sudanese sports journalist Mohamed Saleh Matar told Al-Monitor. "The Sudanese club has committed a mistake by demanding to play its match against Al-Ahly in Ethiopia, given political tensions between Egypt and Ethiopia."