Saudi public debt has increased in recent years with the decline in global oil export revenues. 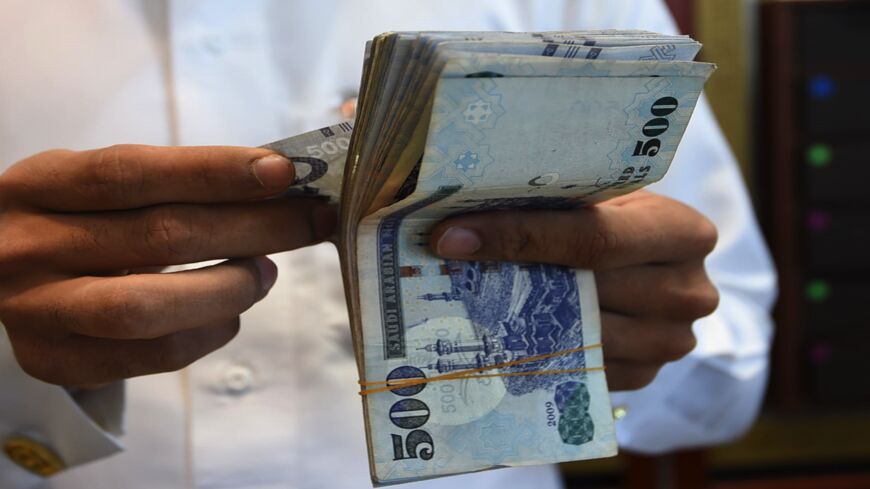 A Saudi man counts banknotes at his jewelry shop at Tiba market in Riyadh, on Oct. 3, 2016. Since 2014, global oil prices have collapsed by more than half, leaving Saudi Arabia with a record deficit last year. - FAYEZ NURELDINE/AFP via Getty Images

The Saudi government said yesterday that it will maintain its current amount of debt this year.

Saudi public debt is “estimated” to remain at approximately 938 billion Saudi Arabian riyals ($250.1 billion) in 2022. The government will focus this year on refinancing around 43 billion riyals ($11.5 billion), the National Debt Management Center said in a statement.

Debt refinancing occurs when the borrower — in this case, the Saudi government — applies for a new loan with more favorable payment conditions than the previous loan stipulated.

Saudi Arabia’s debt has risen significantly in recent years, along with that of other Gulf states. In Saudi Arabia’s case, the reasons include a decline in oil export revenues as well as the state’s large public expenditures. The COVID-19 pandemic has also affected Saudi Arabia’s debt. The kingdom paid portions of private sector salaries during the crisis.

Riyadh’s debt payment plan includes several funding channels, including the issuance of bonds in euros, according to the National Debt Management Center statement.

Banking and Finance
Oil and gas