An investigative report by Calcalist newspaper claims Israel police has used the NSO-developed spyware Pegasus to hack cell phones of suspected criminals, of witnesses to criminal cases and of activists. 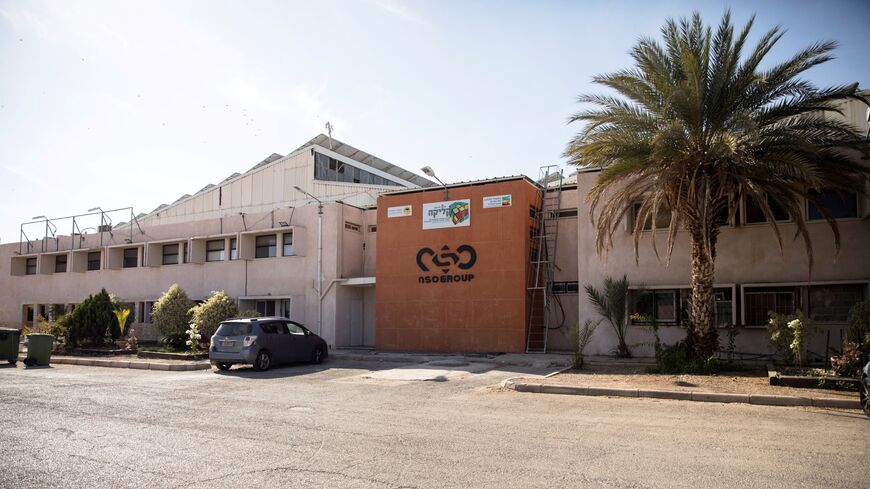 A view of the entrance of the Israeli cyber company NSO Group, which makes the spyware Pegasus, in the Arava Desert on Nov. 11, 2021 in Sapir, Israel. - Amir Levy/Getty Images

The NSO spyware Pegasus, a source of diplomatic embarrassment for Israel for months, was apparently also used by Israel police.

An investigative report published Jan. 18 by the financial Calcalist newspaper claims that the police purchased the software in 2013, under then-Police Commissioner Yohanan Danino, and actually started using it in 2015, when former Shin Bet senior Roni Alsheikh served as police commissioner. The software allegedly served the secret police cyber brigade named Signet. The report further claims that police used Pegasus to hack phones not only of criminals but also of activists and other civilians, without court authorization or the control of a judge.

The report offers the example of the Black Flag protests of 2020 against then-Prime Minister Benjamin Netanyahu. Police allegedly planted the Pegasus spyware in phones of some movement leaders remotely, in order to listen on their conversations and monitor their written exchanges.

The newspaper explains that a legal loophole enabled the police to operate in this manner for years, in disregard to citizens’ rights for privacy. It argues that while some specific cases might have justified such means, its investigation revealed systematic and large use of these methods. NSO people who support the software might have also been exposed to some of the classified information gathered by the police.

The Pegasus controversy began in July 2021, when the Forbidden Stories group published an extensive report, revealing that the software had been used for years by several governments to track phone numbers of activists, politicians and journalists. It implied that Israel did not strictly control these cyber tools, thus allegedly playing into the hands of non-democratic regimes. The resulting diplomatic crisis with France still casts its shadow over bilateral relations.

Today's Calcalist publication contradicts a statement made in 2019 by then-NSO co-president Tami Mazel Shachar, who said that as an Israeli company with American owners, NSO would not track Israeli or American phones. This affirmation was repeated when Jerusalem tried to appease Paris over Pegasus allegedly tracking the phone of French President Emmanuel Macron. According to these reports, the Israeli government offered to prevent the future use of Pegasus against French phone numbers, as it already prevents its use against American ones.

Israel police and authorities denied today any illegal use of spyware against Israeli nationals. Public Security Minister Omer Bar Lev stated, "There is no practice of wiretapping or hacking into devices by the Israel Police without the approval of a judge."

A statement by Israel Police said, “There is no basis for the allegations made in the article. All police operations in this field are legal, and based on court orders and meticulous work protocols. The activity is under continuous supervision and oversight by the attorney general and qualified legal officials outside the organization. Naturally, the police will not comment on the tools it operates. We regret the baseless attempt to damage the police’s activity.”

However, neither Bar Lev not Israel Police specifically denied using the Pegasus spyware.

NSO stated, “We wish to clarify that the company does not operate the system once sold to its governmental customers and it is not involved in any way in the system’s operation. … The company sells its products under license and supervision for the use of state security and law enforcement authorities to prevent crime and terror legally and in accordance with court warrants and local laws in each country.”