Iran and Pakistan have worked to strengthen their relations since the US military withdrawal from Afghanistan. 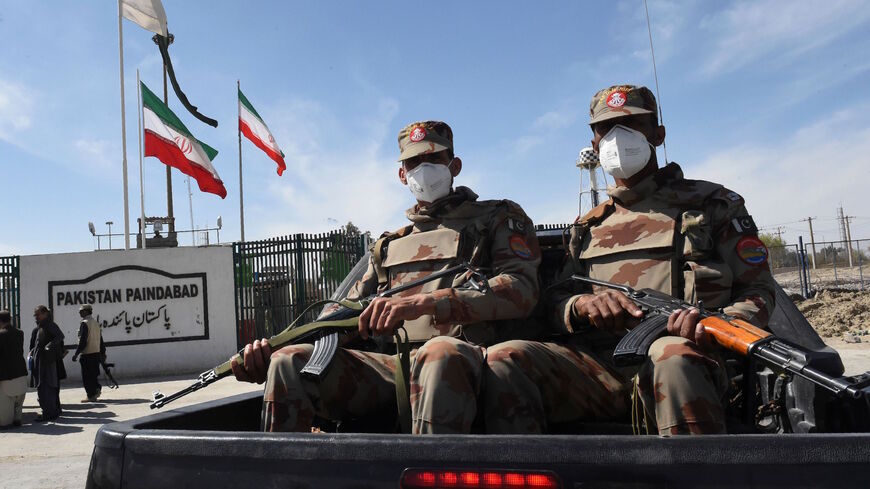 Pakistani soldiers wearing facemasks patrol near the closed Pakistan-Iran border in Taftan on Feb. 25, 2020 as fears over the spread of the COVID-19 coronavirus escalate following an outbreak in neighboring Iran. - BANARAS KHAN/AFP via Getty Images

Goudarzi also came to Pakistan to participate in the Pakistani military’s Barracuda-XI maritime defense exercise, according to the Islamic Republic News Agency. The drill focuses on several security-related sea exercises, including oil drill responses and rescue operations. Several countries are participating, including Turkey, Saudi Arabia, Bahrain and the United States, according to the Pakistani Ministry of Defense.

Iran and Pakistan have friendly relations. The two countries decided to strengthen military ties after the US withdrawal from Afghanistan last year, which facilitated the Taliban takeover of the country. Iranian military chief of staff Maj. Gen. Mohammad Hossein Bagheri traveled to Pakistan last October to meet with his Pakistani counterpart.