The military chiefs of staff of Iran and Pakistan met near Islamabad and pledged to strengthen ties. 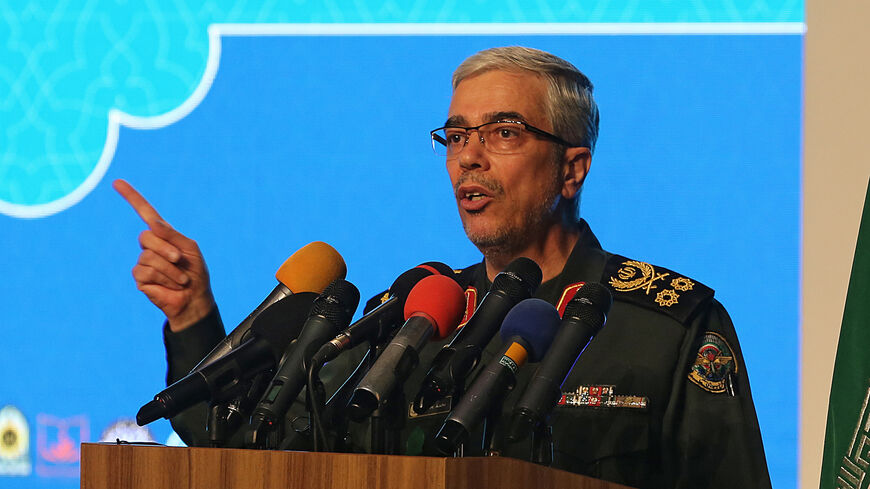 Iranian Armed Forces Chief of Staff Major General Mohammad Bagheri speaks during the the International Conference on the Legal-International Claims of the Holy Defense in the capital Tehran on Feb. 23, 2021. - ATTA KENARE/AFP via Getty Images

Iran and Pakistan have an important relationship. Last December, the two countries opened up a second border crossing between their territories.

Afghanistan is also a priority for both states. Pakistan hosts more than one million Afghan refugees and has longstanding ties to the Taliban. Iranian politicians are divided over how to handle the post-US military withdrawal situation in the country. Reformists want the Islamic Republic to stand by “resistance” fighters in the Panjshir valley and defend the country’s Shiite Hazara community. Conservatives, on the other hand, have been more open to working with the Taliban, which has an extreme Sunni Islamist ideology.