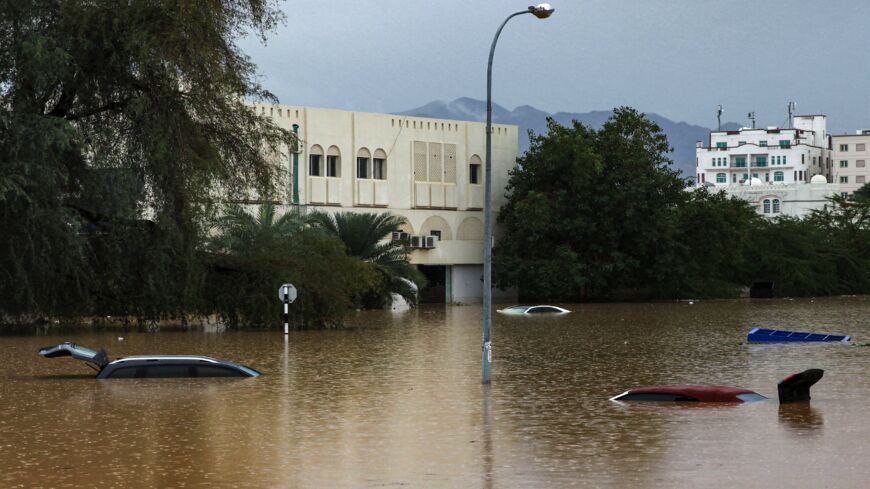 This picture taken on Jan. 4, 2022, shows a view of flooded cars in a parking lot outside a shopping center in Oman's capital, Muscat. - MOHAMMED MAHJOUB/AFP via Getty Images

The official Oman News Agency reported heavy rains in Seeb and Sohar. Both areas are on Oman’s Gulf coast.

There was also heavy flooding in the capital, Muscat. Rescue workers evacuated at least 45 people from their homes in the city due to the floods, according to the Times of Oman.

The rainfall appears to be over. AccuWeather reported clear skies in Muscat early Wednesday morning local time. The weather tracking website also noted moderately heavy wind gusts of 32 mph (50 kmh). AccuWeather is predicting clear skies for the rest of the week in the Omani capital.

Oman’s rainy season runs from January to February each year. An exception is Salalah in the southwest, which has a monsoon season in the summer.