The storm caused death and destruction throughout Oman and also hit Iran. 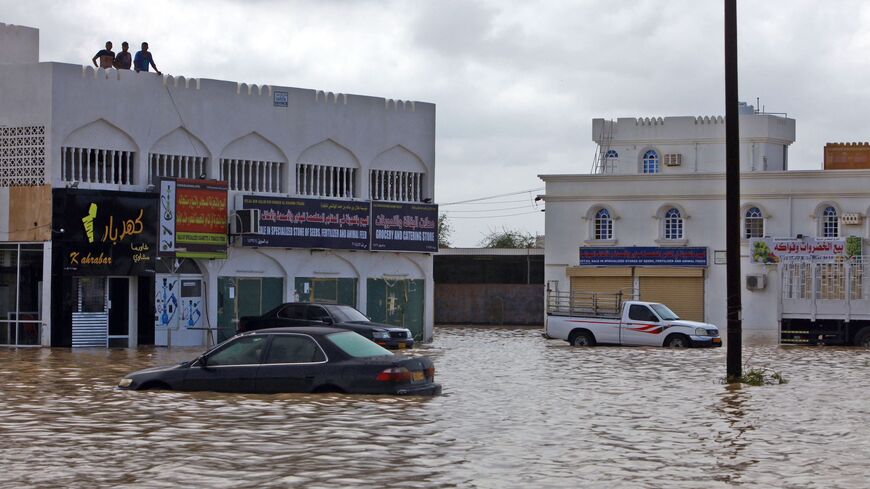 Vehicles make their way through a flooded street in the aftermath of Cyclone Shaheen in Oman's northern town of al-Mussanah on Oct. 4, 2021. - MOHAMMED MAHJOUB/AFP via Getty Images

Cyclone Shaheen caused major floods throughout Oman, both on the coast and inland. Municipal workers used pumps and bulldozers to remove water and debris from the streets while the Omani army and air force delivered supplies to civilians in affected areas.

A cyclone is a storm with very strong winds and heavy rains. The term is synonymous with hurricane and is used for storms in the Indian Ocean.

Oman’s National Committee for Emergency Management said Monday that seven people died due to damage wrought by Shaheen, while the Associated Press put the total death toll at 13.

The committee also reported disruptions to communications networks and school closures, and asked employers to not make their staff come to work due to the dangerous travel conditions.

There has been a massive rescue effort, with first responders using helicopters to retrieve people trapped by the raging floods.

Shaheen has also affected Iran, where some fishermen have been killed, according to the official Islamic Republic News Agency.