It is unclear if the fire, which has been brought under control, will have an effect on energy prices in the Gulf state. 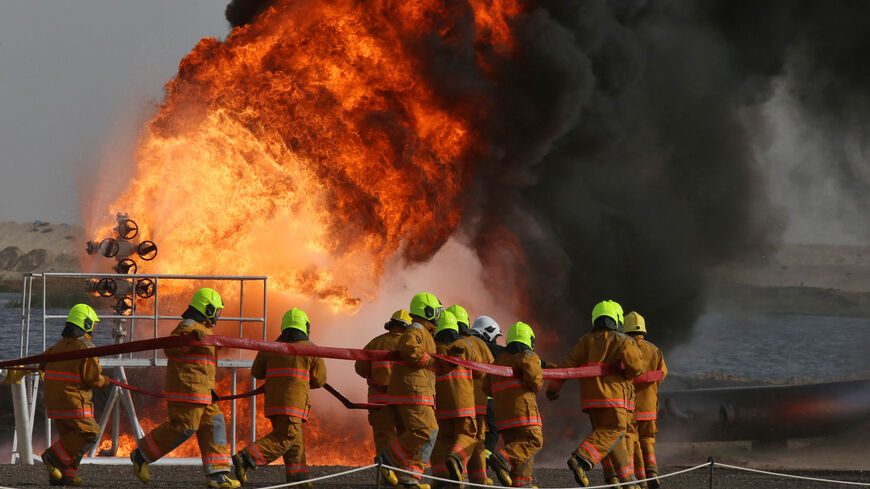 Members of the Kuwaiti fire service, national guard, civil defense and the army take part in a firefighting drill in the Arifjan area south of Kuwait City, on Jan. 20, 2022. - YASSER AL-ZAYYAT/AFP via Getty Images

A fire occurred at a petroleum coke field in Kuwait today.

The state-owned Kuwait National Petroleum Company said the fire broke out on a petroleum coke conveying line in an industrial area of Shuaiba, located on the Persian Gulf coast. There were no injuries and the company’s firefighters brought the fire under control. Exports from the area are temporarily suspended pending repairs, the official Kuwait News Agency reported.

Petroleum fuel is typically made from crude oil and hydrocarbons found, though it can also be produced from coal.

Fires at oil fields are not uncommon. Last week, two workers were killed in a fire at the Al-Ahmadi oil refinery, which is located just inland from Shuaiba and is also owned by the Kuwait National Petroleum Company. Kuwait’s Greater Burgan oil field also sustained a small fire last year.

It is unclear what effect if any today’s fire will have on energy prices in Kuwait. The price of Kuwaiti oil dropped a meager $0.07 to $89.14 a barrel yesterday. Prices in general are going up worldwide. Price data was not available today as it is the weekend in Kuwait.