Two workers were injured at the Greater Burgan field in southeast Kuwait. 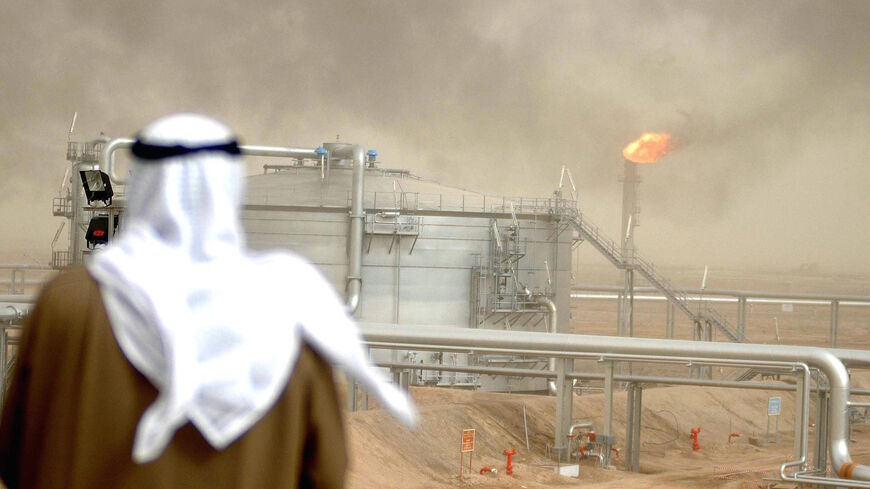 An employee of the Kuwait Oil Company looks at the Gathering Center No. 15 of Al-Rawdatain field, 100 kilometers (62 miles) north of Kuwait City, following its inauguration just three years after coming under explosion, Kuwait, Jan. 25, 2005. - Yasser al-Zayyat/AFP via Getty Images

A fire broke out at an oil field in Kuwait today.

The “limited” fire took place at the Greater Burgan oil field in the southeast of the Gulf country. The state-owned Kuwait Oil Company said that production was not affected. Two contractors were injured, but not seriously and were transported to a hospital, the official Kuwait News Agency reported.

The Greater Burgan field is the second-largest in the world after Ghawar in Saudi Arabia. It produces 1.6 million barrels of oil a day.

Kuwait is a major oil producer and member of the Organization for the Petroleum Exporting Countries, known as OPEC. The kingdom has sought to diversify its economy and reduce its dependence on oil in recent years.

The cause of the fire is under investigation, according to the Kuwait News Agency.