A controversial probe into the opposition-led Istanbul municipality might be the prelude of a campaign to criminalize and sideline Erdogan’s potential opponents in the upcoming presidential race, critics say. 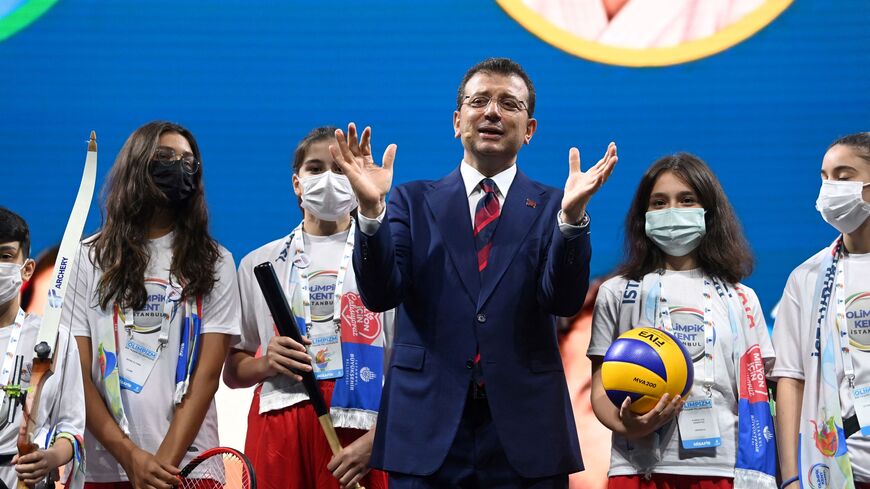 Mayor of Istanbul Ekrem Imamoglu speaks during a launch event to announce a new sport strategy and future sport plan on July 13, 2021 in Istanbul. Turkey's largest city wants to host the Olympic Games in 2036. - OZAN KOSE/AFP via Getty Images

In a parliamentary speech Jan. 12, Turkish President Recep Tayyip Erdogan called the opposition “the biggest problem of the country,” seeking to portray the main opposition leader and his aides as linked to terrorist groups and averse to Islam. The speech was widely seen as a fresh sign that Erdogan and his allies — hit by sagging poll ratings amid economic turmoil — would try to criminalize the opposition ahead of presidential and parliamentary elections next year.

Such worries have been on the rise since last month when the Interior Ministry brought up terrorism-related allegations against Ekrem Imamoglu, the highly popular mayor of Istanbul and member of the main opposition Republican People’s Party (CHP), while prosecutors took care to mention in an official indictment that CHP leader Kemal Kilicdaroglu had met with an association of Kurdish imams, which stands accused of links to the Kurdistan Workers’ Party (PKK), the armed Kurdish group that Ankara designates as a terrorist organization.

It all started with claims by Interior Minister Suleyman Soylu that more than 500 employees of the Istanbul Metropolitan Municipality (IMM) were affiliated with terrorist groups. Imamoglu immediately asked the Interior Ministry for a list of names, but to no avail. Instead, the ministry announced Dec. 26 a “special” inspection at the IMM following “tip-offs and complaints” that the municipality and affiliate companies had recruited 455 people linked to the PKK and dozens of others affiliated with far-left and other groups designated as terrorist organizations.

Pro-government media published the names and pictures of 30 of the “terrorist” employees. Nine of them turned out to not be IMM employees at all, while the rest sued the papers for defamation.

Curiously, the first documents the inspectors wanted to see were the lists of contracts the IMM has concluded and the business licenses it has issued since 2019, when Imamoglu became mayor, Tarik Balyali, the CHP spokesman at the municipal assembly, told Al-Monitor. “What do these have to do with a terrorism probe?” he asked, adding that “utterly political motives” underlaid the inspection.

Devlet Bahceli, the leader of the far-right Nationalist Movement Party (MHP), the de facto coalition partner of Erdogan’s Justice and Development Party (AKP), was quick to call for Imamoglu’s removal should the inspectors “establish a crime.” Erdogan, for his part, declared the mayor guilty already, saying that the IMM has become “the apparatus of terrorist organizations.” Furthermore, he said that “the same goes for Ankara,” raising the specter of a similar move against the Ankara Metropolitan Municipality.

For some observers, the inspection stems from the AKP’s grudge over the 2019 local elections, in which the ruling party lost its longstanding control of Ankara and Istanbul. Others believe the AKP is focused on the upcoming presidential and parliamentary polls. The elections are due in June 2023, but speculation is rife that Erdogan might call snap polls this year should he see a better chance of winning.

Erdogan’s poll numbers have steadily dropped amid economic turmoil, fueled by a severe currency depreciation and skyrocketing prices, and growing allegations of corruption and nepotism in AKP ranks. Meanwhile, Imamoglu and Ankara Mayor Mansur Yavas, also a CHP member, have enjoyed soaring popularity, with both polling ahead of Erdogan in a potential presidential race.

The local election results came from a coalition of opposition forces led by the CHP and backed tacitly by the pro-Kurdish Peoples’ Democratic Party (HDP), which has faced a harsh clampdown and risks being outlawed on charges of collaborating with the PKK.

“Regardless of who the CHP’s [presidential] candidate will be, the AKP-MHP alliance will seek to associate that person with terrorism and weave an election strategy based on narratives of national survival and the security of the state,” political commentator Evren Baris Yavuz told Al-Monitor.

If a criminal complaint is filed against the IMM, “such probes would turn into a judicial stick” against the opposition, Yavuz said. “The aim here is not to obtain a legal conclusion, but to imbue the public with a sense that something fishy is going on in the municipalities.”

In his Jan. 12 speech, Erdogan drew a link between the CHP and the HDP and sought to depict both parties as linked with terrorists. The AKP-MHP alliance, Yavuz said, “is trying to squeeze the opposition as a whole,” hoping that the accusations will eclipse the economic crisis, which currently tops the public agenda.

According to veteran journalist Ismet Demirdogen, the inspection at the IMM marked “the start of the AKP’s undeclared election calendar,” but the timing of the elections depends on the success of AKP's two main current strategies. “The first involves anti-Kurdism and exploitation of religion and the second involves disabling the opposition’s potential presidential candidates,” Demirdogen told Al-Monitor.

Kilicdaroglu was named in the indictment, he pointed out, and Imamoglu might be put on trial for employing people linked to terrorism. And by implicating the Ankara municipality, "Erdogan drew Yavas, also touted as a presidential candidate, into the game. They want to block and discredit those three potential candidates.”

According to Demirdogen, “The AKP’s ultimate objective is to undo the progress that CHP municipalities have made [in reaching out to the masses] through social assistance and solidarity, paralyze those municipalities in the lead-up to the elections and discredit potential candidates. Then they will conduct opinion polls to see whether or not the electorate is buying all this. If it is, they will promptly call elections. And if it isn’t, they will play for time.”

Asked whether Imamoglu and other opposition heavyweights could end up sidelined, CHP deputy chair Ali Oztunc said, “They may entertain such intentions but would not dare to go ahead because the people and the people’s votes is what matters in democracies. The people manifested their will in the elections in Ankara and Istanbul. They will do so in the general elections as well.”

Nevertheless, the CHP last week sent updated guidelines to its mayors across the country, detailing what they should do in the case of police raids, including precautions against evidence planting. 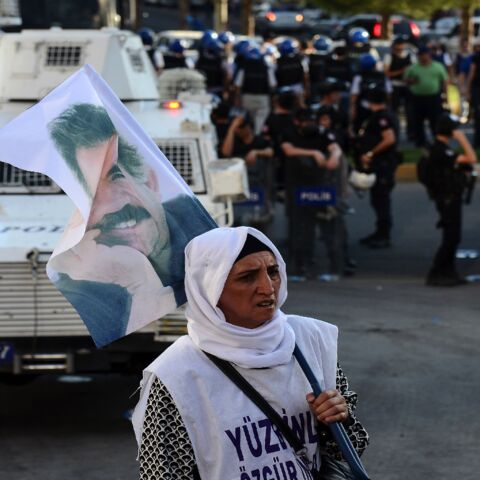