The Egyptian Coptic Church launched an initiative to plant trees in the grounds of all its affiliated churches and parishes to raise awareness of the issue of climate change, in preparation for Egypt hosting COP27. 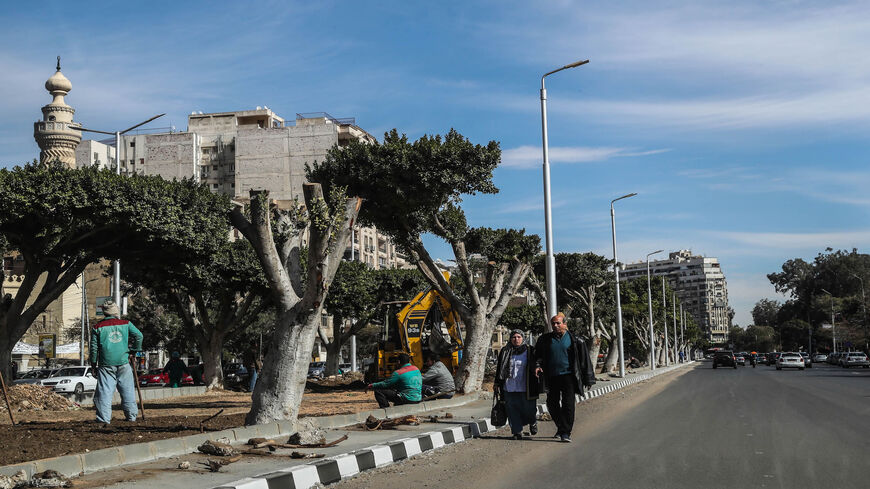 CAIRO — The Egyptian Coptic Church launched Dec. 25 an initiative to plant trees in the grounds of its churches and parishes in order to address climate change.

The church also announced a competition with prizes totaling 750,000 Egyptian pounds (roughly $48,000), provided that competitors choose trees suitable for the environment in which they will be planted, take into account landscaping and aesthetic appearance, and plant no less than 1,000 trees in every prominent parish.

The spokesman for the Egyptian Coptic Church, Moussa Ibrahim, told Al-Monitor, “The tree planting initiative stems from the church’s concerns about preserving the country and the world as a whole amid the climate change the planet is experiencing. The church had to take a stance and do something about it.”

He said, “The church has launched several initiatives to raise awareness about climate change especially in Egyptian villages, as well as its participation in several events and conferences organized by the Egyptian Ministry of Environment or civil society organizations concerned with climate change issues.”

Ibrahim noted, “The initiative received broad acclaim and many media outlets covered the story, allowing it to have a wider reach. The results of the tree planting competition will be announced before Egypt hosts the COP27 [United Nations Climate Change Conference] in November 2022, and the results of this work will be presented during the conference activities.”

On Nov. 12, the plenary session at the COP26 decided to hold the next edition of the conference in Sharm el-Sheikh, in November 2022.

Fouad noted in a Nov. 25 statement that coordination meetings were held with her counterparts in different ministries to develop an action plan for organizing the conference. “During the meetings, a number of initiatives and implementation mechanisms were discussed, in addition to a package of development projects, based on the National Strategy for Climate Change.”

Kamal Zakher, a Coptic journalist for Shorouk News, told Al-Monitor, “The social and environmental dimension is an integral part of the Egyptian Church’s tasks. It thus contributes to the homeland’s sustainable development.”

He said, “The tree planting initiative helps raise awareness among citizens and educate them on how this important issue affects all aspects of life and has negative repercussions that we can prevent together. The church is thus supporting environmental awareness and social development as well as promoting a sense of solidarity among people.”

He noted, “Egyptian authorities — official or unofficial — have recently paid great attention to addressing the climate change crisis after seeing its effects with their own eyes.”

Othman added, “Many studies have addressed the impact of climate change on Egypt, with top of the list the rise in sea level. The proof is what is happening in the city of Alexandria — the erosion of the beaches and salinization of the soil — while the Nile Delta is threatened by an increase in the area of saline soil, not to mention the violent weather events after which farmers endured heavy losses and many buildings in urban areas were damaged.”

The Egyptian government has not officially commented on the church's initiative. However, a source at the Egyptian Ministry of Environment, who declined to be named, told Al-Monitor, "The initiative was welcomed by the Ministry of Environment due to its importance in raising awareness of the climate change crisis, at a time when we are trying to stress the need to preserve the environment, especially in light of our preparations to host the COP27 later this year."

The source added, "The Egyptian Church cooperates with us in many projects related to preserving the environment, and plays an active role in the field of community awareness. This is a required and important matter for all institutions in conjunction with the Egyptian state's interest in addressing environmental protection and dealing with climate changes. Al-Azhar and the church especially advocate for all Egyptians.”