China’s announcement of an envoy to the troubled Horn of Africa raised questions about the effectiveness of the Chinese role in resolving regional conflicts, especially the Grand Ethiopian Renaissance Dam crisis, which is still a subject of tension and disagreement between Cairo, Khartoum and Addis Ababa. 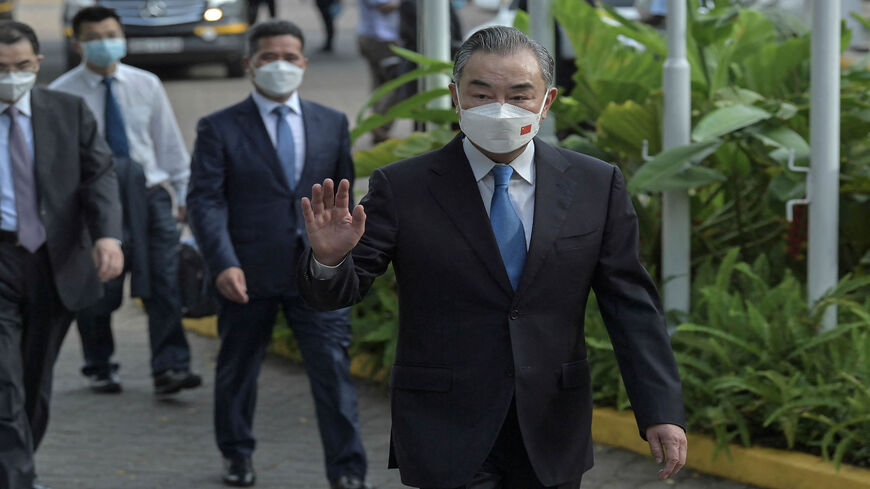 Wang’s announcement came during an African tour that included Kenya, which is deploying diplomatic efforts to halt the war in Ethiopia, Eritrea, which played a clear and open role in supporting the Ethiopian government in the Tigray war, and Comoros.

China has recently emerged as a key player in the region, after expressing support for the completion of the Grand Ethiopian Renaissance Dam (GERD). This was evident in the speech of the permanent representative of China to the United Nations, Zhang Jun, during the UN Security Council extraordinary session on July 8, 2021, who said that through joint efforts, the dam can be completed in a way that enhances mutual trust.

Zhang’s speech shattered the hopes of Egypt of trying to win over China in supporting its position at the Security Council against Ethiopia’s unilateral actions.

Meanwhile, China did not put forward any initiatives to resolve the conflict over the Nile waters despite promises from Wang during his visit to Cairo immediately after the Security Council session on July 18, 2021, to try to reach a solution that meets the interests of the parties to the GERD conflict.

In the latest international move on the GERD crisis, the Security Council issued a presidential statement in September 2021, calling on the observers who attended the negotiations led by the African Union (AU), and other observers that Egypt, Sudan and Ethiopia might want to include to agree on supporting the negotiations with the aim to solve the outstanding technical and legal problems.

However, since the statement was issued, China has yet to propose any initiative to bring the views of the three countries closer.

Despite the stagnation of the international position toward the GERD dispute, the recent months have witnessed increased tension in Ethiopia and the involvement of Eritrea, and the escalation of the political crisis in Sudan. This might motivate China to play a more effective role to protect its interests in the region and prevent slipping into any regional conflicts.

China had taken several positions in support of Ethiopian Prime Minister Abiy Ahmed's government despite the international condemnation of his regime since the war on the Tigray region. China used the veto right to stop any condemnations or sanctions from the Security Council against Ethiopia. It also opposed the issuance of a UN Security Council statement calling for an end to violence in the besieged Tigray region in Ethiopia in March 2021. China wanted to focus solely on the humanitarian situation in the Ethiopian regions affected by the military confrontations between the Ethiopian federal army and the Tigray People’s Liberation Forces, without addressing the violence practiced by the Ethiopian authority in the Tigray region.

China has also opposed US sanctions on Ethiopia. Chinese Foreign Ministry spokesman Zhao Lijian said in September 2021 that his country opposes indiscriminate pressure by threatening to impose sanctions. He called on the United States to deal wisely with issues related to Ethiopia and play a constructive role in restoring peace and stability in Ethiopia.

Wang promised during a visit to Ethiopia in December that his country would support its ally while adhering to a policy of noninterference in the internal affairs of countries when Ethiopians can solve the conflict in their country on their own.

Ethiopia welcomed China's stances in support of its just cause. Ethiopian newspapers described China's positions in the Security Council, backing Ethiopia against the US moves, as highly consistent in terms of its understanding of the conflict in Ethiopia and its solutions.

Salah Halima, deputy chairman of the Egyptian Council for African Affairs, told Al-Monitor, “The prospective Chinese envoy to the region might succeed in providing consensual solutions between Egypt, Sudan and Ethiopia regarding the GERD.”

He explained, “China’s relations with African countries are characterized by a great deal of acceptance [by those countries toward China], as it is not one of the former colonial powers in Africa. China also deals with African countries based on a policy of partnership that takes into account the circumstances and conditions of countries in political, economic and social terms without interfering in their internal affairs.”

Halima said, “China's strategic interests in the Horn of Africa will push it to play a role, especially with the increase in political tensions in most African countries from Sudan and Somalia, to Ethiopia and Eritrea.”

He noted, “All these tensions in the region will prompt key regional players to deter any new threat to regional security as a result of Ethiopia's unilateral actions in the GERD that might harm Egyptian and Sudanese water security. These are the issues that the Chinese envoy will be expected to address.”

Halima added, “Economic pressure from regional actors may be among the most important cards to break the stalemate in the Ethiopian position, especially with the developments of the security and political crisis in Ethiopia and the threats affecting the interests of international partners since the beginning of the war on the Tigray.”

He continued, “If China wants to launch a real initiative, it will have to submit a request to mediate or provide support through the AU to be among the international observers concerned with the course of the negotiations on the GERD. But this path is still frozen as a result of Ethiopia’s ongoing unilateral position and its desire to impose a fait accompli.”

Askar added, “I do not think that Beijing will address the GERD crisis at the present time for two reasons. The Tigray crisis is at the fore in the Ethiopian and perhaps regional scenes in the Horn of Africa. The other reason is the relative calm of the GERD developments since the Security Council session in July 2021.”

He added, “China has a purely pragmatic policy as it seeks to maintain a strong relationship with the two sides of the conflict in the GERD. It views Ethiopia as a gateway to East Africa and has many investments there. Cairo is also an important partner for Beijing in North Africa and an important gateway to Africa. Therefore, China adheres to a neutral policy between the two sides, through which it seeks to preserve its gains and strategic interests.”

Askar continued, “We should not rely on an effective role for China, especially with its position in the [July 2021] Security Council session, which was not encouraging for Egypt, unless Cairo raises the stakes in case Egyptian interests are harmed. This might put pressure on international powers, especially China, and push them to pressure Ethiopia as well, in search of a settlement that would spare the region waves of instability threatening strategic international interests.”