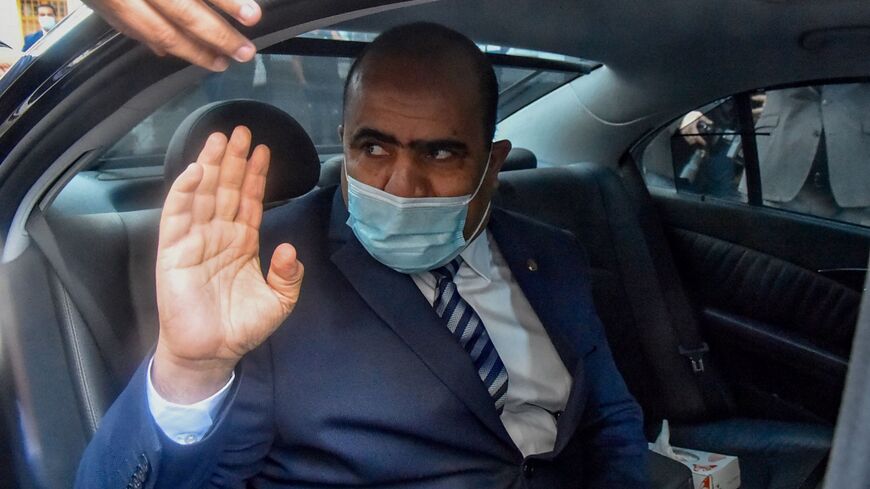 Slimane Chenine, president of Algeria's National People's Congress, waves as he leaves a polling station in the capital, Algiers, after casting his ballot during a vote for a revised constitution, on Nov. 1, 2020. Chenine is now Algeria's ambassador to Libya. - RYAD KRAMDI/AFP via Getty Images

Algeria’s government has opened a new consulate in the Libyan capital, Tripoli, ending an eight-year absence due to the latter country’s civil war.

Algeria’s ambassador to Tripoli, Slimane Chenine, was present for the event, the country’s state-run press service reported on Sunday.

“We stressed the important role of Libya’s neighbors to support the three intra-Libyan dialogue tracks,” Williams tweeted after the meeting.

Nationwide elections set for late December were postponed indefinitely amid wrangling over candidates' eligibility and whether they require a constitutional framework first. No new date has been set, but the UN’s roadmap for elections runs out in June, Williams told CNN this week.

Algeria’s President Abdelmajid Tebboune said last year his government had been ready to “intervene” to prevent Tripoli from being occupied by foreign mercenaries, though he did not specify whether he meant militarily.

Thousands of foreign fighters backed by Turkey, Russia and the United Arab Emirates remain in Libya despite a UN deadline for their withdrawal last year.

US officials have backed UN calls for a full withdrawal of the foreign mercenaries, but Biden administration officials softened that stance late last year, acknowledging that only an elected Libyan government has a chance of effectively demanding the forces leave.

“The national institutions are facing a crisis of legitimacy that can only be solved by allowing Libyans to go to the ballot box to democratically elect a president, a government, and to end years of divisions,” Williams told CNN yesterday.