The UN's assistance mission to Libya expressed "grave concern" over the heaviest fighting in months. 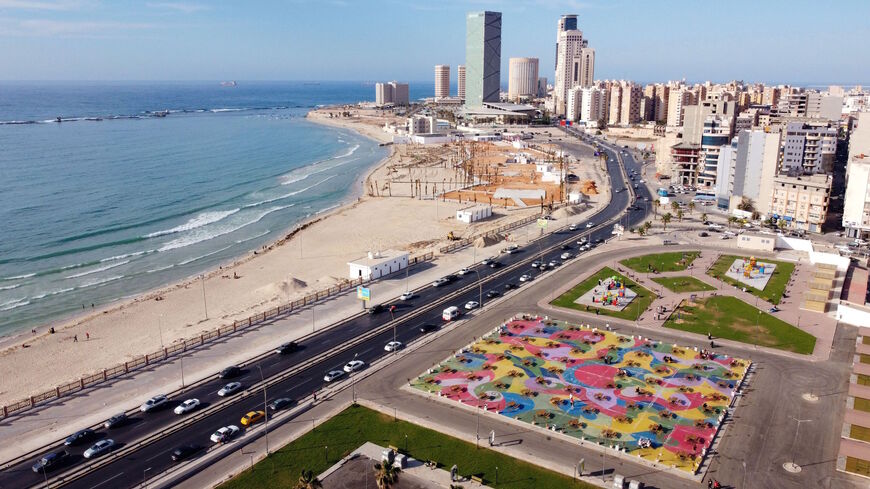 An aerial image shows a picnic tables at a recreational area, built on the former military academy of late Libyan leader Moamer Kadhafi's entourage of female bodyguards, known as "Amazons", between the port and the city centre of the capital Tripoli, on June 8, 2021. - MAHMUD TURKIA/AFP via Getty Images

Residents reported gunfire around 2:30 a.m. in the densely populated Salahuddin district in Tripoli’s south, according to Reuters.

At least some of the fighting was between two major militias, the Stabilization Support Force and the 444 Brigade.

It remains unclear how the fighting began, but the head of a local body established to oversee the capital’s armed groups, Abdulbaset Marwan, said in a statement the Stabilization Support Force took action to “correct” the 444 Brigade’s “deviation” and “noncompliance with military orders.”

The fighting follows clashes between fighters loyal to apparently rival leaders of the Administrative Control Agency militia outside a government building in Tripoli’s center earlier this week.

The United Nations Support Mission for Libya (UNSMIL) released a statement today citing “grave concern” over the violence, including the reported use of artillery in Salahuddin district.

A landmark cease-fire last year brought a hopeful halt to the country’s decade of civil war since the toppling of longtime dictator Moammar Gaddhafi by a NATO-backed uprising in 2011.

The cease-fire, pushed by the UN and US diplomacy, followed a failed offensive by eastern Libyan strongman Khalifa Hifter against the rival, UN-recognized government-based in Tripoli.

Both sides have been bolstered by a patchwork of militias held together largely by patronage systems and local clan ties.

A unity government was established in March after new Prime Minister Abdulhamid Dbeibeh took office a month prior.

Elections are planned for Dec. 24, but efforts to lay the groundwork for the polls have stalled, and there’s been little sign of progress on unifying the country’s factions into a professional military. Libyan Foreign Minister Najla al-Mangoush suggested Wednesday the elections could be delayed if parliament does not reach a decision on electoral legislation in time.

The planned elections have as of yet no legal framework, as parliament missed a July 1 deadline for such a move.

The persistent presence of foreign forces in the country — including Turkish troops as well as Syrian, Russian and African mercenaries — and Hifter's moves to encroach into the political sphere have posed concerns for supporters of Libya's UN-backed reunification plan.