Archaelogists said the board game appeared similar to other games played during the Bronze Age. 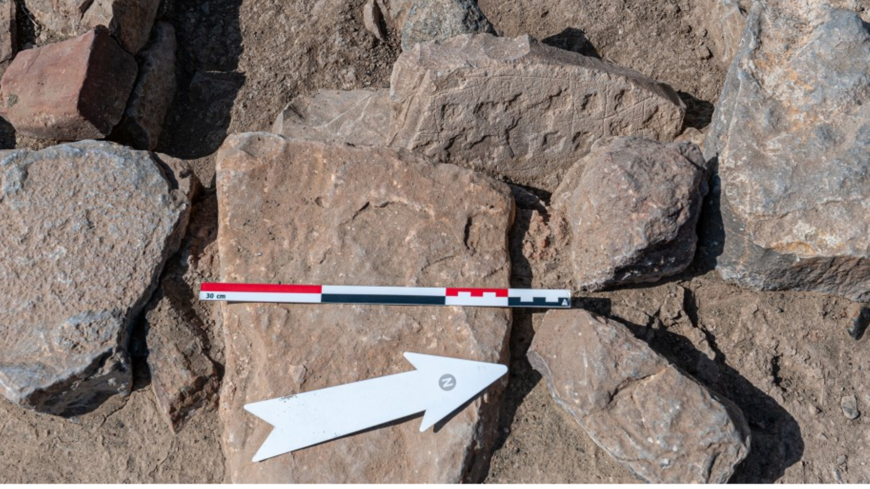 A 4,000-year-old game board made of stone is shown in this image shared by the Polish Center for Mediterranean Archaeology at the University of Warsaw. The board was found recently during the excavation of a Bronze Age site in Oman. -

Archaeologists in Oman have discovered a 4,000-year-old stone board game near the village of Ayn Bani Saidah.

A press release from the Polish university says the archaeologists discovered several towers and Bronze Age buildings “in one of the least studied corners of Oman: the mountain valleys of the Northern Hajar range.”

Inside one of the buildings, they found a board game made of stone with “marked fields and cup-holes,” similar to games played during the Bronze Age.

“Such finds are rare, but several examples are known from India, Mesopotamia and even the Eastern Mediterranean basin,” said lead archaeologist Piotr Bielinski.

“The most famous example of a game-board based on a similar principle is the one from the graves from Ur,” Bielinski said, referring to the Sumerian city-state located in modern-day Iraq.

The archaeologists also found copper objects and proof of copper working at the site.

“This shows that our settlement participated in the lucrative copper trade for which Oman was famous at that time, with mentions of Omani copper present in the cuneiform texts from Mesopotamia,” Bielinski said.

The research area stretches from the village of Bilt in the northeast to Ayn Bani Saidah in the southwest. Archaeologists say human settlement in the Qumayrah region dates back to the late Neolithic period (4300–4000 BCE).