The Sumerian relic is thought to be among thousands of artifacts stolen from Iraq in the last century. 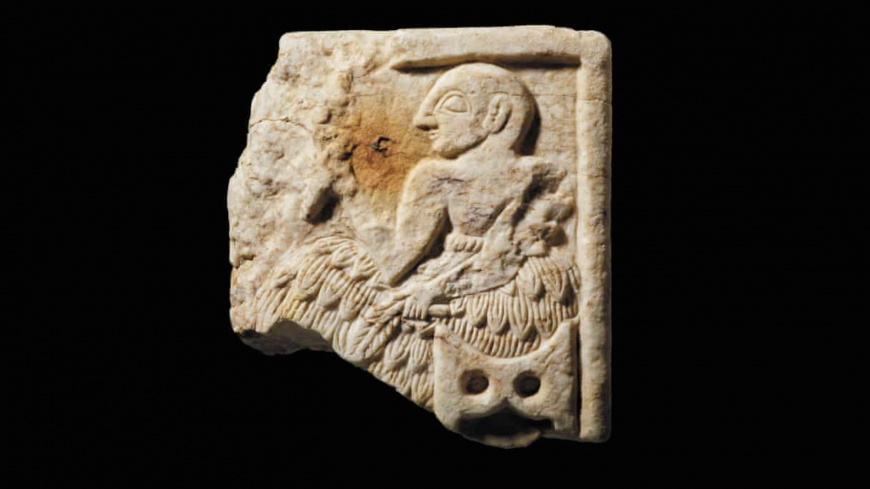 The ancient plaque looted from a Sumerian temple dates back to around 2400 BC. - TWITTER/IIMAS

The United Kingdom will repatriate an ancient Sumerian relic after experts determined it had been stolen from Iraq, the British Museum said on Monday.

The London-based institution discovered the 4,000-year-old limestone sculpture being sold in May 2019 by an online auctioneer, who had listed it as a “western Asiatic Akkadian tablet” from a private collection. The museum experts informed Metropolitan police that the item was actually an ancient plaque looted from a Sumerian temple dating back to around 2400 B.C.

“We’re used to coming across tablets, pots, metalwork, seals and figurines on the art market or in seizures that have been trafficked. But it’s really exceptional to see something of this quality,” St John Simpson, the museum’s senior curator, told The Guardian.

The British Museum didn’t say when the relic was stolen, only that it originated from a temple looted in the 1990s during the Gulf War and again in 2003 during the US-led war.

“This important piece was illegally removed from Iraq and discovered by authorities in the UK,” the British Museum said in a statement. “Temple plaques such as this are rare, and there are only around 50 examples known in existence.”

The British Museum said the Iraqi government had “generously permitted it to go on display” for two months in London before the relic is returned to Iraq.

Thousands of antiquities were looted from Iraq’s museums amid the chaos of the American invasion. In July 2019, the British Museum assisted in returning more than 150 stolen artifacts to Iraq and Afghanistan, including ancient Mesopotamian texts written in cuneiform.

Stolen Iraqi artifacts have also made their way to the United States. In 2018, art-and-craft chain Hobby Lobby paid a $3 million fine and returned about 3,800 ancient cuneiform tablets and other treasures smuggled out of Iraq in 2010.