Will other Gulf states follow UAE decision to shift workweek?

The Emirates' push to better align its economy with global markets elicited mixed reactions across the Gulf. 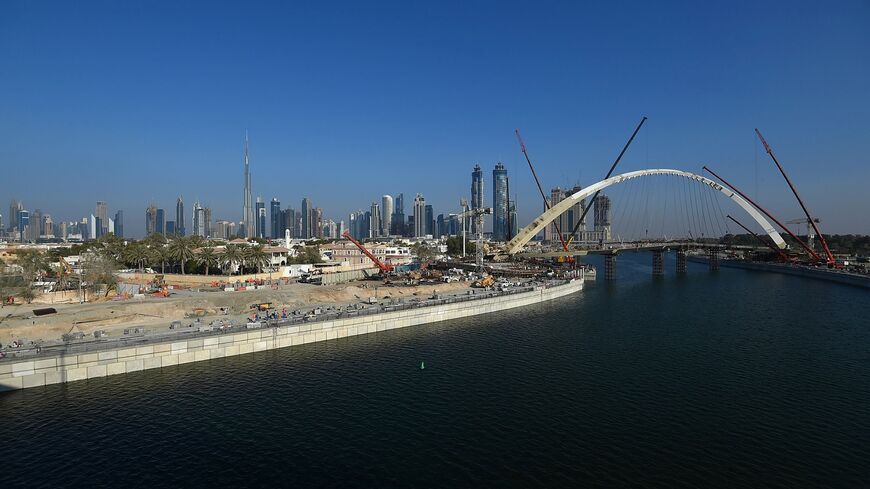 A general view of the extension of Dubai Canal on Oct. 29, 2016, in Dubai, United Arab Emirates. The Dubai Water Canal connects Business Bay to the Arabian Gulf. - Tom Dulat/Getty Images

The Gulf's first Western-style Monday-Friday workweek for public employees, rumored for years, is about to become a reality in the United Arab Emirates (UAE), the Arabian Peninsula's business hub where foreign residents outnumber locals nearly nine to one. Private companies are left with the flexibility to choose what “serves their business best.”

“This is extremely exciting news for the region”, said Hana Al Tareif, founder of Daresni, a Bahrain-based online platform that connects students and tutors. “It is great to see our brothers and sisters taking a first step to align itself with international markets.”

By moving away from the Sunday to Thursday workweek, the UAE breaks ranks with the rest of majority-Muslim Gulf nations, where families gather and attend weekly sermons on Friday, the Islamic holy day. Yet the UAE said businesses should give employees “ample breaks” to perform Friday prayer, while state employees will work half-day on Friday.

“I hope that Bahrain will also move to consider this legal change,” said Al Tareif.

The UAE Minister of Human Resources and Emiratization, Abdulrahman Al Awar, told CNBC the change “does not come in isolation,” rather in the context of “multiple reforms.” Since 2020, the UAE decriminalized cohabitation for unmarried couples and premarital sex, allowed civil marriage and said it would set up a new court for non-Muslim family members.

The federation of seven emirates, particularly Dubai, seeks to position itself as a global financial and logistics hub on par with international cities like Singapore and Hong Kong.

“The change in workweek came as a surprise, we did not expect it! I think the rest of the GCC might follow if they see that it is beneficial and if they try to open up to the world even more,” Joud Ghalayini, a young graduate who works in Qatar’s health tech sector, told Al-Monitor.

Not everyone agrees, though. Reforms labelled "Western" irritate the more conservative elements of Gulf societies. Some say the Arab region should stick firmly to its Islamic identity. “Globalization, besides dissolving the identities of peoples, is a fiery furnace that devours the wealth of nations,” Oman's Grand Mufti, Ahmed Bin Hamad Al-Khalili, said in a tweet.

Faris Almaari, a Saudi citizen, is a political science student at Johns Hopkins University who defines himself as neither liberal nor conservative. He told Al-Monitor there is a “decent chance” Saudi Arabia would consider shifting to the Monday-Friday workweek. But, he said, “I feel the pace of change is going too fast in Saudi Arabia, and now even those people who were demanding change are saying ‘come on, slow down, let us digest things first.’”

Saudi public opinion polls are rare, and online polls are not considered reliable, but 57% of more than 7,500 people who responded to a Twitter poll disagreed on the idea of shifting the kingdom’s weekend to Saturday-Sunday.

A Monday-Friday workweek is unlikely in Kuwait, said Anwar Al-Rasheed, human rights activist and head of the Kuwaiti Liberal Movement. “Circumstances are different; our parliament would block it. The UAE has decided to transform the whole country into a business-focused nation, but that is not the case for other Gulf states,” he told Al-Monitor.

People familiar with Kuwait’s top level decision-making told Bloomberg the most democratic of the six GCC member states has no plans to follow the UAE in changing its workweek.

In 2006, the UAE broke ranks, shifting to a Friday-Saturday weekend from the traditional Thursday-Friday. Gulf states followed suit, with Saudi Arabia last to change in 2013.

This time it is different, believes Mohammed al-Suwayed, a Saudi asset manager. He told Al-Monitor: “For the finance industry, the Monday-Friday workweek would have been a big advantage 20 years ago, but now it is not even a subject; transactions are automated. And it would have more negative social implications than economic benefits, so what for?”

Al-Suwayed added "I see it only as a desperate move from the UAE to try to revive its ‘already oversized’ economy and stimulate economic growth. The UAE grew to what it is now by exploiting every bit of its resources and taking advantage of the passiveness of the region and, in particular, Saudi Arabia." The economic competition has escalated as the kingdom moves reinvent its economy beyond oil revenues.

Boosting work-life balance is also a driver to shift to Monday morning to Friday noon working hours. It makes the UAE the world’s only country to adopt a four 1/2-day week for public employees, state news agency WAM wrote.

The UAE’s conservative emirate of Sharjah said it is switching to a four-day work week.

UAE-based westerners employed by international companies with little to no operations in other Gulf economies, just like public employees, said the Monday-Friday workweek would allow them to synchronize better with colleagues, friends and family members back home.

“Business is business, but why do we have to accommodate them all the way? I'm not even religious at all, but I feel it is always us making amendments to accommodate the West,” Nadia Al Haroon, a business performance analyst in Qatar’s energy sector, told Al-Monitor.

About half of UAE-based business leaders polled in October 2021 by the Economist Intelligence Corporate Network (EICN) prefer the Monday to Friday workweek. “That will please multinationals that are headquartered outside the region, but will no doubt frustrate businesses for which the main focus of their activities is across MENA,” writes EICN’s Middle East and North Africa Director Robert Willock in a note shared with Al-Monitor.

Nicoleta Remmlinger is UAE’s Head of Business Development for 4pi, the UK's largest credit risk consultancy. She told Al-Monitor that the new schedule will be "a mental benefit to both parties, as we would totally focus on our private life during the weekend.”

Hana Al Tareif, the Bahrain-based entrepreneur, said that more technology and automation plus the gig economy meant that "the idea of an eight-hour workday, five days a week, was already becoming a thing of the past.”